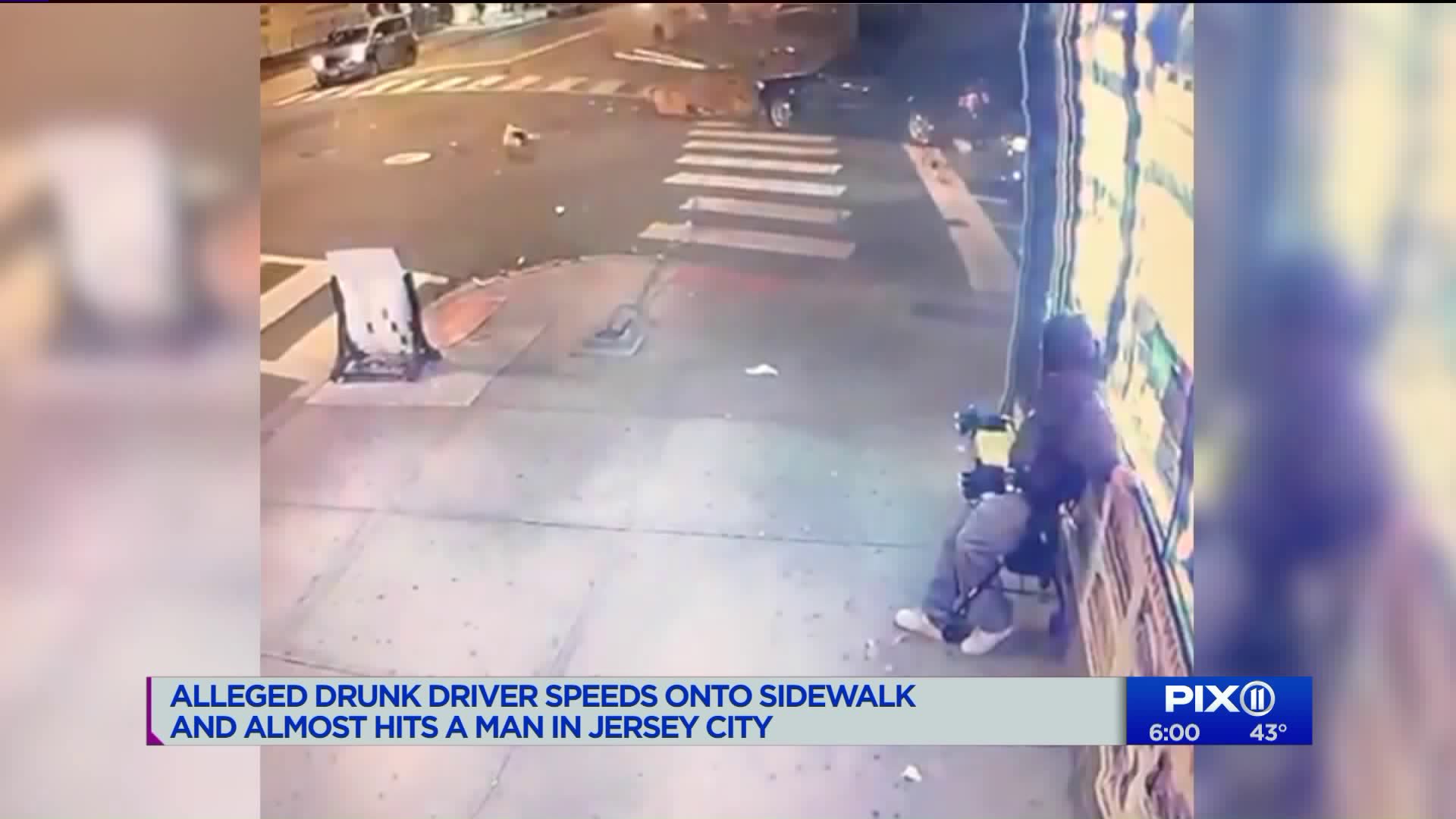 He was sitting in his usual spot, having a cigarette on Feb 9th around 8 at night when he says he had a near death experience. And it was caught on surveillance video.

JERSEY CITY -- A man has been arrested after he allegedly drove his car up onto a curb and drove down the sidewalk, taking out poles, street signs and nearly hitting a pedestrian.

Jay Santiago, who was sitting sits outside of a restaurant, said he's lucky to be alive.

He was sitting in his usual spot, having a cigarette when he says he had the near death experience. And it was caught on surveillance video.

Miraculously, no one was injured.

The driver was arrested and faces multiple charges, including DWI.