Man charged with murder after plowing car into family of 8 in Rockland County, killing woman 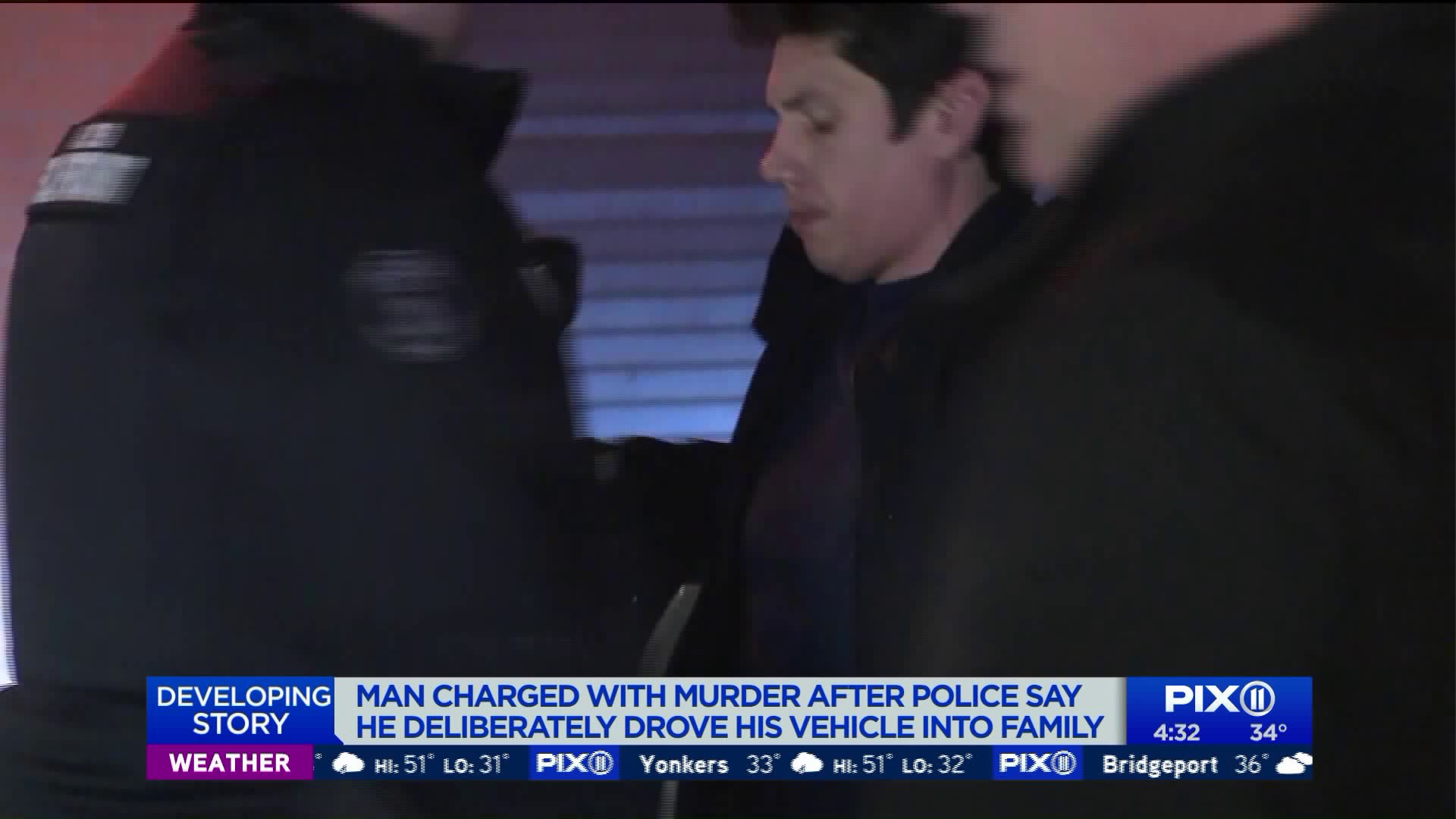 GARNERVILLE, Rockland County — A 35-year-old man is facing murder charges after police say he plowed his car into a family of eight, including a baby and five children, outside a store in Rockland County Wednesday, killing a 32-year-old woman and injuring several others.

Police believe an argument between the family and the driver, identified as 35-year-old Jason Mendez of Washingtonville, may have precipitated the afternoon attack at a 7-Eleven store in the Town of Haverstraw.

Police said the driver hit all eight members of the family and smashed into the storefront before he reversed the vehicle and drove forward again, striking the family a second time.

All of the family members were hospitalized. The woman was later pronounced dead. Police have not released her name. A 35-year-old man and six children, including a 2-year-old child, were treated for non-life threatening injuries.

The knife-wielding Mendez was arrested at the scene after police used a stun gun to subdue him.

"He didn't say anything initially to the police officers," said Haverstraw Police Capt. Martin Lund. "He refused to drop the knife. Then he was tased at the scene and taken down."

Mendez pleaded not guilty at his arraignment on murder and attempted murder charges Wednesday night. It wasn't clear if he had a lawyer who could comment on the charges.