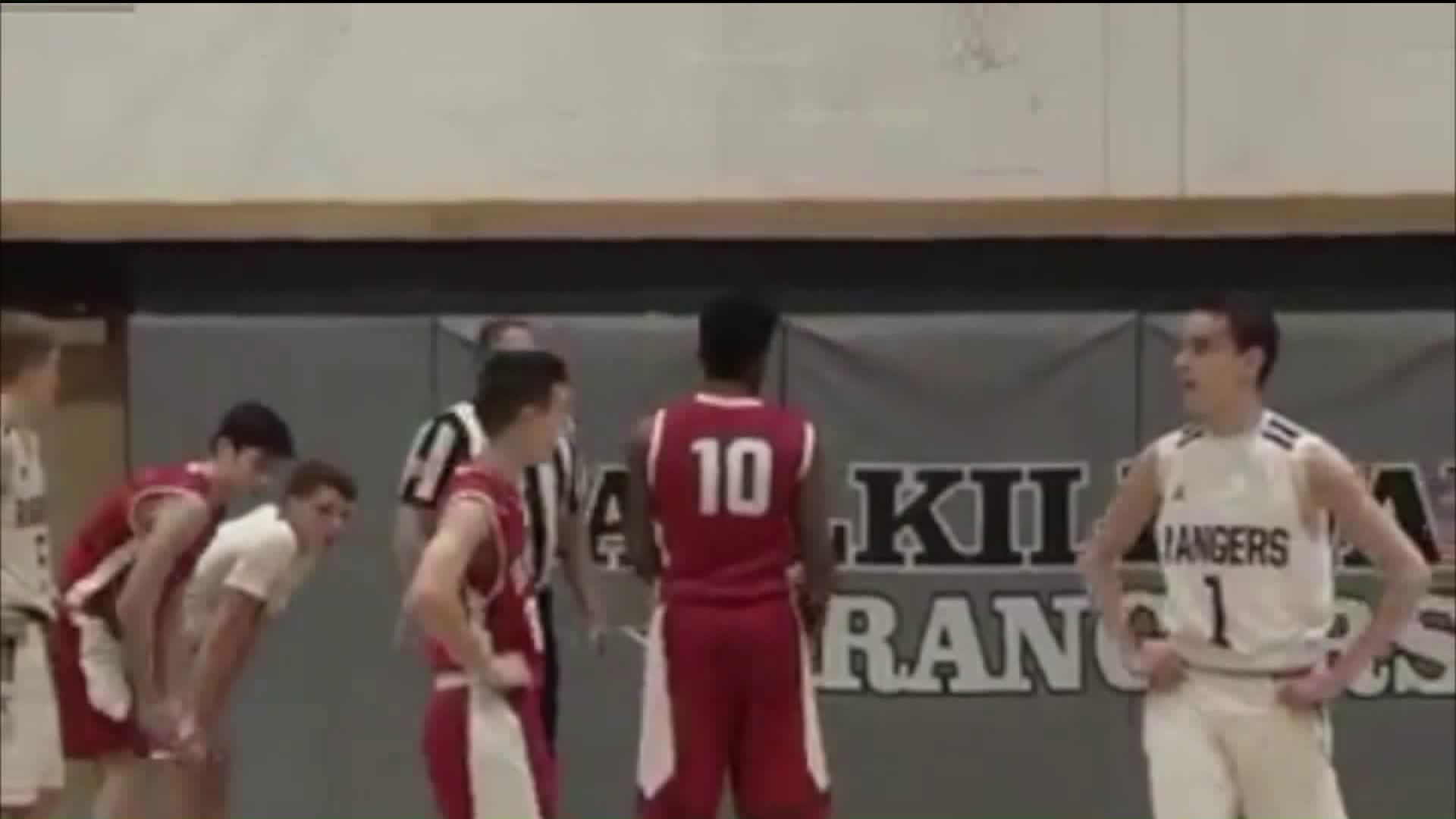 The family of a black high school basketball player from Lenape Valley High School said her son was heckled with racial slurs and monkey noises during a varsity game at Wallkill Valley Regional High School.

HAMBURG, N.J. — A student and his mother in Sussex County claim he was the victim of racially motivated heckling at a high school basketball game last week.

The mother from Lenape Valley wrote in her Facebook post, "During the game my son Nasir Dickerson was subjected to the sounds of monkey noises towards him, and being called a 'N- & Monkey' throughout the WHOLE game. The officials did NOTHING, the school administrators did NOTHING."

"We have this thing when the opposing team takes foul shots, we bark at them. We call ourselves 'the dog pound,'" said a student at the game who didn't want to be identified.

"We were barking at them, like we do every game. We were saying 'you're lucky.' We were waving at them. We never called anybody out, we never stuck a middle finger up," another student said.

PIX11 spoke with a group of seniors sitting front-row in the student section at the game that day who didn't want to show their faces because of the uproar this has caused.

They say they were heckling the other team, and specifically number 10 (Dickerson), because he was their best player. They say it was not racially motivated and they do it to every opposing team.

"We never said anything bad. We never used any racial slurs, never made any monkey noises. Everybody is just accusing us, and Wallkill just doesn't have a good name right now," said an unnamed senior who was at the game.

"It's a terrible problem in society, but I have not seen it, especially at my school. That’s not what we're about. That's not what we stand for," said another unnamed senior.

However, the player's mother claims the slurs were heard by other students, parents and coaches, and as they were leaving someone yelled "you don't belong here!"

Both sides say they have since been the target of online harassment on social media.

In a statement, Wallkill Valley High School Superintendent David Carr said, "as a district we take these accusations very seriously. Racism in any form will not, nor has it ever been tolerated."