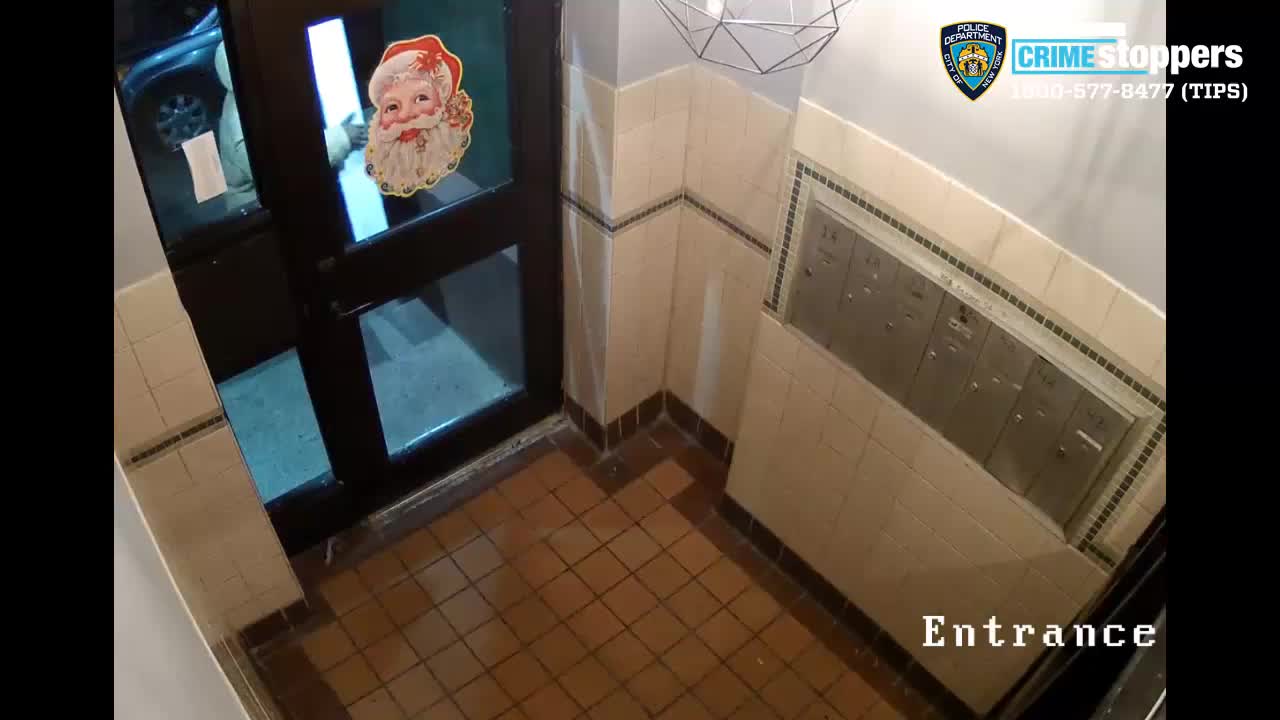 CROWN HEIGHTS, Brooklyn — Police are looking for the four men who allegedly broke into a Brooklyn warehouse and stole several television sets.

It happened on Dec. 23 inside a commercial location on Bergen Street near Classon Avenue in Crown Heights.

Four men forcibly entered a warehouse by breaking through the front door and removed six televisions before fleeing, police said.

Video surveillance shows the men carrying television boxes into the vestibule of a building.