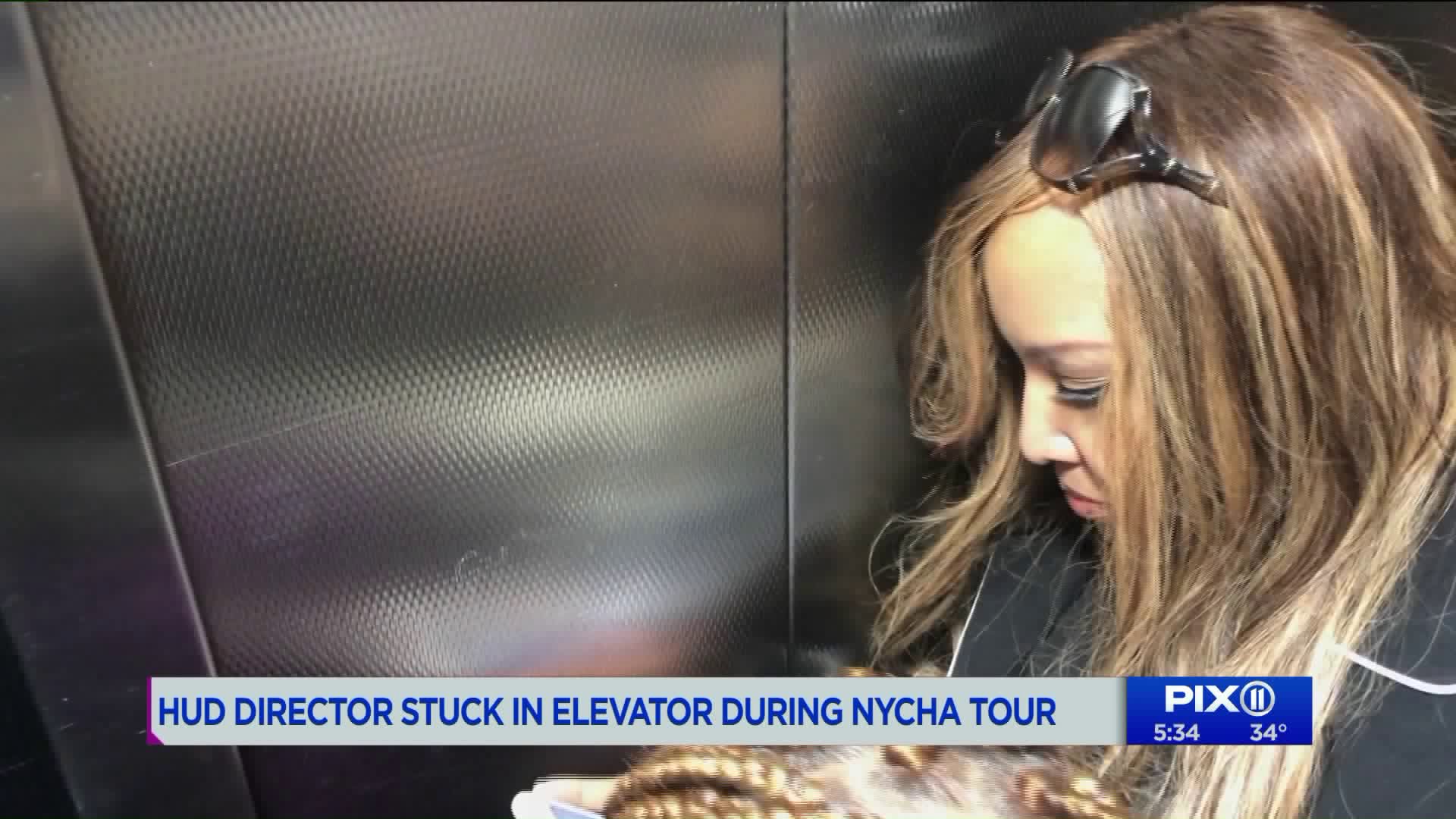 A federal housing official`s monthlong tour of New York City public housing complexes hit a speed bump when she got stuck in an elevator Tuesday. Lynne Patton and 10 other people including reporters and photographers were trapped in an elevator at the Frederick Douglass Houses in Manhattan for about 10 minutes before being freed by firefighters.

UPPER WEST SIDE — On her second week rooming inside NYCHA complexes, Department of Urban Development official Lynne Patton got stuck in an elevator at the Frederick Douglass Houses.

PIX11's Monica Morales, who was also in the malfunctioning elevator, tweeted out a selfie with Patton, along with other reporters, smiling at the camera.

About 10 minutes into the elevator stalling, NYCHA tweeted out that the FDNY were on scene. The group was let out about 5 minutes later.

We have staff here working on this now. FDNY is here too

A NYCHA spokesperson released the following statement following the ordeal:

“The alarm switch was accidentally hit in the crowded elevator, causing it to stop working for a short period. There was no mechanical failure, and staff were on site immediately to help everyone out after a few minutes. We thank FDNY for their fast response as well.”

The top federal housing official in New York has been living in public housing to get an up-close look at the city's troubled system. Patton plans to spend the next four weeks living in four different NYCHA buildings.

Patton will be staying at the Douglass Houses on the Upper West Side alongside Carmen Quionones, the tenant association president for the complex, until Friday.

The city's housing authority, by far the nation's largest with 400,000 residents, has long been plagued by problems including rodents, mold, heat and hot water outages, and evidently, broken elevators.

"The sad reality is that every time I visit a NYCHA property, the trash is picked up on time, the elevators are all operational, the lobbies are sparkling clean," Patton said, using the acronym for the city's housing authority. "So if my presence — albeit temporarily — can bring immediate repairs to 4 different properties and expose the fact that NYCHA is fully capable of regular upkeep, then it is a step in the right direction."