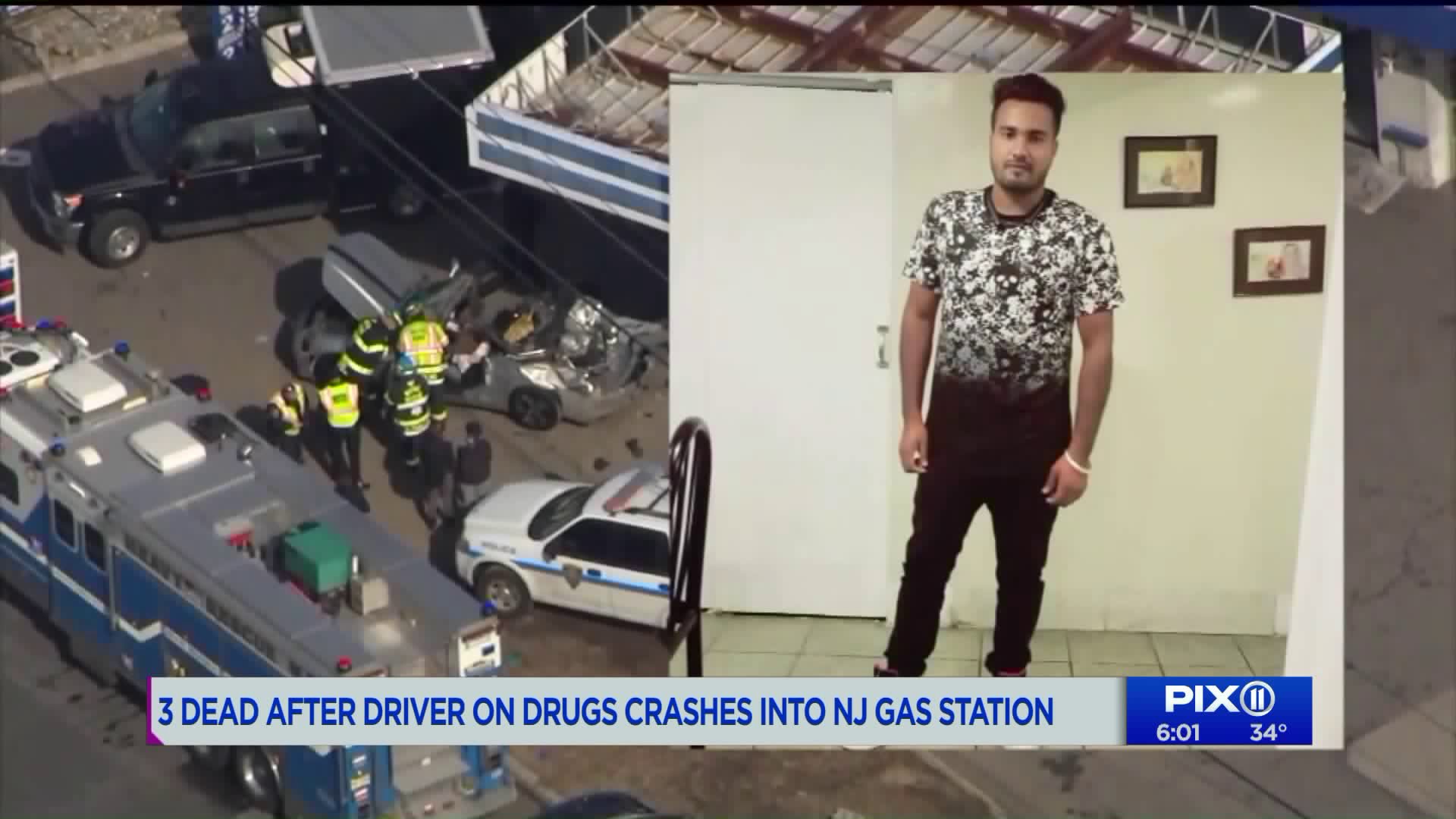 The Passaic County Prosecutor`s Office says the crash occurred shortly before 9 a.m. Tuesday at a Delta gas station on Route 23 northbound in Wayne. It involved a Honda Pilot, Nissan Rogue and Chevrolet Camaro. 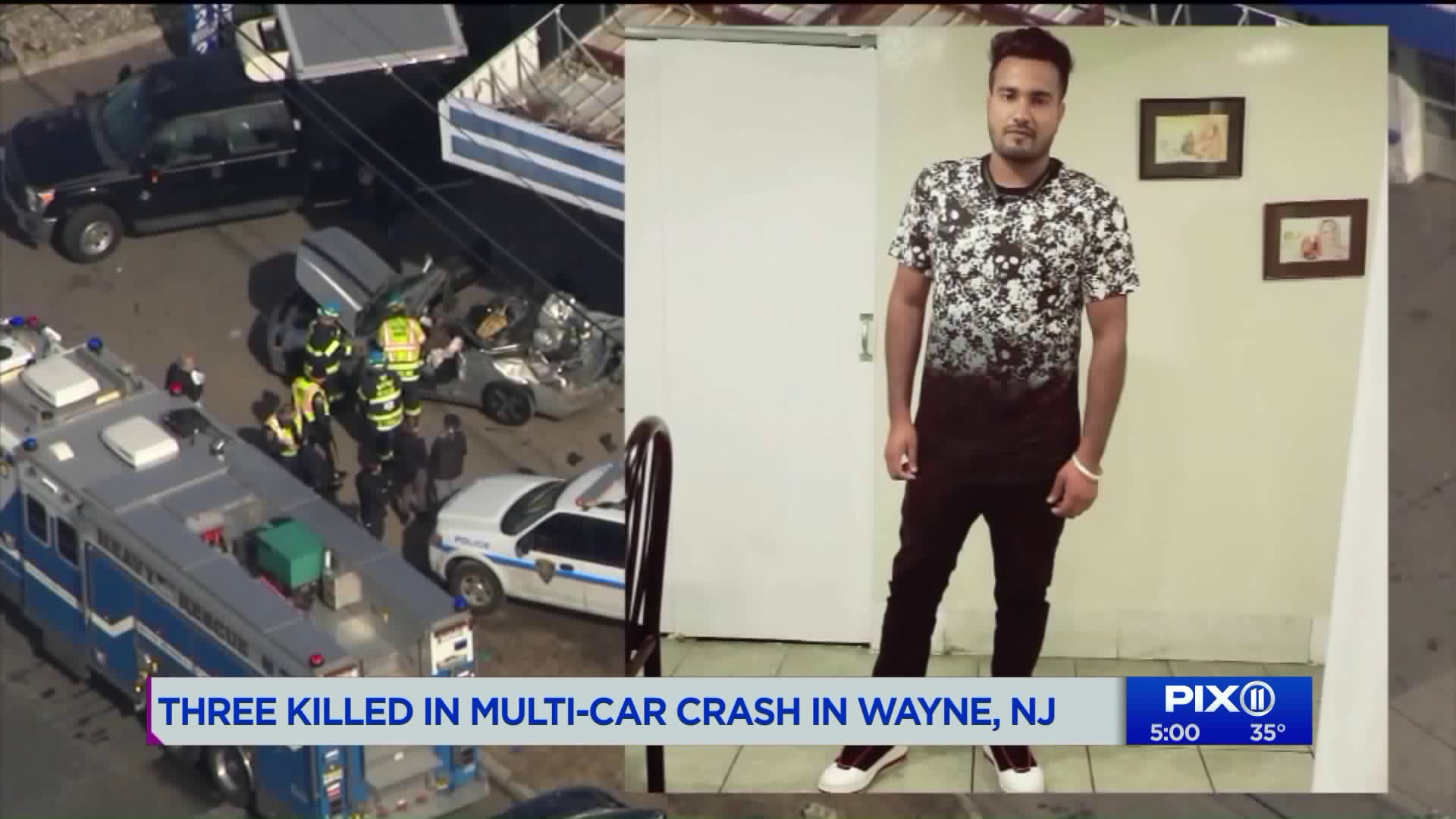 WAYNE, N.J. — The out-of-control SUV driver who smashed into a New Jersey gas station Tuesday morning, killing a father, son and gas attendant, was overdosing on opioids and was revived by Narcan, a source tell PIX11 News.

The driver, who was not immediately identified, barely had a scratch on him, the source told PIX11's Mary Murphy.

Two of the dead were a father and his 17-year-old son, who were inside a Camaro that had its roof torn off, according to the same Passaic County source.

The third deceased victim has been identified as 23-year-old Love Deep Fatra, who worked as an attendant at the gas station.

At 8:46 a.m. on Tuesday,  police responded to the crash on the northbound side of Route 23, near the Delta Gas station, the prosecutor's office and Wayne Police Chief James Clarke said.

The three victims were pronounced dead at the scene. A driver was transported to St. Joseph's University Medical Center in Paterson for medical treatment.

A third-vehicle was also involved but it wasn't immediately known if there was anyone in the car at the time of the crash.