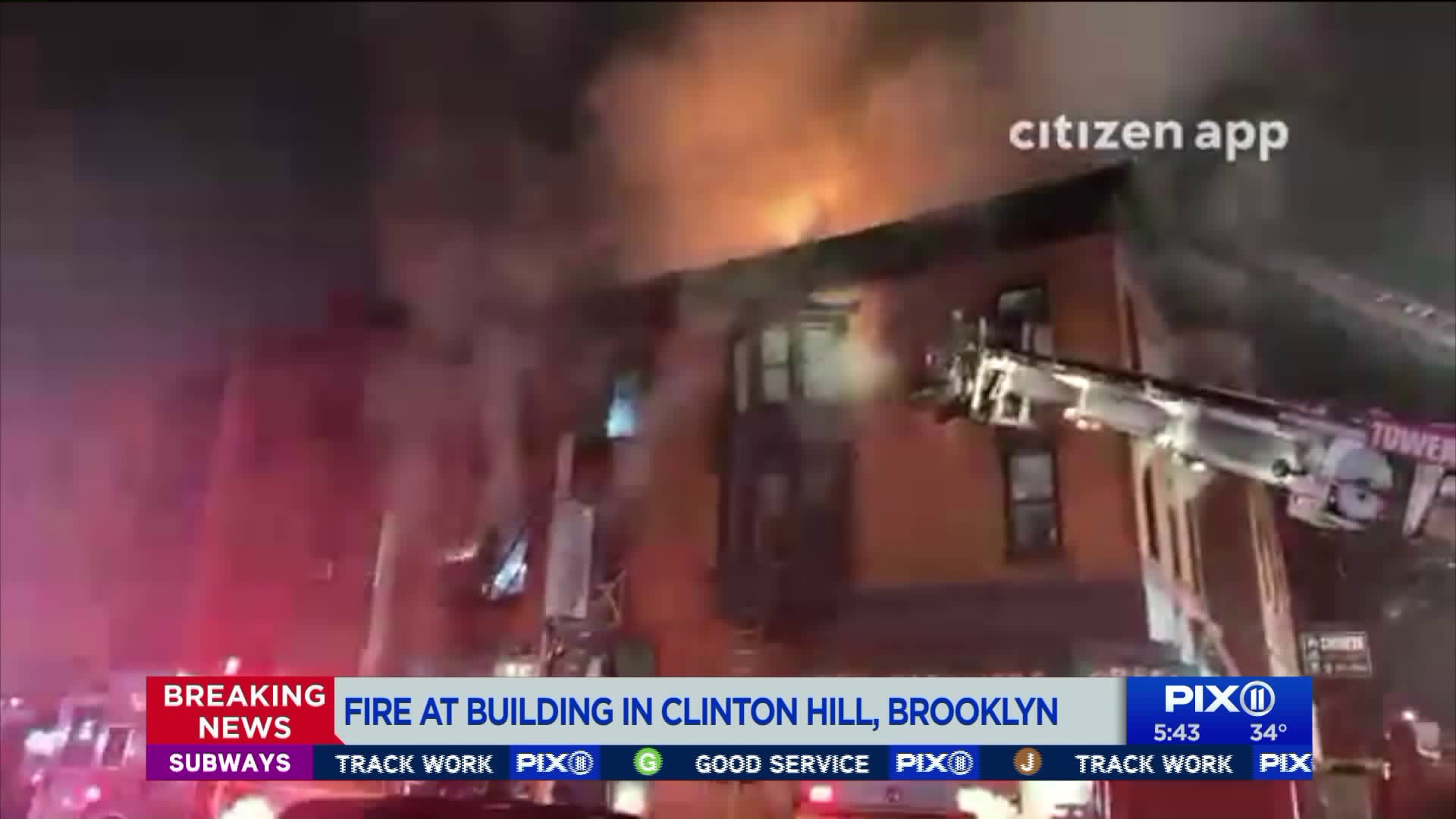 Firefighters fought to put out a four-alarm fire in a mixed-use apartment building, with businesses on the ground floor, early Monday morning in the Clinton Hill area of Brooklyn.

CLINTON HILL, Brooklyn — Firefighters fought to put out a three-alarm fire in a Brooklyn apartment building early Monday morning, according to the FDNY.

The fire, which was reported around 4:45 a.m., burned in a mixed-use building at 141 Greene Ave., at the corner of Waverly Avenue.

The three-story building has a dry cleaning business and Chinese restaurant on the ground floor, with apartments on the two floors above, authorities said.

The FDNY reported just before 6:30 a.m. that the fire is under control and there are no injuries to civilians or firefighters.

This story has been corrected to show that the FDNY is now saying this was a three-alarm fire, not a four-alarm fire as originally reported.