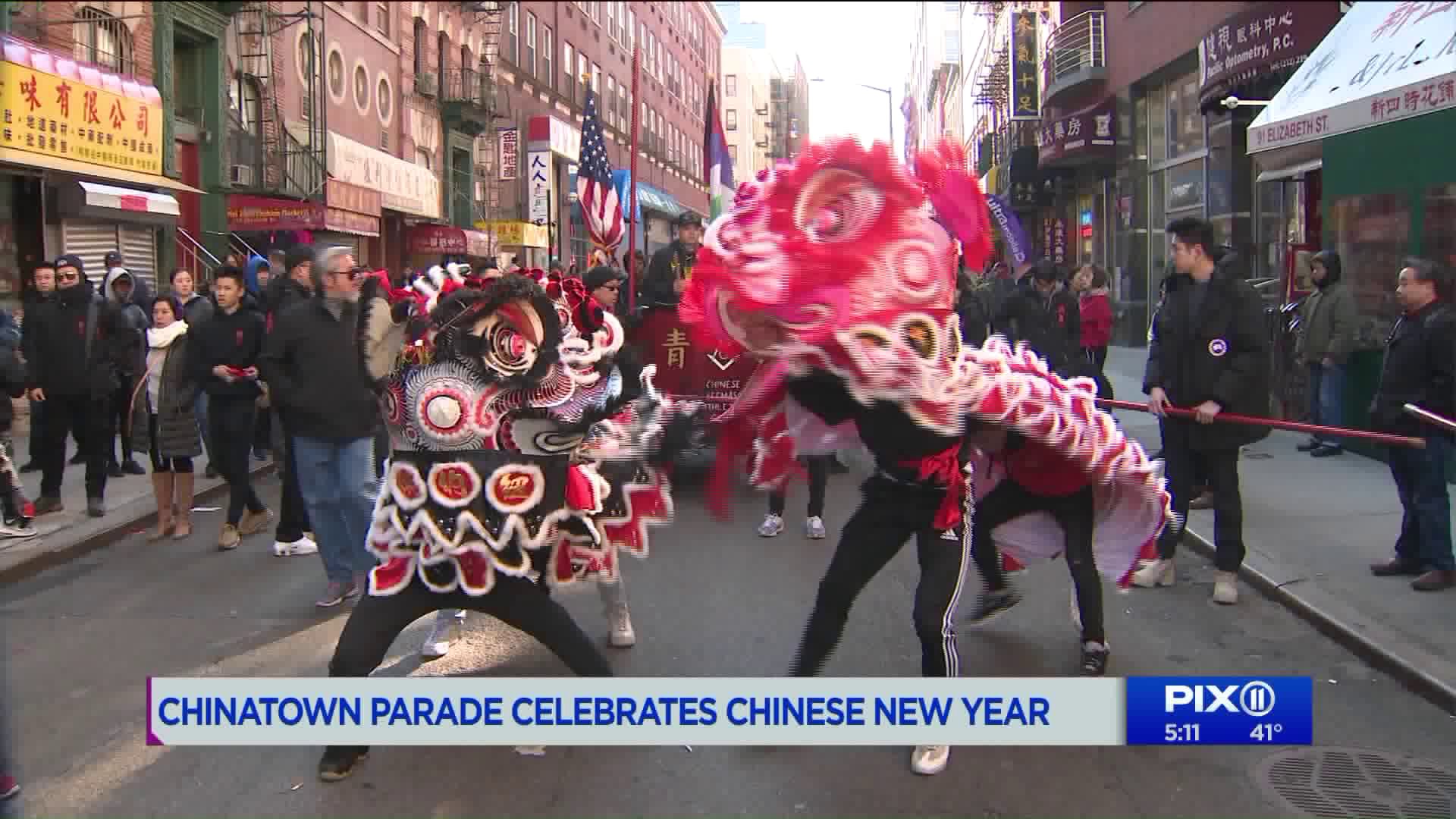 People packed the streets of Chinatown on Saturday, armed with red envelopes and party poppers, to celebrate Lunar New Year.

“I feel like a kid again,” said Karlin Chan of the N.Y. Chinese Freemason Athletic Club. “I’ve been doing this for over 50 years.”

Chan and his non-profit brought some of the roughly 40 life-size lion costumes into Chinatown to celebrate Super Saturday Lion Dance parades as part of Chinese New Year.

Dozens of colorful lions dance from store to store to bring prosperity and good luck as the year of the pig begins. They are also meant to scare away the old spirits.

“The lions go around businesses,” said Chan. “They get an offering, a red packet, usually a few dollars in there or something, and they in turn bless the business.”

Some of the offerings are in the form of food.

“Sometimes, you’ll see a fruit or a lettuce outside [a business],” said Chan. “If the lion eats it, it brings the business good luck.”

Seventeen-year-old Brandon Lee of Staten Island danced as part of a lion with the Chinese Freemasons. He practices year round with high intensity workouts to prepare.

“I’m a jumper,” said Lee. “So the guy in the tail throws me up and I would eat the lettuce and orange.”

Parents said they brought their children to Saturday’s festivities as a way of passing along tradition.

“We came here for the lion festival, for the kids to come here and experience their culture and to just keep the tradition alive for the kids for the next generation,” said Judy Yee of Queens.

“We grew up with it, so we want our children growing up to embrace their culture and heritage as well,” said Gina Bonaparte of Queens.