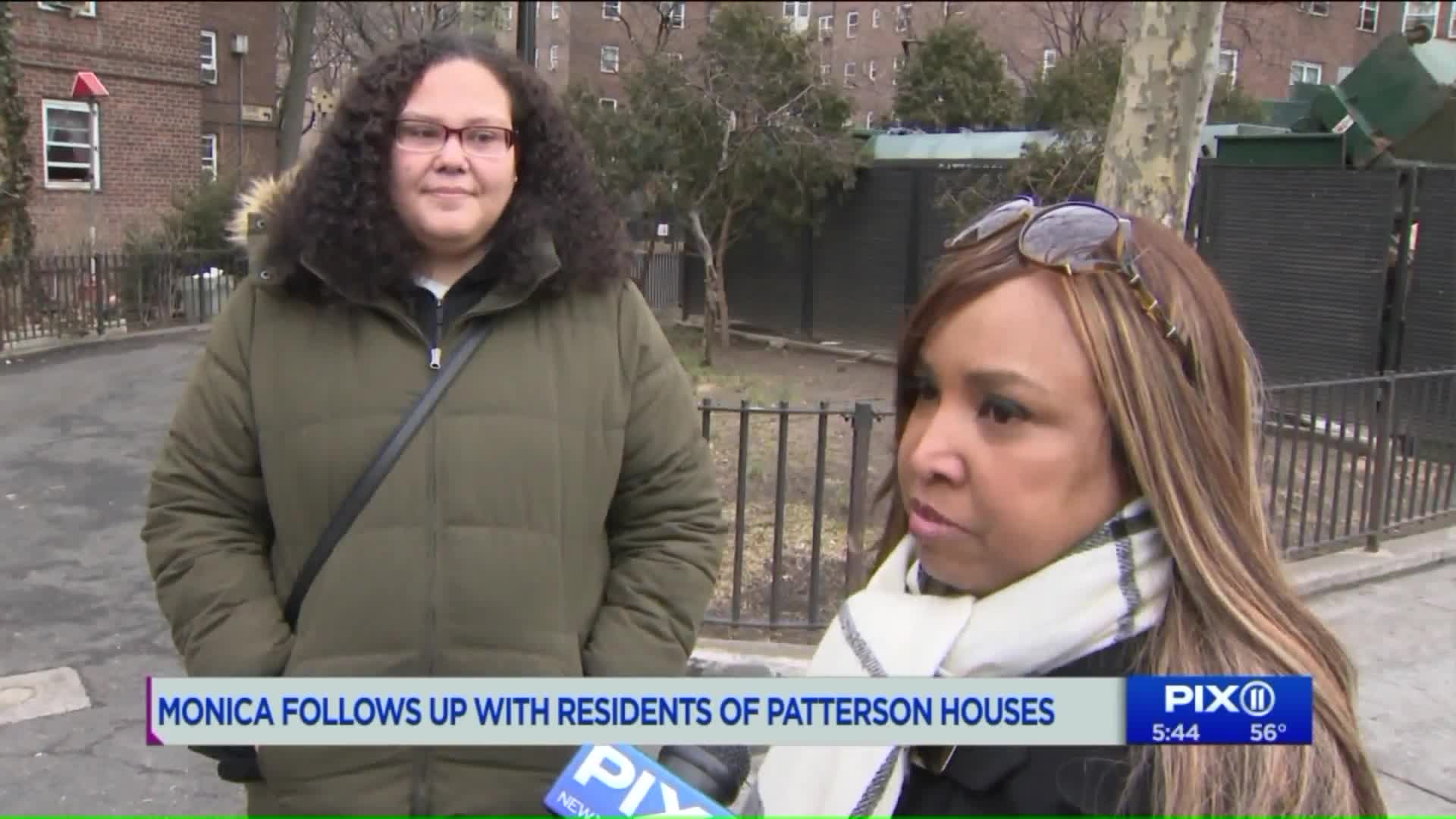 Housing official Lynne Patton says President Trump saw her on TV while she's been staying in NYCHA and is upset over conditions in NYCHA buildings, and wants to talk to Ben Carson about the issue.

"It is a national emergency," Patton said of NYCHA conditions. "I’ll break the news right now on your show. Yesterday, the president saw me on TV, called Secretary [Ben] Carson and wants to have a conversation about NYCHA."

President Trump wants to talk to Patton and Carson as soon as possible about NYCHA. Patton says President Trump was angered about the cost and the conditions inside NYC public housing, and what he saw on television.

"The president is angry. The President is a New Yorker first and foremost. He wants to know where the money is going, like the residents. And why does it still look like this when we are giving NYCHA money," said Patton.

Patton has been sleeping on an inflatable mattress at the Patterson Houses in the Bronx for five days.

Moving out Friday, Patton made this promise to the families at the paterson houses as she was leaving.

“We are going to work with the monitor to get new boilers, two new trash compactors, in the next six to eight months,” promises Patton.

Next week Patton will stay at the Frederick Douglass Houses on the Upper West Side and is planning to take a NYCHA Tenant President to the White House to celebrate Black History Month and also discuss NYCHA.