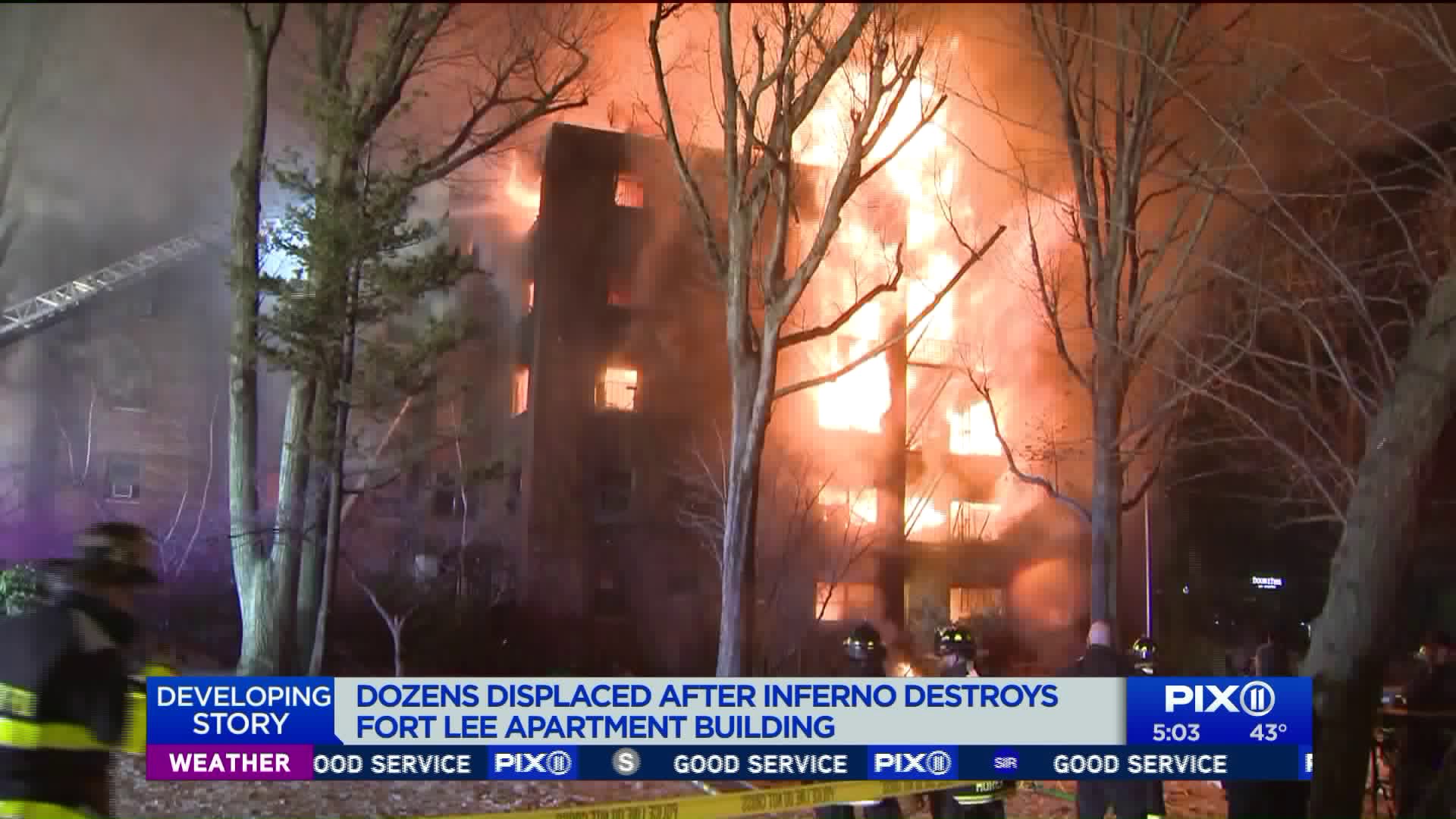 Dozens of residents are displaced after a massive fire destroyed a Fort Lee apartment building.

The fire started at about 4 p.m., in the basement of one of the buildings at the Linwood Park cooperative complex along Edwin Avenue. By 8 p.m., flames continued to tear through the five-story building and quickly got out of control.

Residents from two 45-unit apartments were ordered out of their homes Thursday afternoon, according to the American Red Cross.

People who have lived at the complex for decades were seen fleeing with suitcases before the all-volunteer fire department was forced to let the blaze burn out.

“In a matter of a couple of minutes, it was engulfed in smoke, so I ran outside,” said displaced resident Manuel Varrantes.

“I’m lucky to be alive. Money is nothing. Everything, you can replace it,” said another resident.

The American Red Cross set up a shelter overnight at Fort Lee high school for the residents displaced.