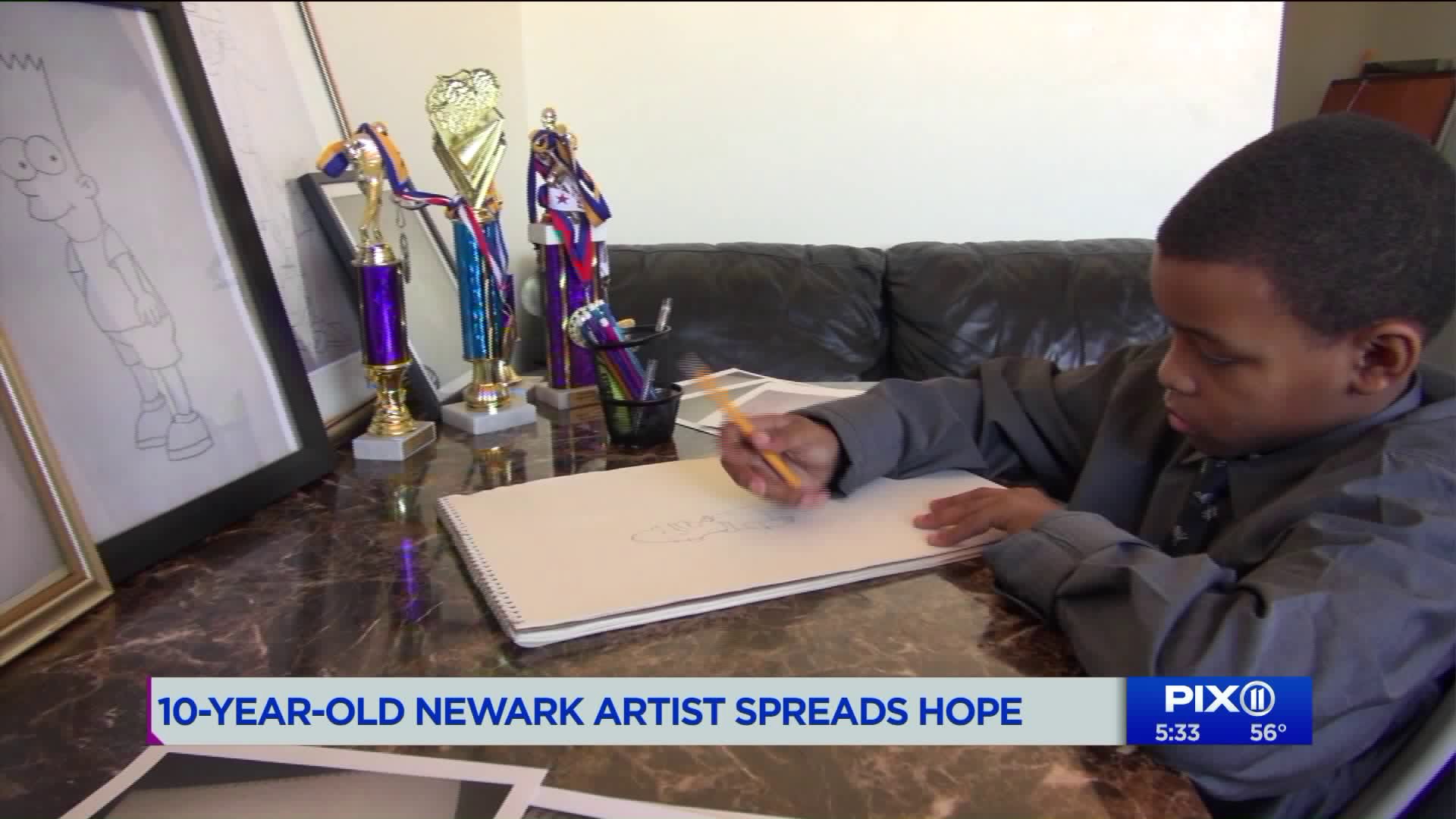 Christian Gray, 10, of Newark has found an outlet in art.

NEWARK - Christian Gray, 10, of Newark has found an outlet in art.

"It cools me down when I’m mad," said Christian.

The boy’s family has struggled with homelessness.

"Christian would often say to his mom 'I like to draw because it makes me feel like I'm a super hero, and I could change the world for the better,'" his aunt, Carrie Booker, tells PIX11.

Things are stabilizing for the family. Kanisha Gray, Christian's mom, found permanent housing after being on a waiting list for an apartment for months.

Prior, they lived in a homeless shelter, which is where Christian honed in on drawing cartoon art.

Recently, the family was walking though Newark Penn Station when Christian noticed the many homeless inside.

"He said, 'I want to draw a picture'. And he drew that picture," Kanisha pointed to an original cartoon her son created of a man who is hungry.

After that, Christian decided to do something about it. He and his mom brought 100 sandwiches and water to the homeless at the train station.

"We went to Penn Station. We gave them sandwiches and water," said Christian. "It made me feel great."

Kanisha Gray wants her son to focus on the future.

"I know he can go far. I know he’s capable of doing more," she said. "We know where we came from. We just want to succeed from that."