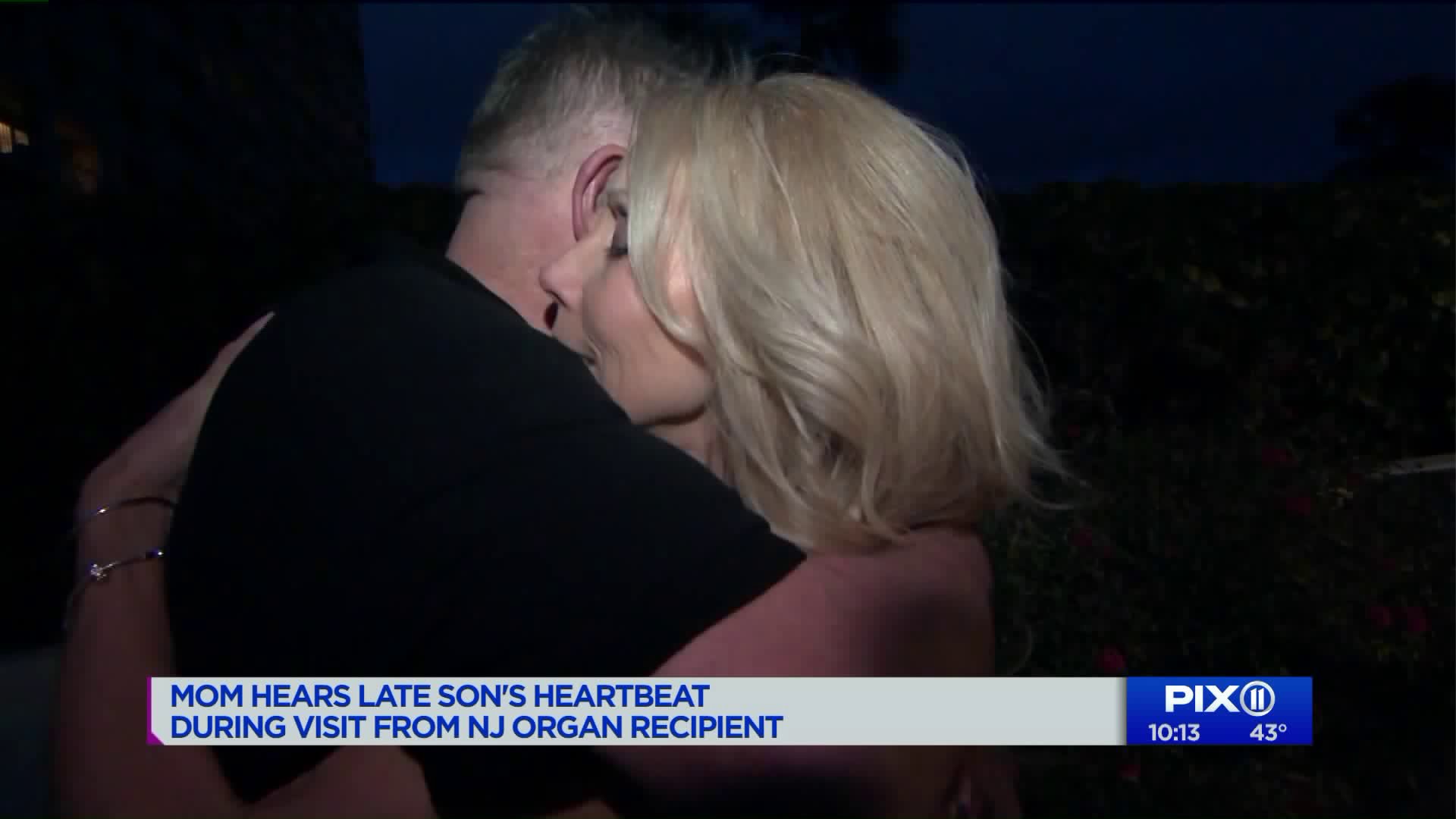 He was killed by a punch to the face after he left a wedding in Queens. The 35-year-old man was an organ donor. Hs mom met the man who received her late son`s heart.

BOCA RATON,  FL — "I really can feel it," Donna Kent said with a huge smile on her face, as she touched the chest of 58-year-old Sean Moynihan, a retired EMT from New Jersey who drove all the way to Florida to meet the Mom who donated her late son's heart last August.

Moynihan's wife Jill was apologizing when she hugged Kent, who had donated all of the vital organs of her son, Sandor Szabo, to four needy recipients in New York and New Jersey.

Sandor Szabo was only 35 when he was killed last August by a single punch to the head in Long Island City that sent him flying into a sidewalk curb, causing a catastrophic brain injury.

Kent was nervous and excited on Valentine's Day, in the hours leading up to her first meeting with the New Jersey man who received her late son's heart.

She was waiting with PIX11's Joe Mauceri and Tony Mazza, who had driven from New York Mets' spring training to witness a moving meeting between a grieving mom and the man who received her son's heart last August.

Kent had a stethoscope ready in the family’s Boca Raton condo, so she could hear the strong heartbeat in Sean Moynihan’s chest.

"When I first woke up from the surgery, I felt different," Moynihan said. "I had had a debilitating weakening of the heart. Now, I walked up and down four flights at our hotel."

Jill Moynihan continued to get weepy, telling PIX11 that her husband has "O" positive blood and needed an "O" positive donor.

The Moynihans, parents of two daughters, brought a special gift for Donna Kent on this Valentine's Day – a teddy bear, holding a heart.  Inside the stuffed animal, there’s an audio recording embedded of Sandor’s beating heart.

Donna Kent held the teddy bear close to her ear and cried.

Sandor's only brother, Dominick, used a stethoscope to listen to his brother’s strong heart, beating inside Sean Moynihan’s chest.

"He was the most active guy you'd imagine," Dominick Szabo said of his brother. "Twice as active as myself."

It turns out Sean Moynihan shares a love of the ocean, and fishing, with the late Sandor.

"It was a perfect match," Moynihan said. "They're reducing my medications. I have no side effects."