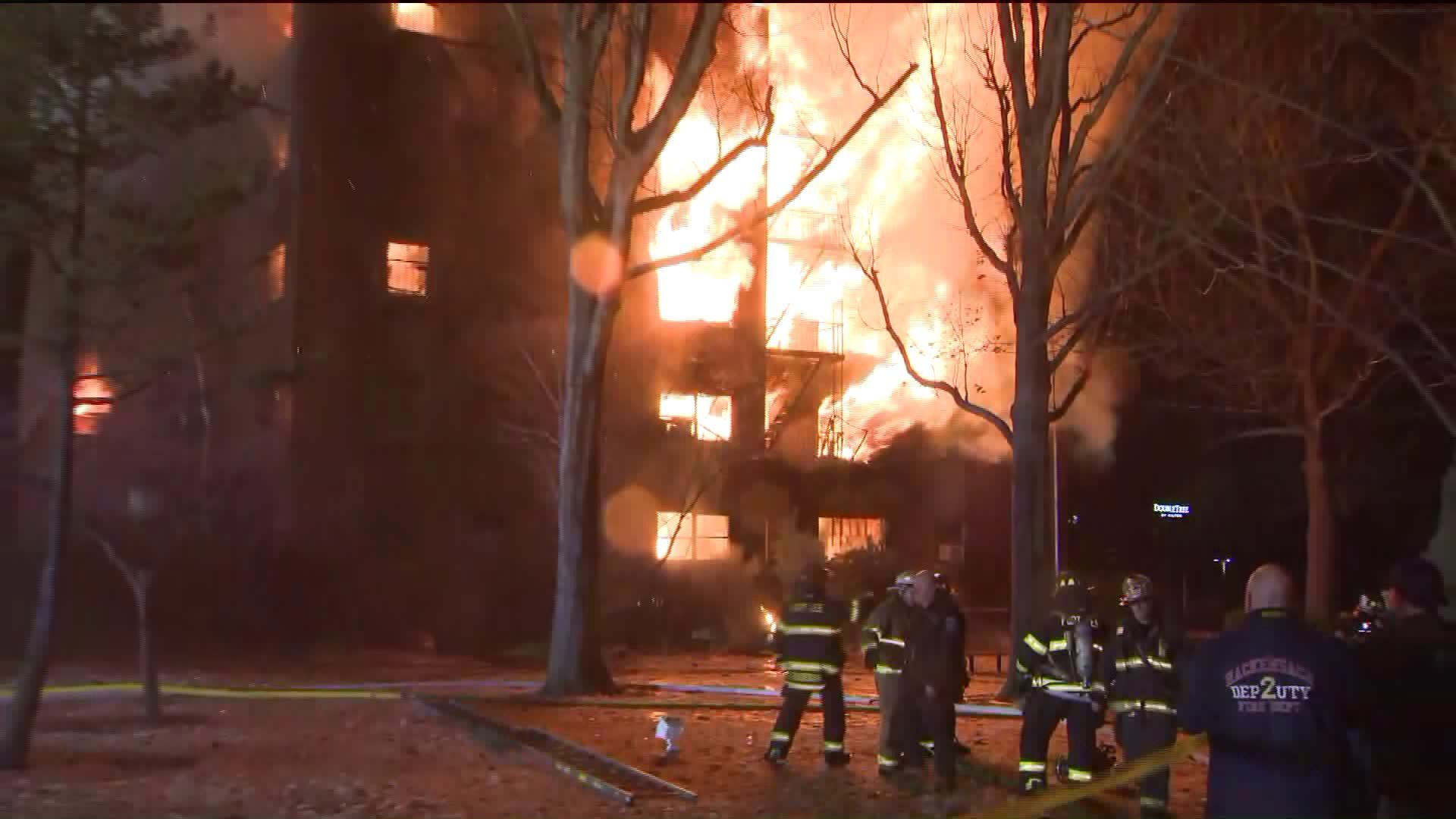 Firefighters worked for hours Thursday afternoon into night to put out a massive fire that burned through an entire Fort Lee apartment building and risked jumping to another.

NJ.com reports the fire started around 4 p.m. and says flames and smoke were seen shooting out of every floor by 7:30 p.m. PIX11's AIR 11 showed the blaze continuing to tear through the five-story building at 8 p.m.

"I saw smoke that was very thick and within a matter of a couple of minutes it was completely engulfed in smoke, so I just ran through the staircase, down to outside," said Manuel Barrantes, a resident of the building.

Fort Lee Police confirmed the location of the fire on Twitter as Edwin Avenue near Linwood Plaza, which is just a few miles from the George Washington Bridge.

The Fort Lee Fire Department has their hands full, and they are doing a great job. OEM is relocating displaced residents to the Senior Center at 319 Main Street. #FortLeePD pic.twitter.com/7Oq0X9AqwS

"Because of the structure of the building and its architectural component, [it] spread very quickly," Fort Lee Mayor Mark Sokolich said.

"As far as Fort Lee residents, displaced families, please go to the Fort Lee Senior Center. Food, everything has been arranged for you. You will have a home tonight – That's guaranteed," Sokolich added.

Cindy Cwiebel, a resident of the burning building told PIX, "A bunch of us called 911 and I said 'get out of the apartment, get out of the building.' They're trying to keep it away from 30-01, but the other building that's attached to us is gone."