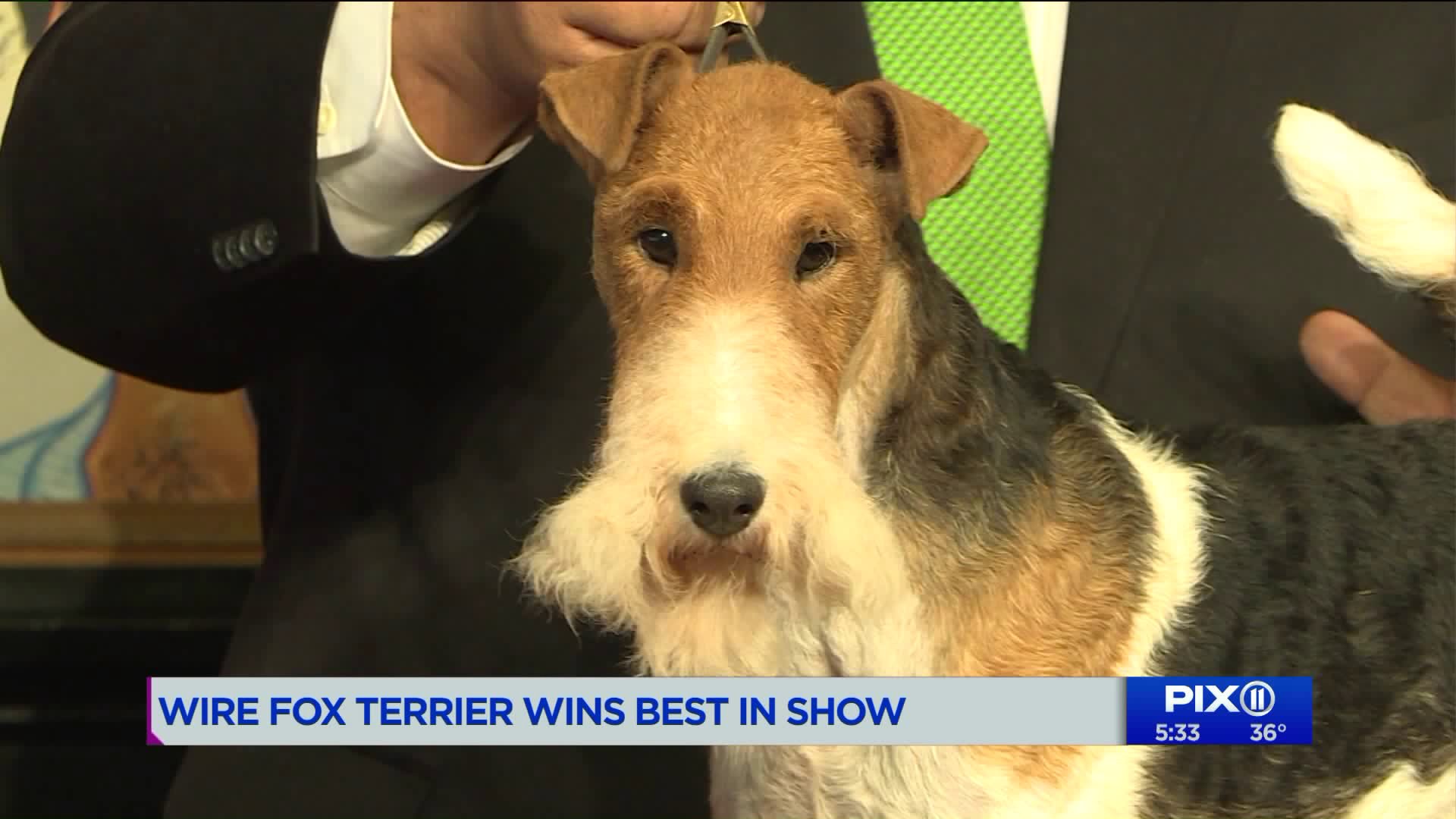 A wire fox from Brazil who`s won big in Europe became America`s top dog Tuesday night, beating out a crowd-pleasing longhaired dachshund and popular Sussex spaniel. There were some boos along with modest cheers at Madison Square Garden when judge Peter Green pointed at the 7-year-old King.

All hail the “King.”

As per tradition, the Westminster champion took a victory lap, celebrating his win at Times Square’s Sardi’s Restaurant where he chowed down on unseasoned, medium-well steak

His handler, Gabriel Rangel from California, is still elated over the win.

“Winning the Westminster show - that’s basically [it], there’s nothing else to win after that and he’s just achieved everything we can ask for,” Rangel told reporters.

With retirement on the horizon, the 7 -year-old wire fox terrier showed some interest in broadcasting by taking a bite out of a reporter’s microphone during Wednesday’s Sardi’s visit.

This year the Best in Show honor came with a little controversy with critics saying the title should've gone to another unsung pup.

When King was named the winner, a subtle wave of boos could be heard emanating from the Garden.

Some on social media griped over the fact that the terrier breed has won the title 15 times in the past, suggesting a need for new blood.

The New York Times went as far to dub the breed “the New England Patriots of dogs.”

King’s owner Victor Malzoni Jr. was unfazed by the criticism.

“Well they have to find someone who’s going to beat the Patriots, you know, because its every year and every year because they are the best,” Malzoni quipped when asked about the criticism.

King will continue his victory tour in the Big Apple with a visit to the top of the Empire State building and later this week he will make his stage debut with a walk-on part in the Broadway musical “Pretty Woman.”