NYC pushes to get driver’s licenses for undocumented immigrants 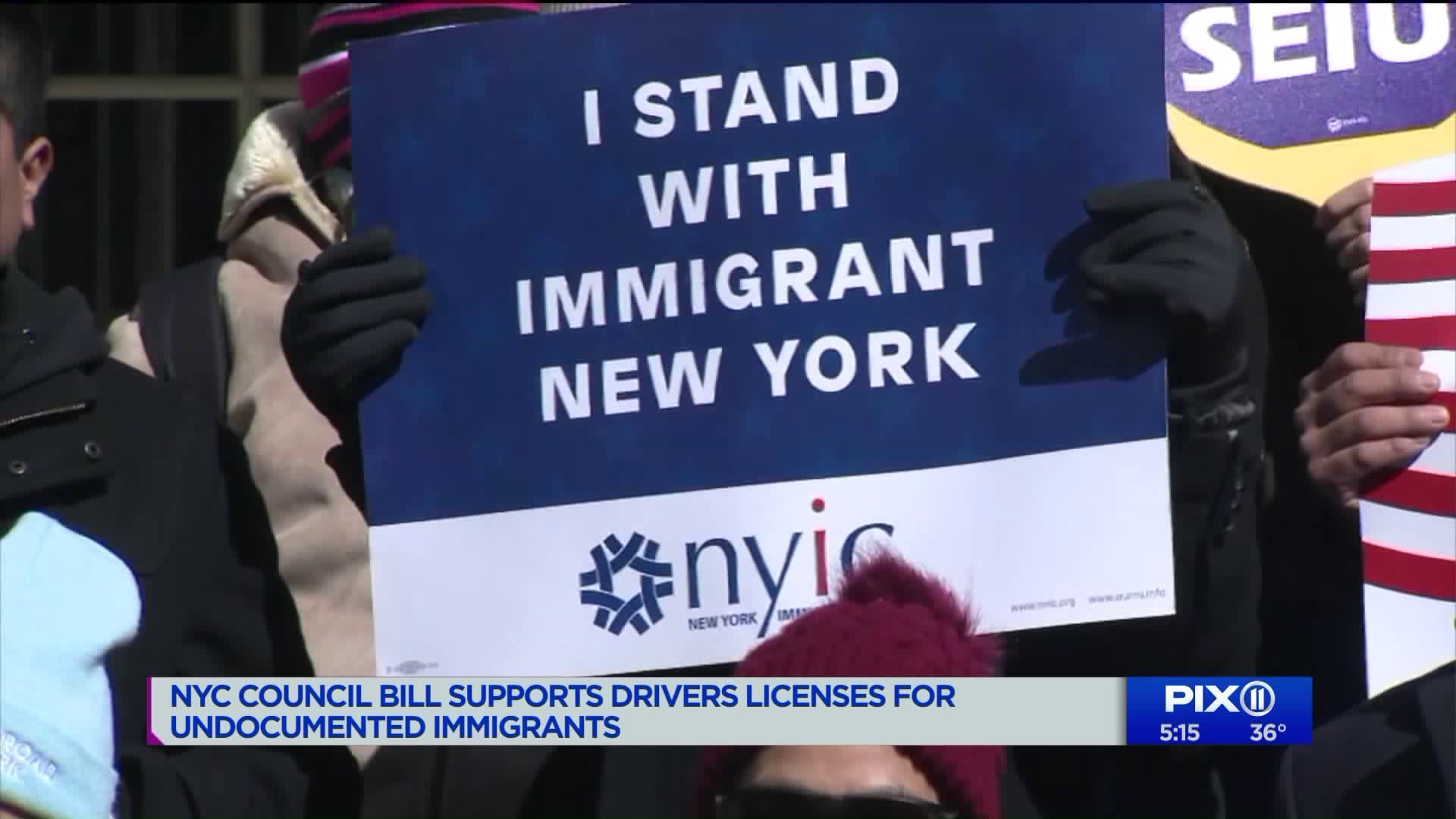 Rallying on the steps of City Hall, elected leaders and advocates are pushing for all immigrants regardless of legal status to be given driver`s licenses.

NEW YORK -- An estimated 570,000 undocumented immigrants are currently living in New York State — the majority in New York City — may soon be eligible for driver’s licenses.

Rallying on the steps of City Hall, elected leaders and advocates are pushing for all immigrants regardless of legal status to be granted the privilege.

“The one thing we are hearing from our immigrant communities from Brentwood to Buffalo is drivers licenses are the single biggest issue,” said Steven Choi with the New York Immigration Coalition.

Immigrants themselves testified that having nobody with a license in their family keeps them in the shadows, and can even put their lives at risk during medical emergencies.

Twelve states including Connecticut, plus the District of Columbia, already issue driver’s licenses to everyone.

However, not all New York drivers agree with the policy. They are raising concerns about cost, language barrier, fraud and safety.

Rodriguez points to the fact that going through the licensing process and learning the local laws will improve safety on the roadways.

Governor Elliot Spitzer tried to do immigrant driver’s licenses unilaterally in 2007 — but backed down after push back from local officials— including now Lieutenant Governor Kathy Hochul.

Hochul and Governor Andrew Cuomo now say they support licenses for all immigrants.