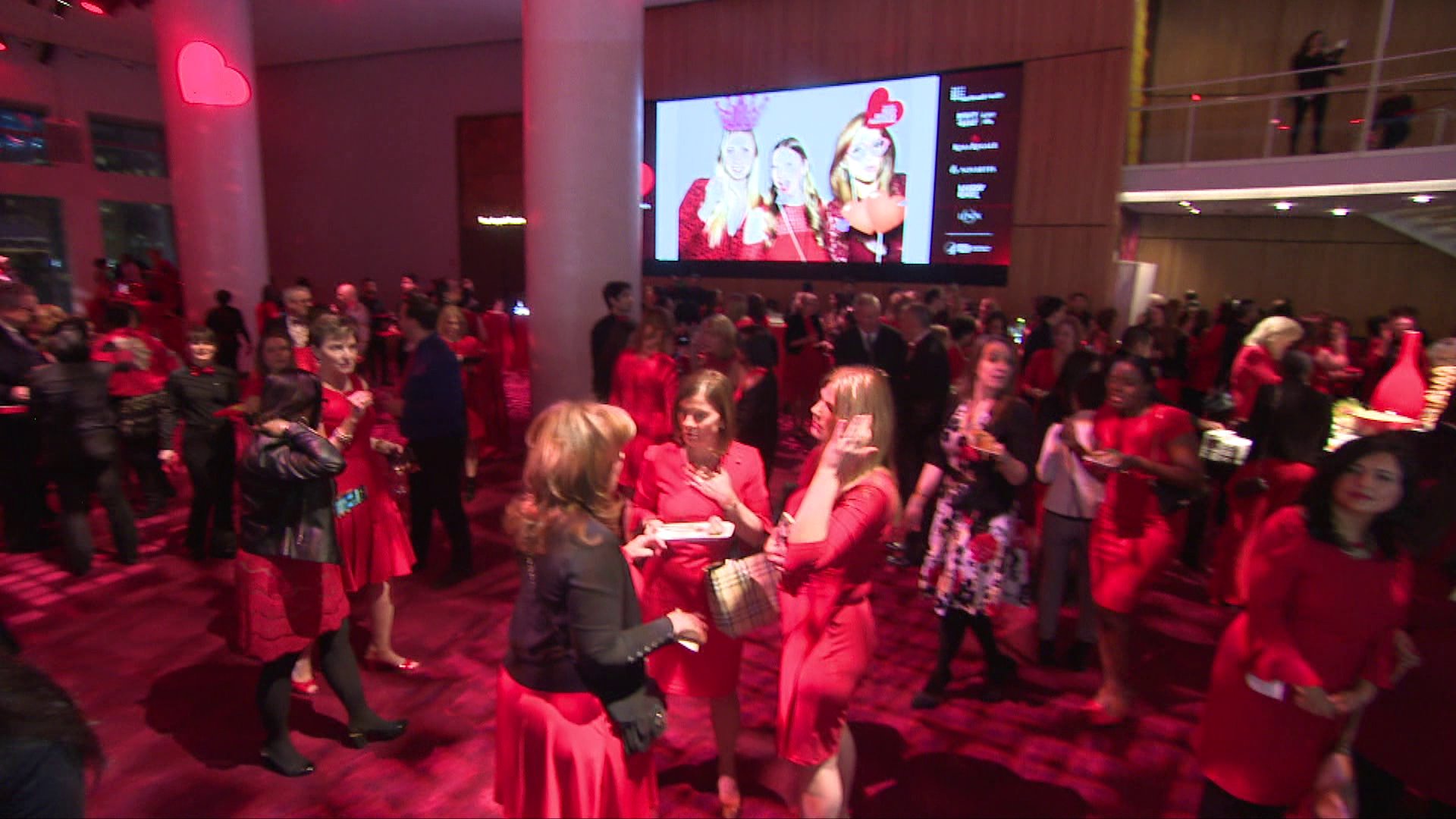 The 16thannual Woman`s Day Magazine Red Dress Awards were held Tuesday night at Jazz at Lincoln Center. Honorees includeactresses Angela Bassett and Chandra Wilson, as well as others for their work as heart health advocates.

MIDTOWN – The 16th annual Woman’s Day Magazine Red Dress Awards were held Tuesday night at Jazz at Lincoln Center. Honorees include actresses Angela Bassett and Chandra Wilson, as well as others for their work as heart health advocates.

The all-star event also featuring a musical performance by Ann Wilson of the group Heart, and Alexa Ray Joel.

“I’m dedicating my performance to my grandmother who struggled a lot with her heart for many years and we were really close, so this is kind of a family moment very personal for me,” said Joel.

The daughter of famous parents Christie Brinkley and Billy Joel, now a talented artist in her own right, performed two songs with special meaning.

“It’s called 'Beautiful Sights' for my grandmother, and it’s just about dreamers, the sensitive types in life because she was one of those and I’m doing 'New York State of Mind,' how could I not, we’re all in a New York state of mind here tonight,” added Joel.

Joel’s maternal grandmother, Marjorie Brinkley died in 2012 at the age of 81.

Also, a special guest on the red carpet was soap star Susan Lucci, whose recent revelation about emergency life-saving heart surgery last year - has led to an outpouring of support from around the world.

Last October, Lucci nearly died after suffering chest pains. It turned out one of her arteries was 90-percent blocked, the other 75-percent blocked. The cause – calcium deposits, not cholesterol.  Lucci, at 72, still works out several times a week and has been known to be the picture of health. Turns out it’s all in her DNA. Her father suffered a heart attack in his 40’s, also due to calcium buildup.

During the event, she sent love to her fans. “Thank you so much for all your good wishes and want to say right back at you, I value you, value yourself – it’s ok take care of yourself, put yourself on the front burner as a woman,” Lucci said as she urged women to know their family history, get regular check-ups and be aware of the symptoms from their bodies.

Heart disease is the #1 cause of death in American women.  It claims 1 in 3 lives and takes more lives than all forms of cancer combined. 80 percent of cardiac arrests are preventable.

The Red Dress Awards also celebrates those who have helped other women receive life-saving healthcare.