Could the sound of sirens for emergency vehicles in NYC change? 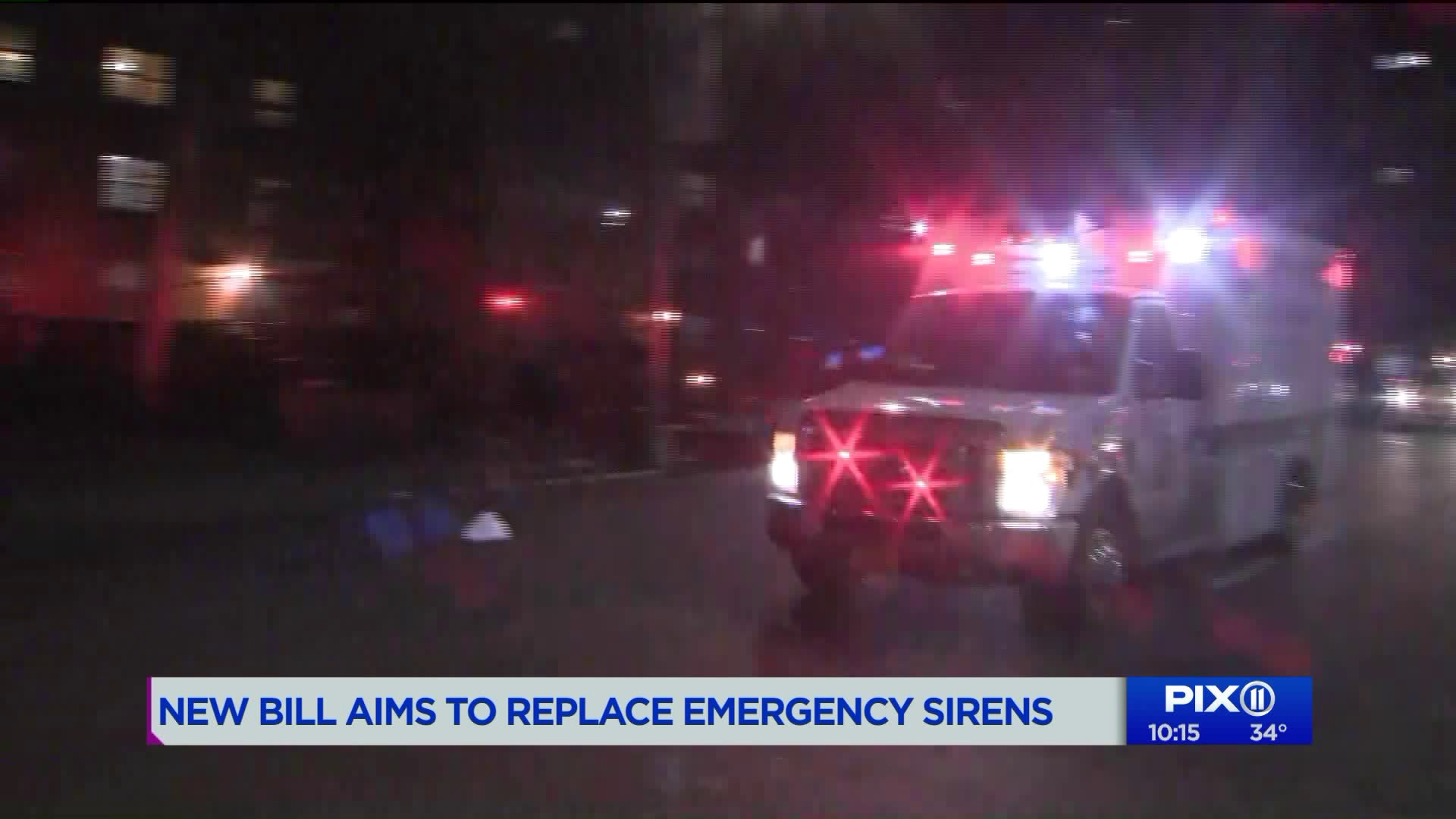 The emergency vehicle sirens you hear in New York may soon sound different.

Sirens from emergency vehicles add to the rhythm. It needs to get our attention.

Does it have to be high-pitched?

A bill before the New York City Council would require that all sirens transition over a two-year period to alternating high and low, two-toned signals. It would be similar to those in use in many European locations.  Mount Sinai ambulances already use the new siren.

The bill summary says the signals have been found to be as effective.

NYC Councilmember Helen Rosenthal, who represents the Upper West Side, says she wants to hear the public's response to the idea. She introduced the measure with Councilmember Carlina Rivera.

The bill was introduced at the council meeting on Wednesday. It has been assigned to committee on environmental protection. A hearing date needs to be set for testimony to be given about the potential change.