PIX11 Exclusive: The guy who got El Chapo 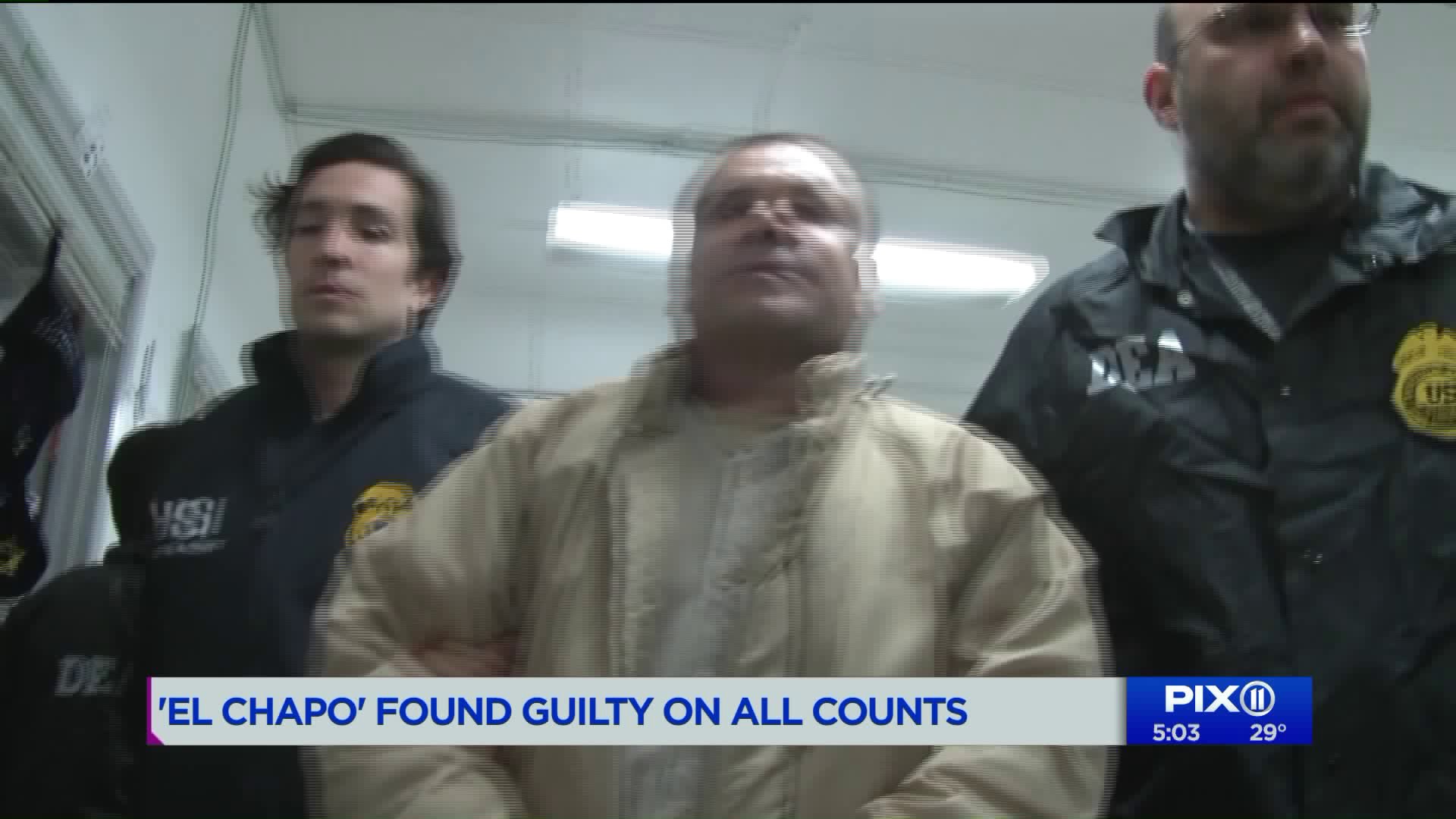 Mexico`s most notorious drug lord, Joaquin "El Chapo" Guzman, was convicted Tuesday of running an industrial-scale smuggling operation after a three-month trial packed with Hollywood-style tales of grisly killings, political payoffs, cocaine hidden in jalapeno cans, jewel-encrusted guns and a naked escape with his mistress through a tunnel.

NEW YORK —  Ray Donovan was an Irish/Puerto Rican kid raised in the Bronx and now he’s the DEA official who set the wheels in motion to get El Chapo.

He recalled the evening in January 2017 when Joaquin “El Chapo” Guzman Loera was flown on private jet to Long Island’s MacArthur Airport from Mexico.

Donovan notes on the show, “El Chapo and the Sinaloa Cartel were the first to take Mexican heroin and lace it with fentanyl,” referring to the synthetic opioid that drove a record number of 72,000 overdose deaths in the U.S. in 2018.

The journey to get Loera to New York—a hub for cocaine, Marijuana and Heroin trafficking—actually started in 2012, when Donovan was a member of the the DEA’s Special Operations Division.

With his Mexican counterparts, he coordinated the first capture of El Chapo, after he had been on the run for 13 years.

El Chapo made his first prison escape in 2001, thanks to corrupt penitentiary officials who provided him with a laundry basket to hide in.

After El Chapo escaped a second time in 2015, Donovan was part of the planning with the Mexican marines to smoke Guzman Loera our of a beachside hideout.

Donovan talked about the government tape released the day of the verdict that showed a bewildered-looking El Chapo coming down the plane’s steps and appearing red-eyed as he’s talking to DEA and Homeland Security Agents.

“I feel at that point the realization set in,” Donovan said. “He was no longer in control.”