Call to social services a blessing in disguise for Bronx single dad, son 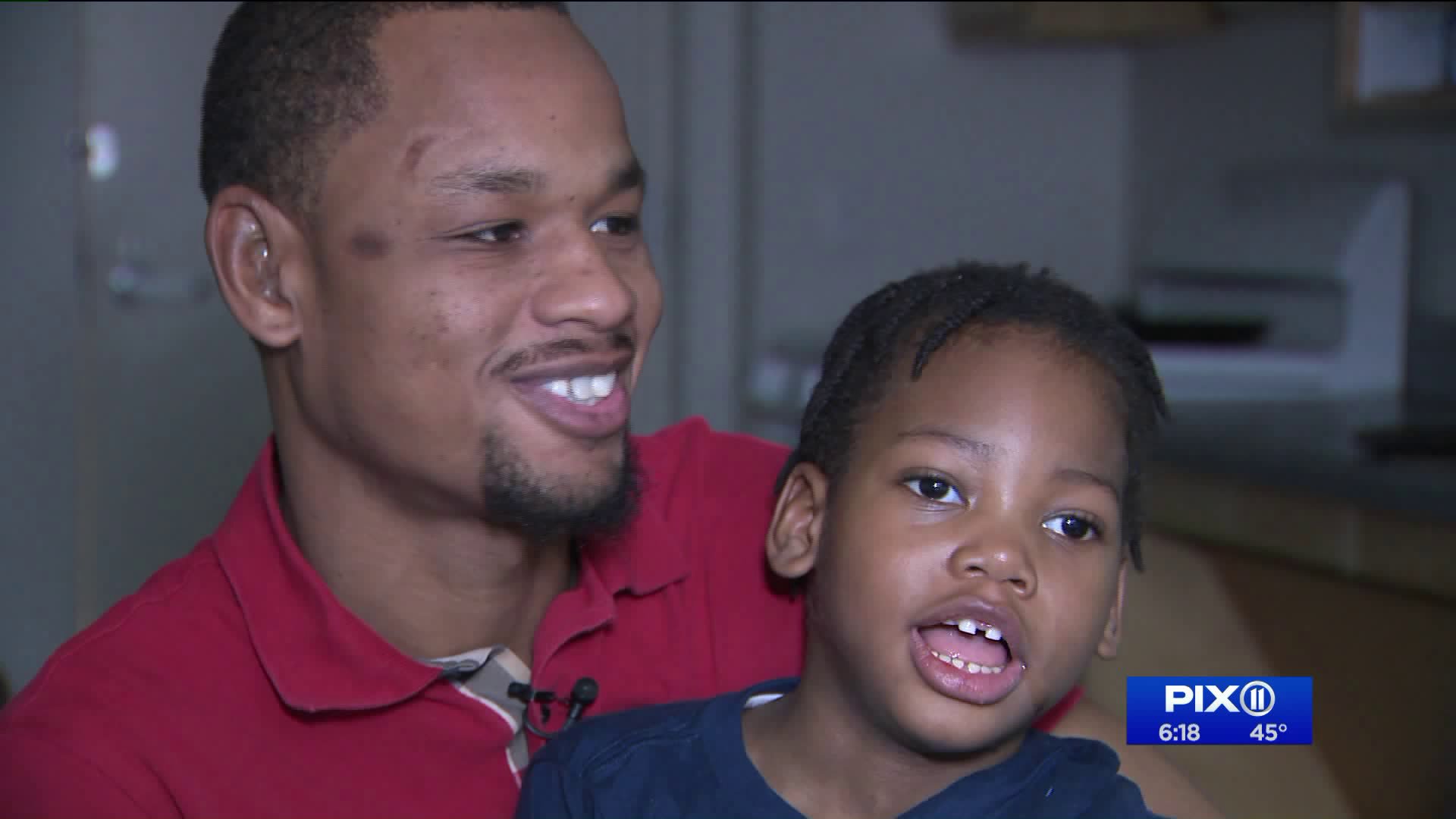 His son was diagnosed with a severe muscular and nervous system disorder. The single dad had to quit his job to take care of his son, but then lost his home. A call to social services ended up being what they needed.

BRONX — A father's unwavering love for his special-needs son resulted in the two living in a homeless shelter.

However, it was a call to social services that ended up being the turning point the two needed to get back on their feet.

Tyree Smith took his son, who was just 7 months old at the time, to the hospital for what he thought were cold symptoms.

What he found out at that visit was a shock. Zahir was diagnosed with a severe muscular and nervous system disorder. Soon after, the baby boy began having seizures.

Tyree, who was a single dad, had to quit his job at Macy’s to take care of his son full time. That lead to the two becoming homeless, missing doctors’ appointments and having a case with the Administration for Children Services, which was actually a blessing in disguise.

Preventative services were called in, and the two were able to get permanent housing in the Bronx.

New Alternatives for Children helped them get a voucher for housing and furniture. It was funneled through the nonprofit Federation of Protestant Welfare Agencies and the New York Times' Neediest Cases Fund.

“It was a weight lifted off my shoulders. I deserved it, Zahir deserved it.”