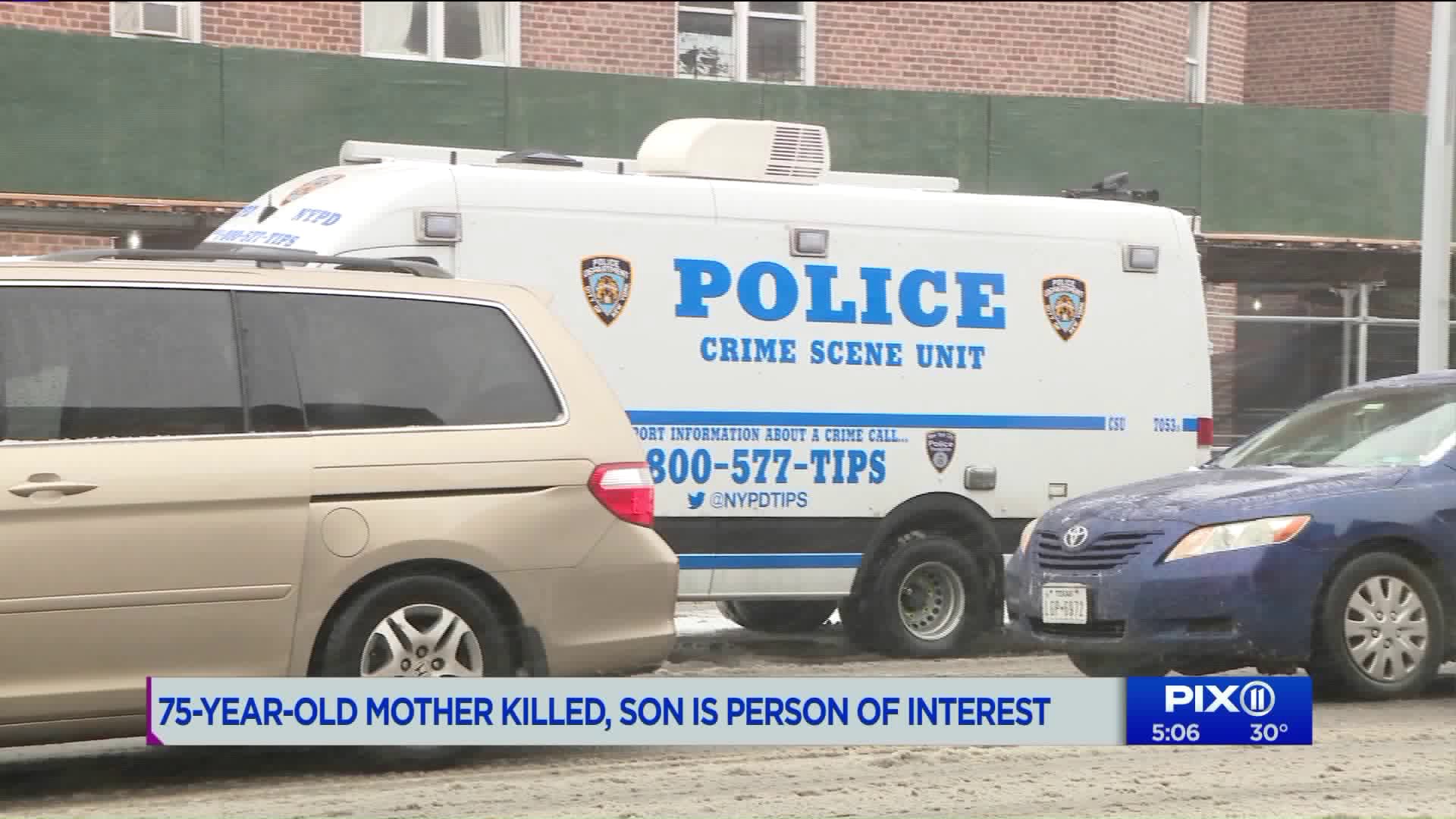 FLATLANDS, Brooklyn -- A 75-year-old woman was found stabbed to death at her home in Brooklyn Monday afternoon.

Police responded to a 911 call for a wellness check inside 3857 Kings Highway, where they found the woman unresponsive around 12:30 p.m.

EMS pronounced the woman dead at the scene. She was identified by neighbors as Hyacinth Khaleel.

Sources tell PIX11 News there is a history of domestic violence at home between the woman and her son, and that the son appears to have a mental illness.

No arrests have been made, but police want to talk to the son who has not been seen in days.

The medical examiner will determine the cause of death and the investigation is ongoing.