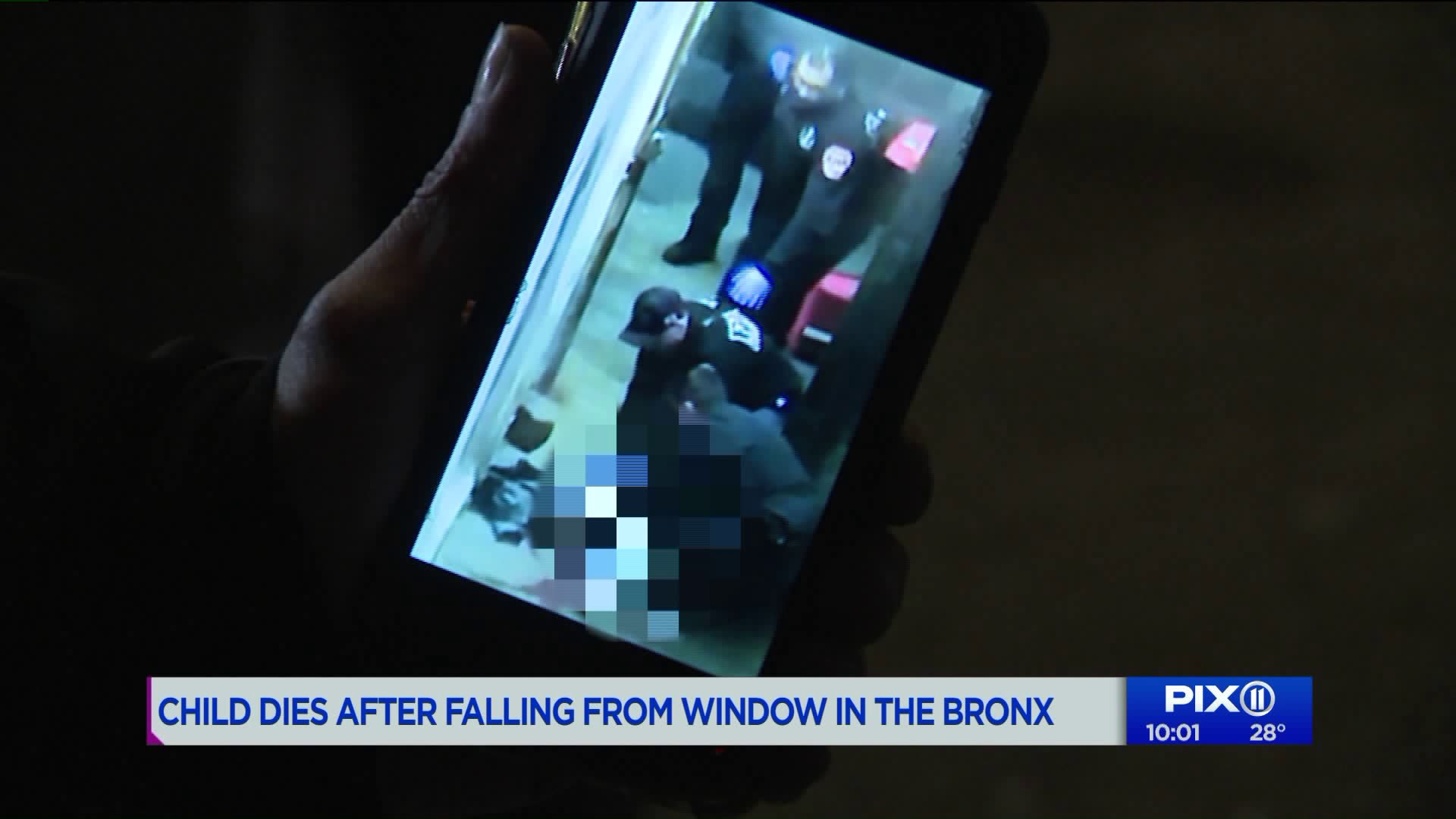 Police say the child fell out of the apartment window at 685 East 140th Street in the Mott Haven neighborhood just before 5 p.m. Saturday.

MOTT HAVEN, The Bronx -- A 4-year-old girl has died after falling from a fourth-floor window in the Bronx.

Police say Helena Flores fell out of the apartment window at 685 East 140th Street in the Mott Haven neighborhood just before 5 p.m. Saturday.

She landed in the back alley behind the building and neighbors watched in horror as EMTs tried to save her.

Two adults were at home at the time of the incident, including her mother who was taking a nap, according to police.

There are bars on the window, but the child was able to climb over the bars before toppling out of the opening. It is not clear if the girl, who neighbors say has autism, was being supervised.

EMS responded and transported the child to Lincoln Hospital where she was pronounced dead.

The two adults are being question by police, but no charges have been filed.

The incident is under investigation.