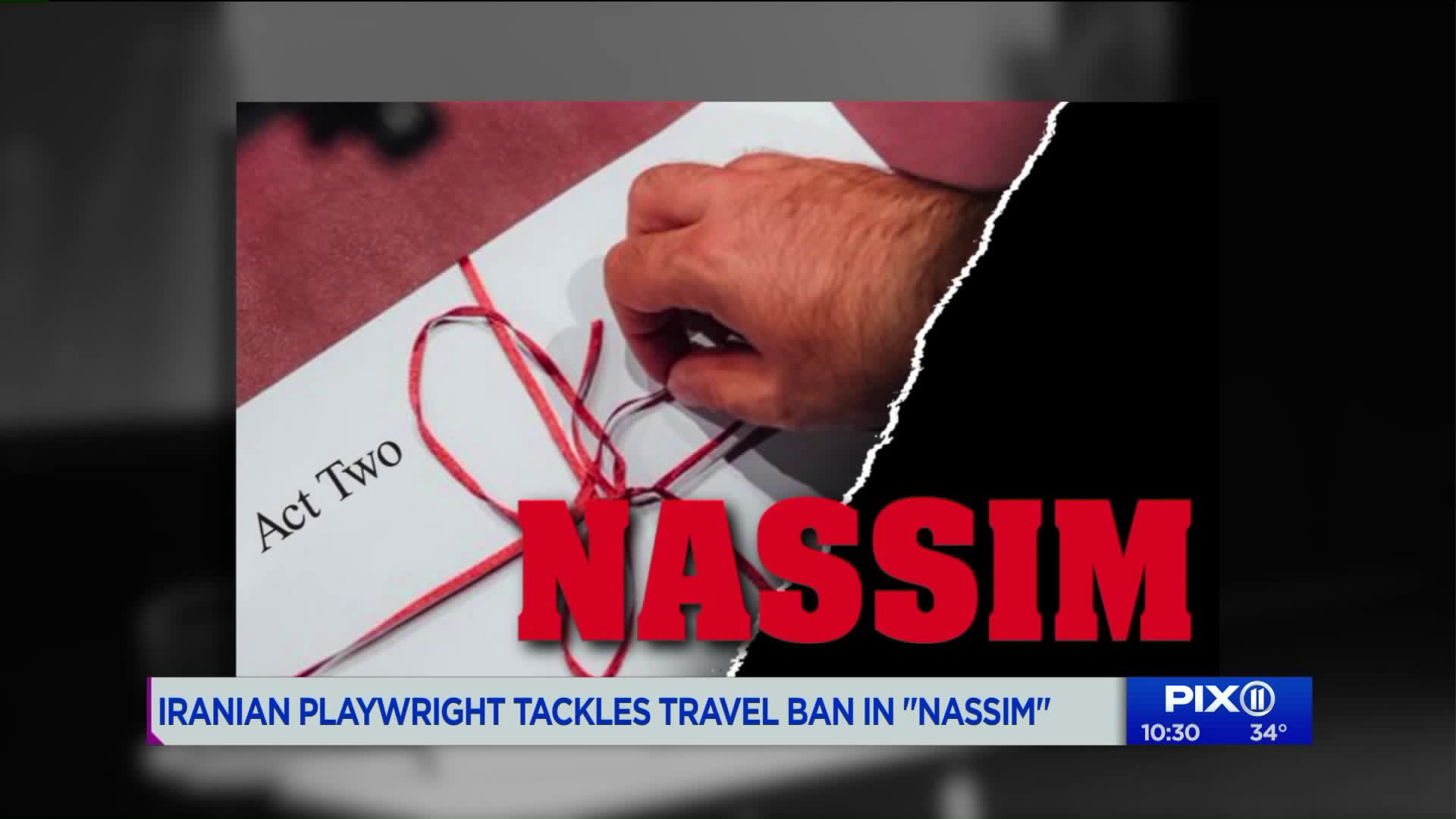 MIDTOWN -- The New York City Center Stage II was sold out Friday night -- the 160 seats filled with audience members to watch the play "Nassim," a show like nothing ever done before.

Iranian playright Nassim Soleimanpour wrote the self-titled "Nassim." It's already had 200 performance in 12 different languages globally before it's run here in New York City. But Soleimanpour had to get around the Trump Administration's travel ban to launch it here Dec. 5.

"Hazards of being an Iranian, life is not really easy on an Iranian passport," said Soleimanpour. It took over 7 months and letters of support from New York senators to obtain a visa. He arrived the night of Dec. 5th, the day before the first preview. "I'm still jet lagged!" jokes Soleimanpour.

Soleimanpour is known for previous play "White Rabbit Red Rabbit" - both are the same format - an actor showing up to cold read off a script and whatever goes goes!

"The huge difference between this type of improvisation and other types is that it’s totally scripted, so it has a script it took us three four years to finish it, and whatever is scripted is being read," said Soleimanpour. "In the meantime, we have an actor that is allowed to say whatever they want to say, even ask them to answer some questions and do whatever they want to do."

No rehearsals. A different guess actor every performance - who only know what the show is about when they’re handed a sealed envelope ....when they get on stage.

"The show casts a new actor every night and the most important rule is these actors they haven’t seen the show before they’re not allowed to research it they don’t meet with me before the show they just show up."

The renowned actress has starred on Broadway, in movies and on television. But she’s never done anything quite like this before. When asked what attracted her to Nassim, she answered with a laugh, "Terror!"

For the actors - its a daunting way to spread their wings creatively. "I think it’s really really good to challenge oneself especially if you’re scared it that’s really worthwhile," said Mason.

So far during its run in New York, other guest actors have included, Kathy Najimy, Michael Shannon and Kate Walsh.

Thousands of actors have performed "White Rabbit Red Rabbit." "I simply came up with this idea of what if I could basically trust these amazing actors all around the globe and put my message of my play in an envelope and get a new performer just to come in and read for the first time in front of a live audience and I never stopped it’s crazy, like 7, 8 years of my life," said Soleimanpour.

"Seriously doing anything without preparation is an extremely terrifying idea and but I have heard so much about "White Rabbit Red Rabbit," that I thought why not let’s do this and of course so many wonderful people are doing it, I just wanted to be part of it," said Mason.

With the show being called "Nassim," some of it is based on stories from his childhood. The heart of the show is about basic human connections for all audiences no matter what city or ethnicity."

"The biggest desire for this show is that hopefully it can unify us at some point," said Soleimanpour. "The concept of the show we can say is language is in the core of it the meaning of home in the contemporary world, making friends."

Although the show is his main focus, Soleimanpour says he's finding time to enjoy our city.

"Nassim" runs through April 20 with 8 shows a week, including a matinee every Saturday and Sunday.