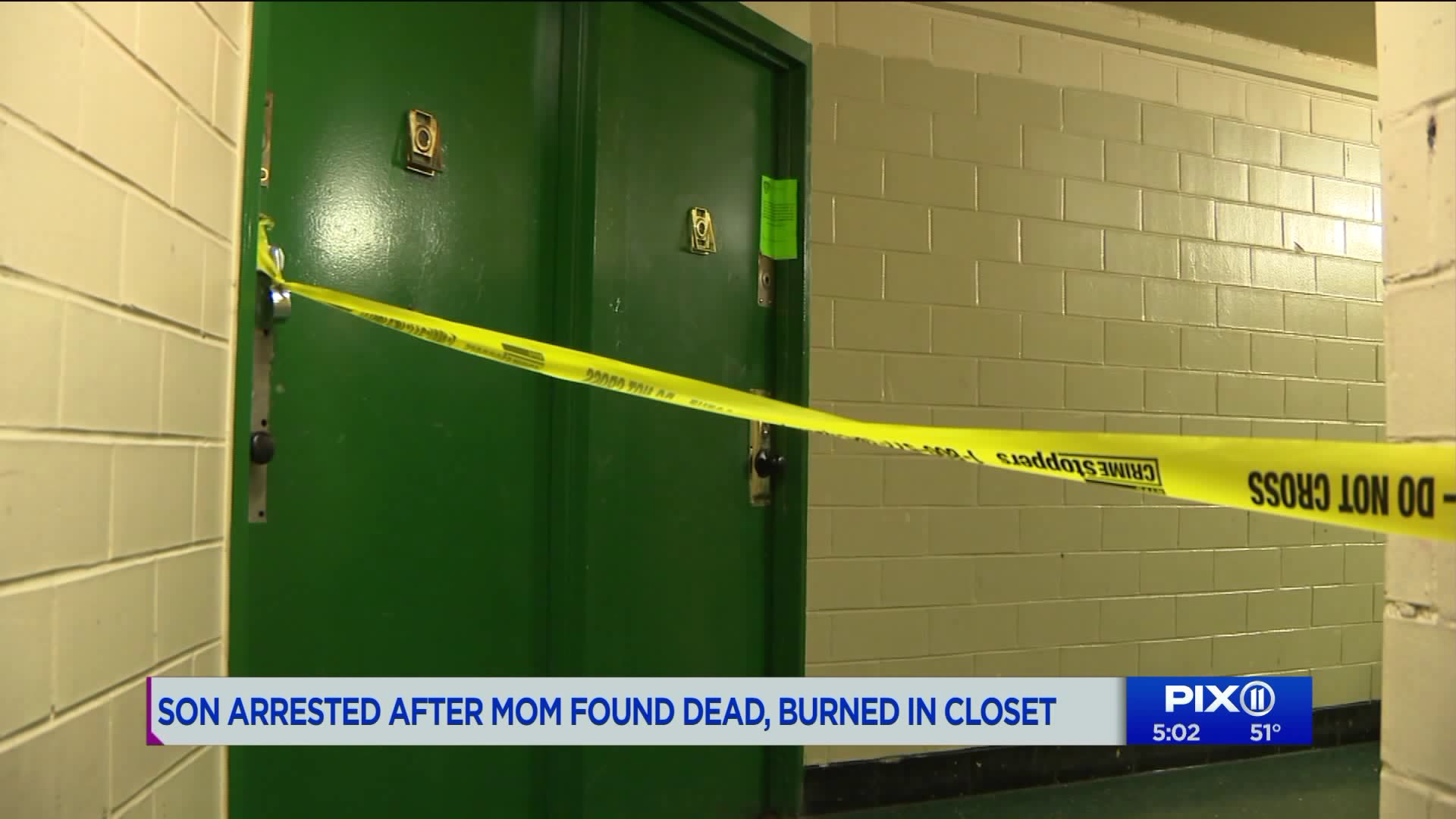 Police discovered the body of a 67-year-old woman, stabbed and burned, inside a Crown Heights apartment closet after her co-workers were concerned she didn`t show up for work. Her son, Jason Reeves, has been arrested and charged with second-degree murder.

CROWN HEIGHTS, Brooklyn — A man has been arrested after his mother was found to stabbed to death, her body badly burned and hanging upside down in a closet at a home in Crown Heights, sources said Friday.

Police went to the apartment on Park Place between Albany and Troy avenues around 2:55 p.m. Wednesday after co-workers of Paulette Reeves became concerned when she didn't show up for work, NYPD officials said.

The son of the victim, 32-year-old Jason Reeves, met officers at the door, and initially refused to let officers into the house, sources later said.

When officers entered the home, they found the man's 67-year-old mother dead inside the closet, hanging upside down with multiple stab wounds to the chest, sources said. Police say her body had been lit on fire.

In a criminal complaint, a neighbor reportedly said they knocked on the apartment door after smelling a bad odor. Reeves told the neighbor his mother was in Florida.

Reeves was taken into custody at the scene and charged with second-degree murder on Friday.