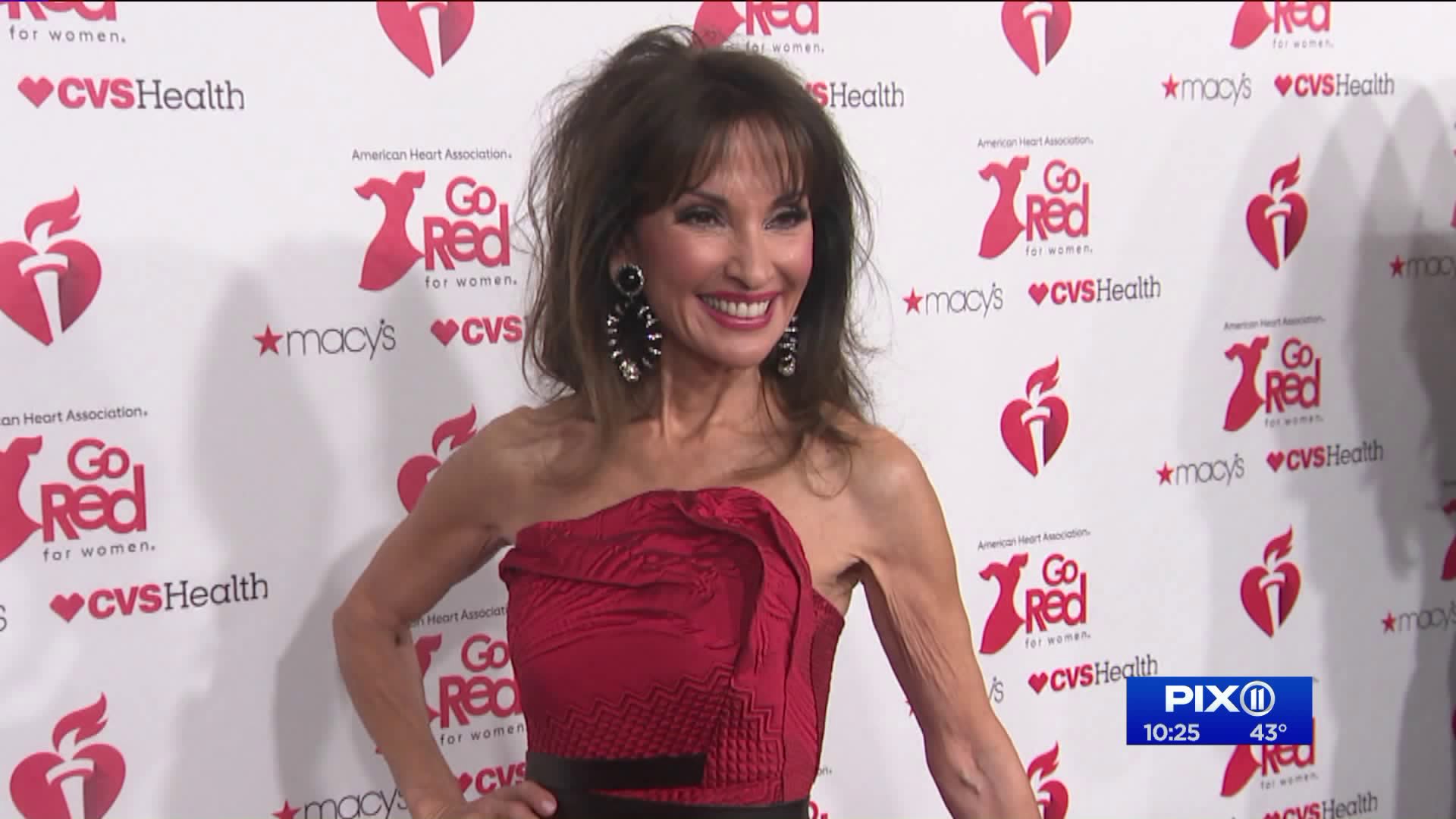 MIDTOWN – The Hammerstein Ballroom was a sea of red Thursday; it was part fashion statement, part health statement as The American Heart Association showed its iconic Red Dress Collection.

Top Chef’s Padma Lakshmi was the host this year. Celebrities took to the catwalk to shine a light on heart disease in women. Heart disease is the number one cause of death in American women, claiming 1 in 3 lives and taking more lives than all other forms of cancer combined. Dats shows that 80 percent of cardiac arrests are preventable.

“It’s so important to be here, to have this opportunity to get the message out, for women to pay attention to their symptoms,” said soap star Susan Lucci.

Lucci is speaking from experience. The actress, who made the character Erica Kane on “All My Children” a household name, had a health crisis in 2018. She was suffering from severe chest pains. The day it became too much to bear, she went to the hospital and doctors discovered 90 percent blocked arteries. She underwent emergency surgery, which likely saved her life.

At the age of 72, she works out almost every day of the week and looks the picture of health, but she has a family history of heart disease – her father suffered a heart attack in his 40s. This scare has led her to partner with the Go Red campaign.

“At first, I didn’t take it seriously, I thought 'oh it can’t be anything' and I think a lot of women are like that 'it's nothing,' but for me it turned out to be DNA,” said Lucci.

“It affects African-Americans at an alarming rate and so people of color, African-Americans particularly, die of heart disease more than any other ailment so that’s why it’s very important for me to support tonight,” said Phaedra Parks, Atlanta attorney and a former cast member of the “Real Housewives of Atlanta.”

Ashleigh Murray, star of CW’s “Riverdale,” says getting involved with the Go Red campaign has opened her eyes.

“I didn’t even realize how staggering the numbers are with heart disease in women,” said Murray.

The Go Red for women campaign is now in its 15th year.