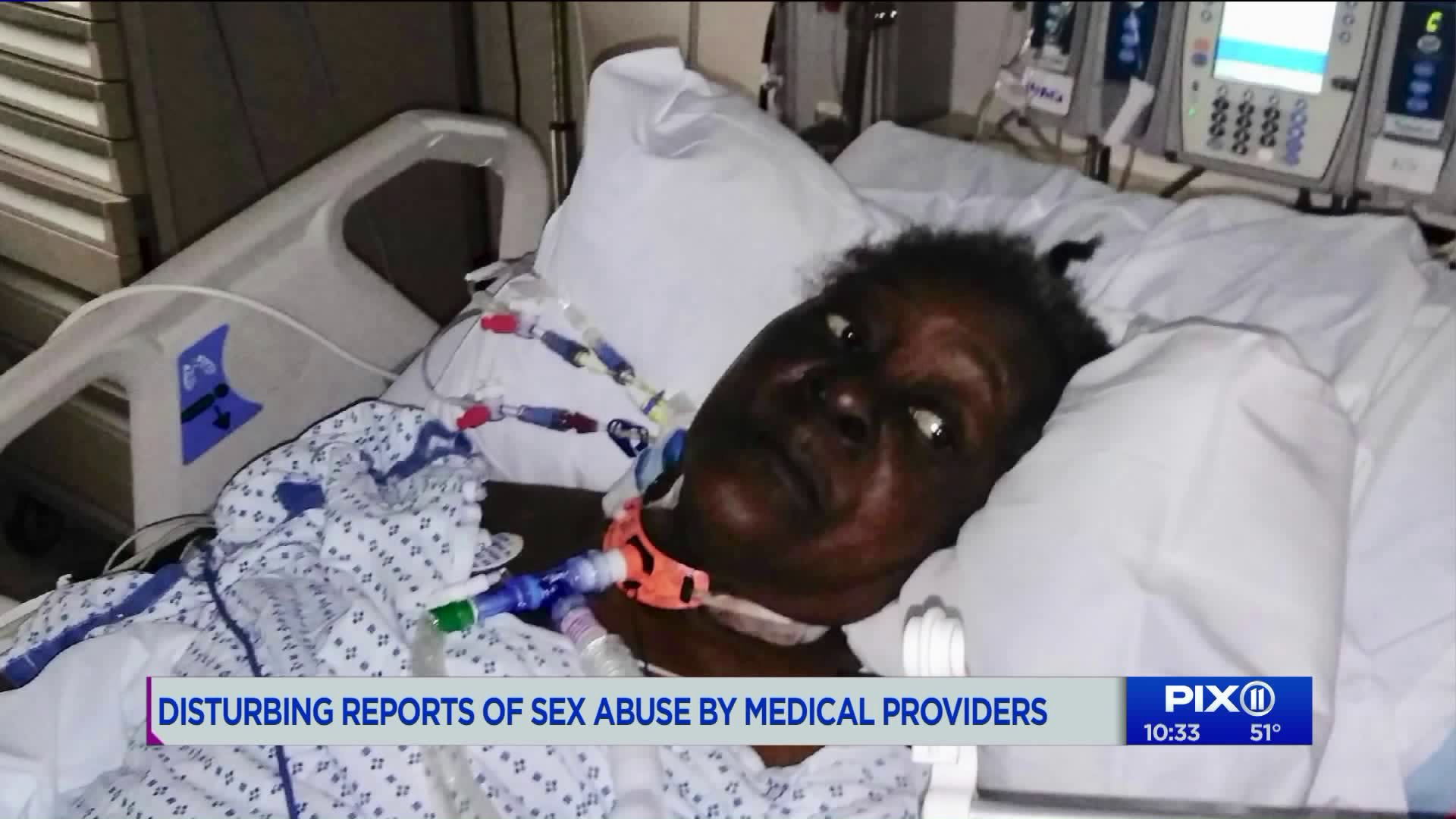 NEW YORK — Mary Dean, 61, had been in a Poughkeepsie-area hospital for a month, recovering from two heart surgeries, when she grabbed her daughter’s arm on Sunday, Jan. 6th, to stop her from leaving the hospital room.

“She started shaking her head ‘No,’” Latasha Cummings recalled to PIX11, “She was trying to ‘lip’ something to me, but I didn’t understand what she was saying.”

Mary Dean had a tracheal tube in her throat, and she needed a breathing machine.

The next morning, Dean’s sister Sheniquah said Mary grabbed her arm when she tried to leave the same hospital room.

“This was the first time I saw her cry,” Sheniquah Dean said, referring to her sister’s medical problems.

Dean’s daughter was summoned, and the two women asked Mary Dean to write on a piece of paper.

Then Mary Dean wrote something that referred to the male anatomy and made a gesture with her hands. “I asked, ‘Was somebody messing with you?’” Sheniquah Dean remembered.

The family told PIX11 Mary Dean was able to communicate that a man in a burgundy uniform had abused her. The patient’s daughter and sister notified nursing supervisors and the Poughkeepsie Police.

“It was the EKG Department” that wore burgundy uniforms, Latasha Cummings said.

The incident illustrates a troubling concern for patients and families involved with medical facilities: Staff who may take advantage sexually of the weak and most vulnerable, regardless of age.

On Dec. 29 in Phoenix, Arizona, staff at Hacienda Health Care were stunned, during a 911 phone call, to see a 29-year-old patient who was severely disabled, intellectually and physically, giving birth to a baby boy in her nursing home bed.

“One of the patients had a baby! We had no idea she was pregnant!”

The woman who gave birth had required 24-hour nursing care since the age of 3.

After investigators demanded DNA samples from male staff at the facility,

Nathan Sutherland, a 36-year-old nurse, was arrested and charged with sexual assault and abuse of a vulnerable patient.

“I think it’s pervasive,” Penson said of alleged abuse in nursing homes and other medical facilities.

There were several cases in 2018 of medical staff accused of patient abuse in nursing homes and hospitals, and a 2017 CNN report found the federal government had cited more than a thousand nursing homes for failing to prevent sex abuse at their facilities—or mishandling the reports.

“Unfortunately, it could be a physician, it could be some sort of health care professional, it could be maintenance,” forensic psychologist Dr. NG Berrill said of the staff who have access to patients.

Psychologist Dr. Patrick Suraci said this kind of sexual activity is like a fetish that stops just short of necrophilia, sex with dead people.

“In this case, what these men are doing, it’s a minor form (of necrophilia) because they will have sex with a living body, but also one that cannot respond. So, they have complete control over this body.”

“And this is exciting to them,” Berrill said.

“It’s sort of an issue of power and it probably fulfills some sort of morbid fantasy.”

The attorney, Dominique Penson, believes many of these abuses happen on overnight shifts and early morning hours.

One of the women said he immobilized her with the anesthetic Propofol and ejaculated on her chest.

She was able to preserve DNA evidence.

Newman pleaded guilty and was sentenced to two years in state prison.

We asked Penson if he had advice for families worried about the patient care of loved ones.

Penson said a facility is supposed to report its health care ratings.

“Look for a facility with a good rating and more staff,” Penson said.

“The more staff there is, the less likely there is to be abuse. Ask about supervision. Ask about oversight. And what kind of background checks do you do on the people you hire?”

Penson said it’s also important to check out the upkeep of a facility.

“Any level of neglect probably means there is neglect on every level.”

As for Mary Dean, the heart patient who said she was abused, her family was told the EKG employee was removed from patient care, pending the outcome of an investigation.

Sadly, Mary Dean did not live to find out the results of the probe. She died, two weeks after tearfully telling her daughter and sister that she’d been victimized.