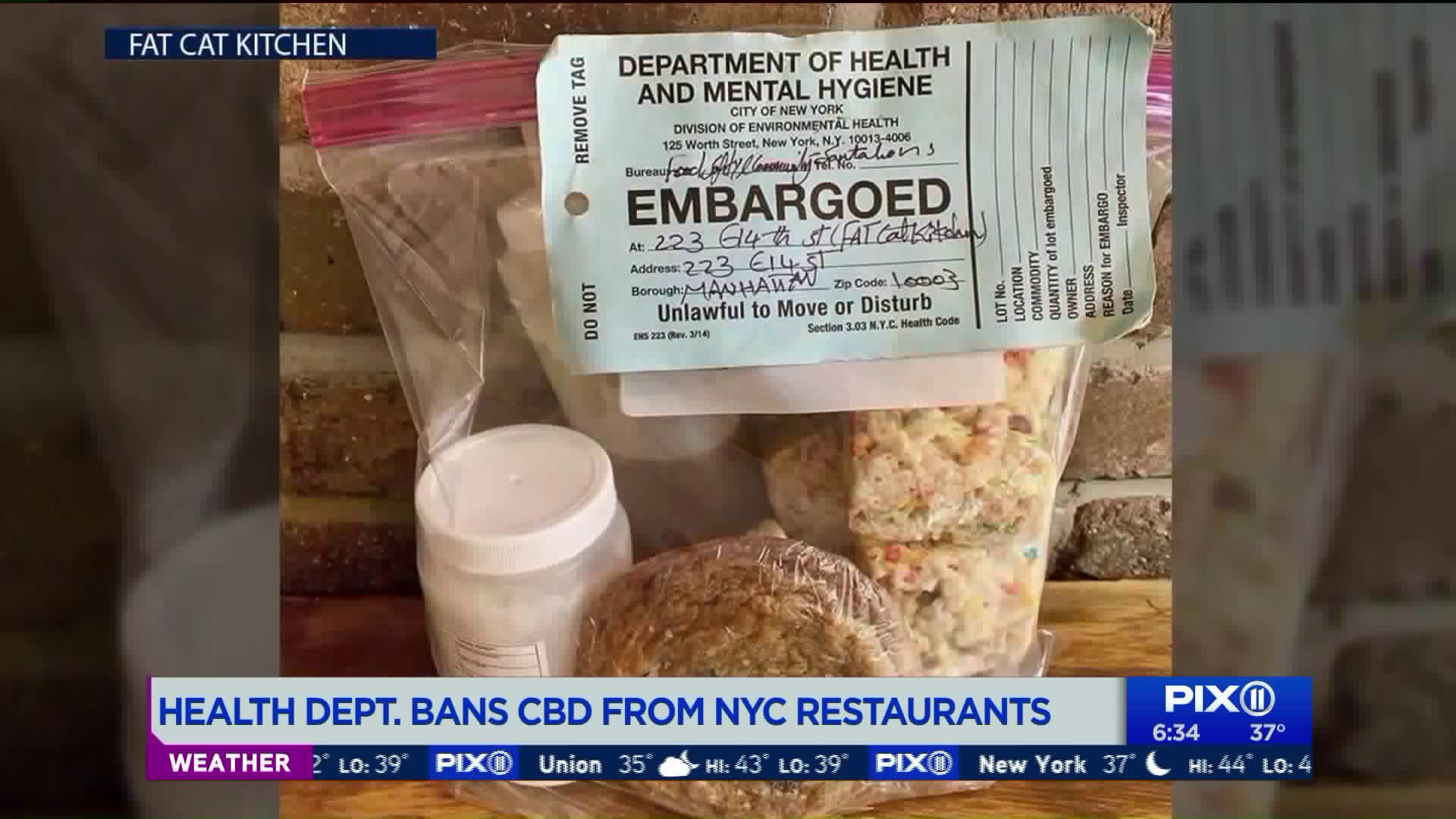 The New York Department of Health is crackin down on CBD-laced foods and drinks sold in eateries across the city, saying restaurants are "not permitted to add anything to food or drink that is not approved as safe to eat." 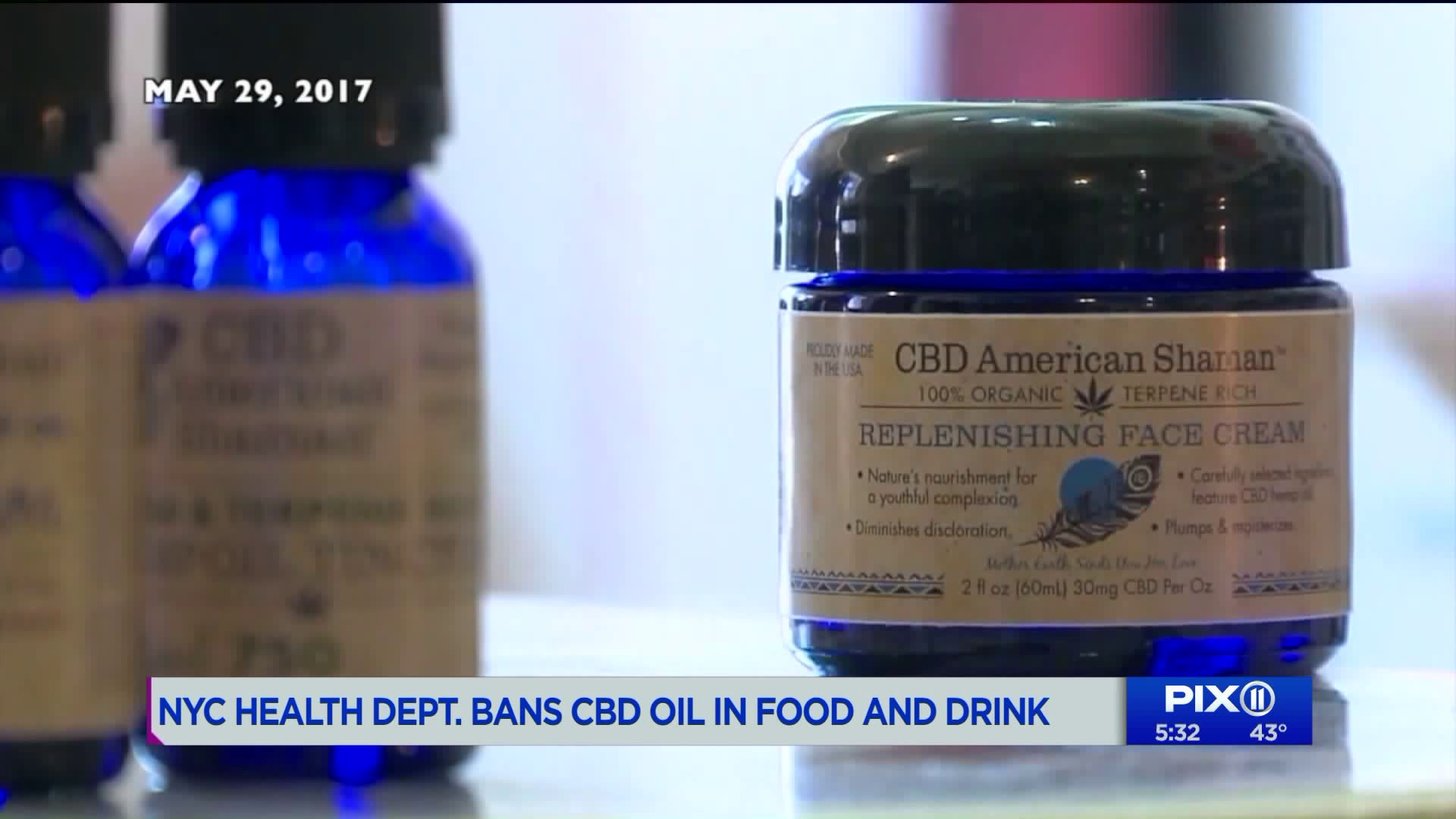 NEW YORK — CBD oil is poised to be a $22 billion business – but maybe not in New York City. The Health Department confirmed Tuesday they're cracking down on CBD-laced snacks sold at restaurants and bars around the city.

"Restaurants in New York City are not permitted to add anything to food or drink that is not approved as safe to eat," a DOH statement released Tuesday read. "Until cannabidiol (CBD) is deemed safe as a food additive, the Department is ordering restaurants not to offer products containing CBD," the statement read.

The NYC Dept of Health just embargoed my CBD products and said they will do the same to ALL NYC restaurants sellling CBD. This is like saying I can buy and sell rum but can’t sell a rum baba. #wft @EaterNY @grubstreet @ThrillistNYC @NY1

Mayor Bill de Blasio, who supports marijuana legalization in the city, stood by the Health Department's decision when asked about the ban. "The Department of Health is the gold standard for public health...and if they have a concern, I have a concern," the Mayor said at a press conference on crime stats Tuesday afternoon.

CBD, which itself is legal in New York, is a non-psychoactive chemical compound of the cannabis plant. Popularly infused in oils, lotions, food and more, CBD has been said to help ease pain, anxiety, insomnia and more, according to Harvard Medical School.

CBD is different from THC, the cannabis compound that produces a "high" and is illegal in New York.

According to a report from the World Health Organization, "in humans, CBD exhibits no effects indicative of any abuse or dependence potential…. To date, there is no evidence of public health related problems associated with the use of pure CBD."