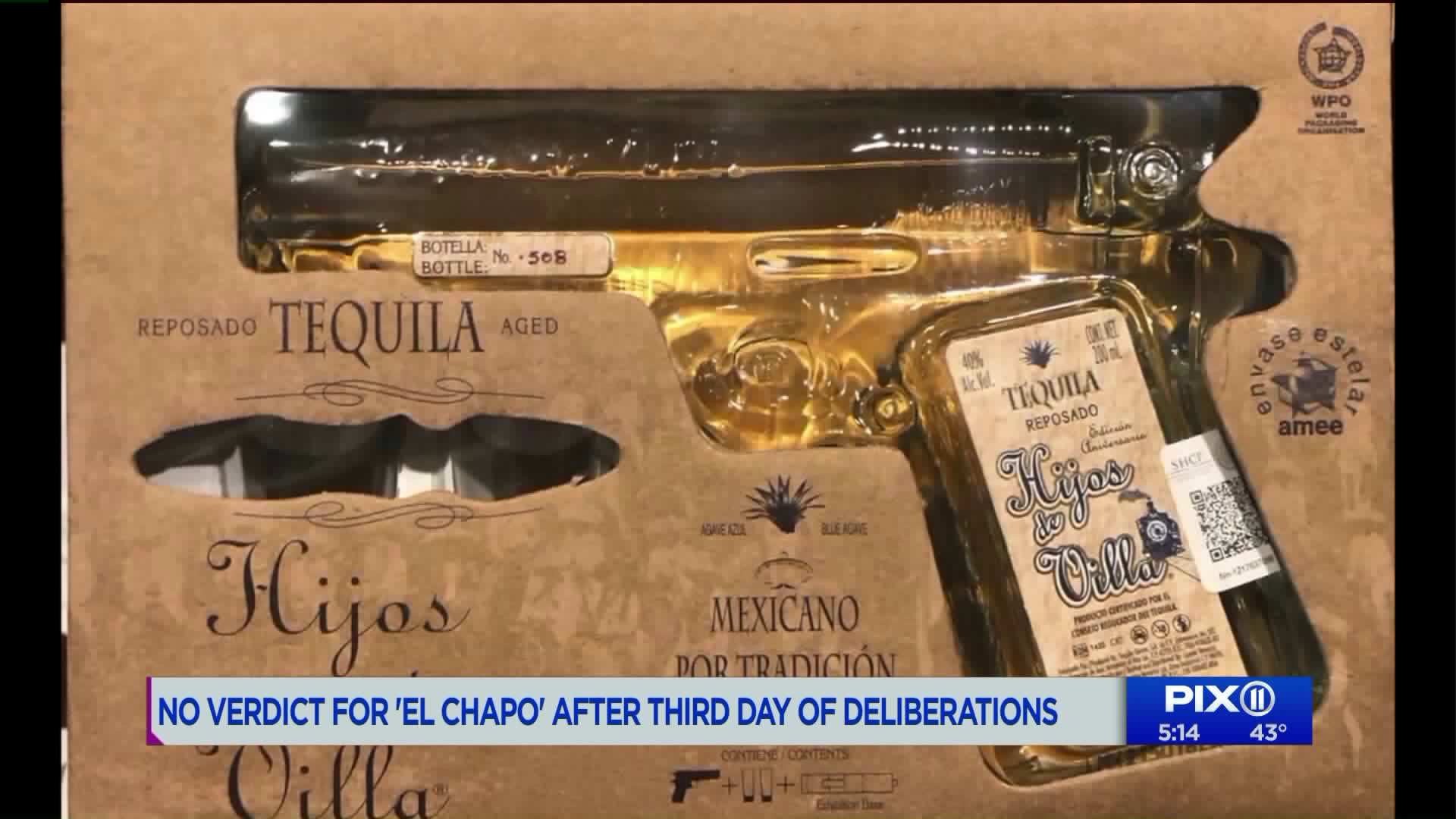 The jurors sent a note Wednesday asking for transcripts of the testimony of three admitted narcos who testified against El Chapo. The defense says the government cooperators are making him a scapegoat for their own crimes.

The lawyers tweeted a picture of Hijos de Villa tequila in the shape of a gun, captioned “For after trial. #ElChapo.”

Prosecutors say Guzman is responsible for smuggling at least 200 tons of cocaine into the United States and a wave of killings in turf wars with other cartels.

In closing arguments, prosecutor Andrea Goldbarg said Guzman was plotting yet another breakout when he was sent in 2017 to New York, where he has been in solitary confinement ever since.

The defendant wanted to escape "because he is guilty and he never wanted to be in a position where he would have to answer for his crimes," Goldbarg said. "He wanted to avoid sitting right there, in front of you."

The defense claimed Guzman’s role had been exaggerated by cooperating witnesses who are seeking leniency in their own cases.

Defense attorney Jeffrey Lichtman argues the case as a “fantasy” and urged the jury not to believe cooperators who “lie, steal, cheat, deal drugs and kill people” for a living.

Last week, newly unsealed court papers revealed disturbing allegations not heard by the jury — that Guzman had sex with girls as young as 13. A Colombian drug trafficker told investigators the kingpin paid $5,000 to have the girls brought to him, and that he sometimes drugged them, the papers say.