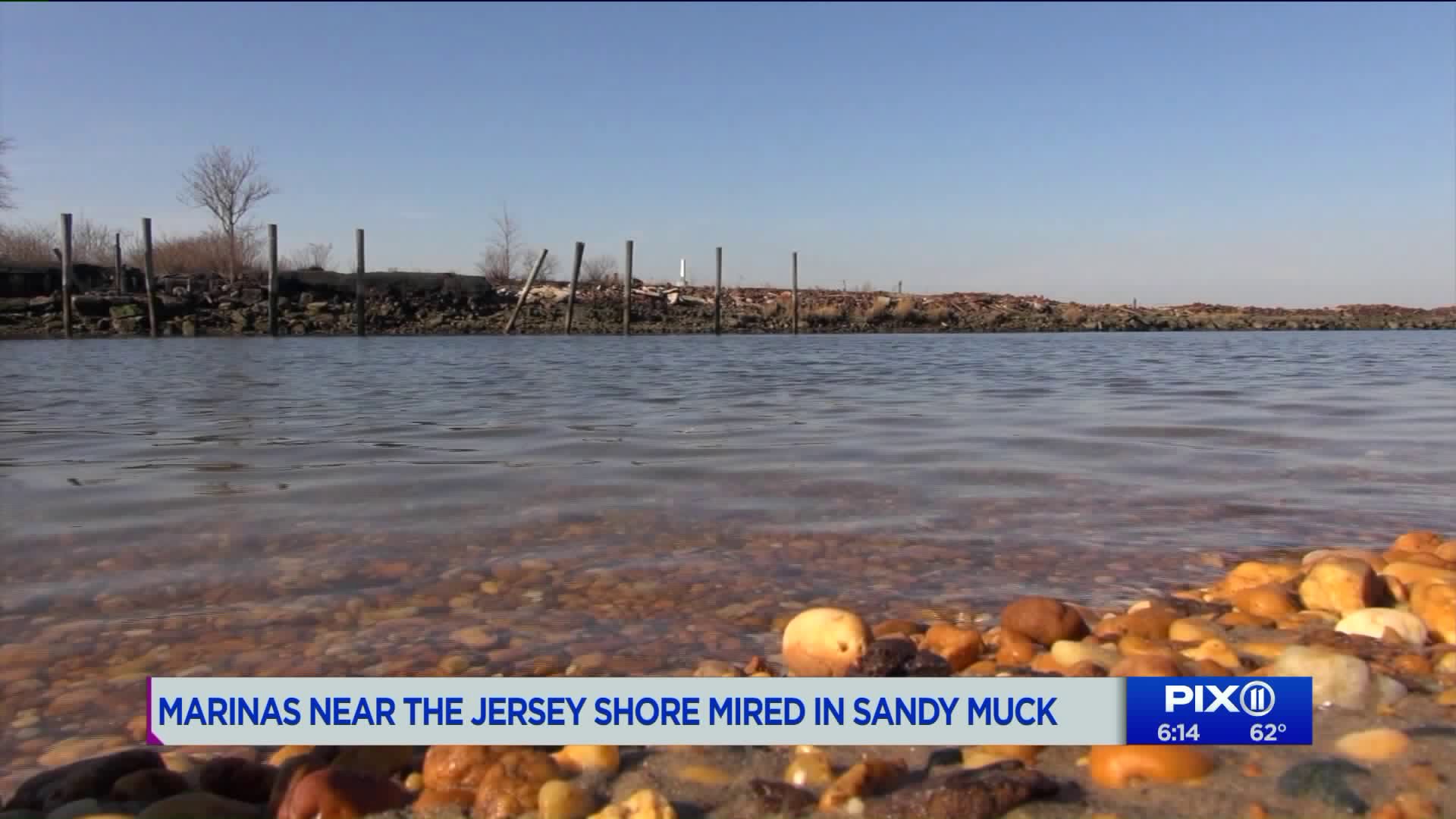 Boats are getting stuck and damaged because of the sand in the waterway. People who live in the area say it`s gotten worse every year since Sandy. They fear boats soon won`t be able to get into the marina.

Today, half the waterway remains filled with sand, making only one side passable but treacherous for the 30 to 50-foot boats that need to clear the jetty and two bridges.

"Every year it gets worse," said David Reni, owner of Raritan Marina.

Marina owners have been pleading with the state and federal government to dredge the channel for years. Letters of desperation have gone nowhere.

"It seems like no one wants to take the initiative," said Steven Mierzwiak, who represents the 4th generation at Browns Boatyard.

"I’m losing sailboats. My customers don’t return," said Theresa Lockwood, who is a co-owner with 10 of her siblings of Lockwood Boat Works.

There are at least 4 family-owned marinas being impacted by the shrinking waterway, which is so impassable for some vessel-owners that they must be professionally piloted in through the channel.

"There is not enough water for the boats to get in and out. A lot of them get hung up on the sand bar," said Robert Lockwood, of Lockwood Boat Works.

"We probably do about a dozen repairs for people each summer from the groundings that occur in this creek or the entrance to the creek," said Reni.

"There is only one way in, one way out," said Mike Walter, owner of Morgan Marina. "If it’s dead low tide, you’re not getting in."

This waterway is maintained by the federal government. In a statement to PIX11, the Army Corps of Engineers said today:

"The Corps of Engineers requires appropriations to carry out various missions. The New York District requested funds to complete the Engineering and Design phase... at Cheesequake Creek. Unfortunately, the Fiscal Year 2019 Appropriations bill did not include funds for this effort."

"I really feel we’ve been overlooked," said Joe Walter of Morgan Marina. "There's been no changes."