Attack on Obama mannequin at Manhattan sex shop leaves workers in shock, a suspect under arrest 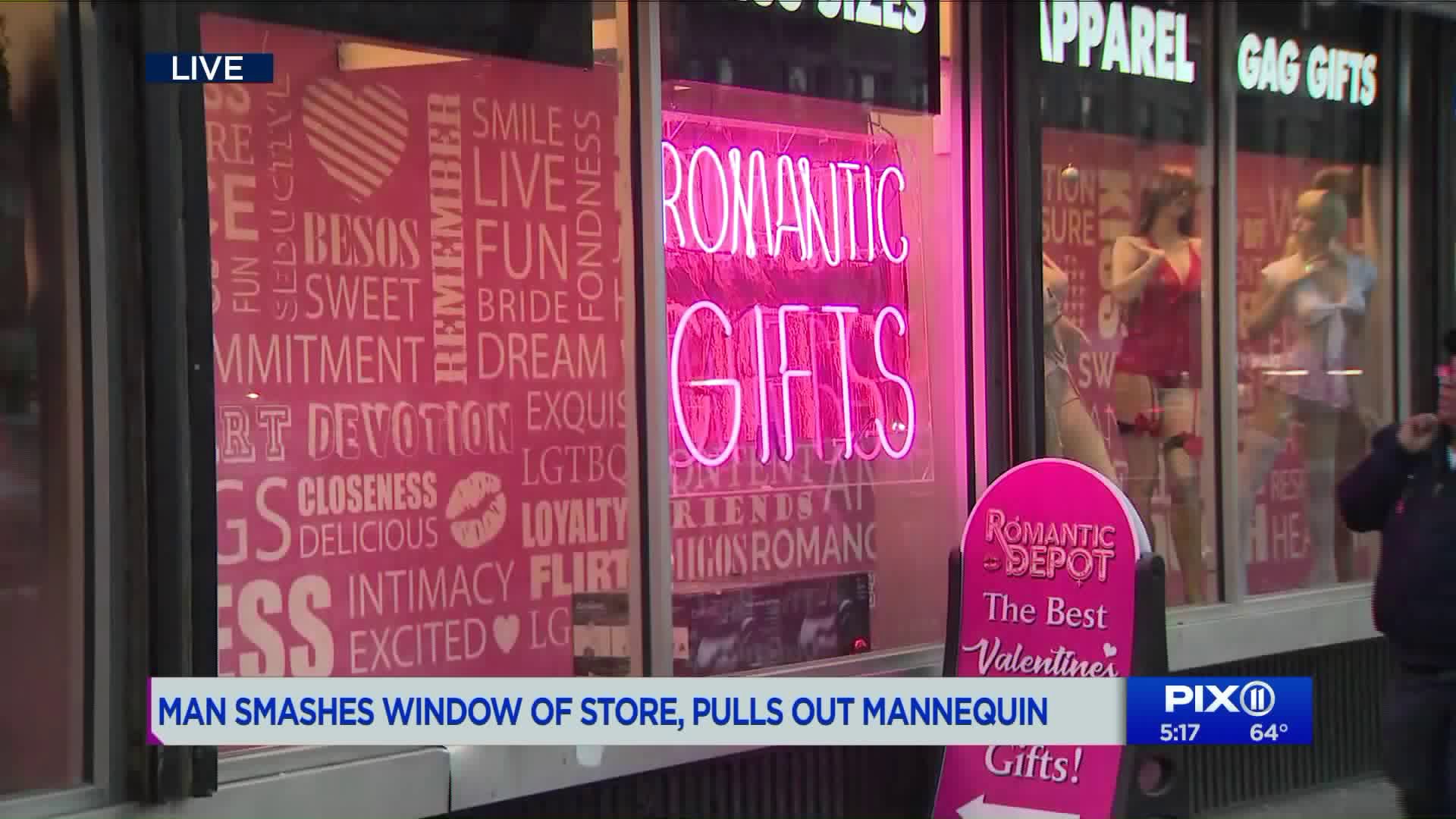 The manager of the Manhattan Romantic Depot talks about THIS crime... captured on surveillance video. A man in his forties kicked a window where there was a display of an Obama mannequin dressed as Santa, and a Trump mannequin in a MAGA hat. When kicking wouldn`t break the window, the man trespassed onto the construction site next door, took a cinderblock and smashed the window, removing, and damaging the likeness of the ex-president.

HAMILTON HEIGHTS -- He was so disgusted with Barack Obama, according to witnesses, that a man put customers of a store displaying a mannequin of the former commander in chief in physical danger in order to destroy the likeness of the former president.

Now, that man faces prosecution, and the store -- an adult novelty shop -- has to decide if it will replace the presidential display, which had also included a mannequin of President Donald Trump.

"It just broke him," said Corine Lew, manager of the Manhattan Romantic Depot, about what happened to the Obama mannequin in the attack that happened around 8:30 p.m. on Jan. 26. "He'd taken a hard fall."

The entire incident was captured on surveillance video. A man wearing a backpack with a skateboard strapped to it kicked the window where the two presidential mannequins were on display. The Obama mannequin was dressed as Santa, Lew said, and the Trump likeness was wearing a MAGA hat.

When the man's kicking did not break the window, he trespassed onto a road construction site in front of the store on Broadway, took a heavy object and threw it at the window. That shattered the glass, which allowed the man to pull the Obama mannequin onto the sidewalk, ripping its limbs in the process.

As the surveillance video shows, the man simply walked away as shocked store employees poured out of the store to survey the damage and to call police.

Police arrived on scene "within 60 seconds," according to Lew, who said that when her employees brought the man over to officers, he gave his motive.

"That Barack Obama was talking to him, and he didn't like what Obama was saying," Lew said.

In the wake of the incident, Lew said, neighbors have shown support for the store and its employees. They're also shocked over what happened.

"They came to see if we were OK," said the manager. "They went into the store, [could] see it wasn't that bad, and came to shop more."

Local residents expressed support for the store, as well as amazement about the brazenness of the crime.

Jeromy Wilson, 25, said he's lived nearby most of his life, and said he doesn't "mind at all" the presence of an adult store in his neighborhood.

Similarly, Nicole Delacruz, who's also a neighbor, and a friend of Wilson's, said that she likes the store.

As for the man's attack on the business, "That's crazy, that's crazy," she said.

The store said that the cost to replace and repair the window was $1,000.