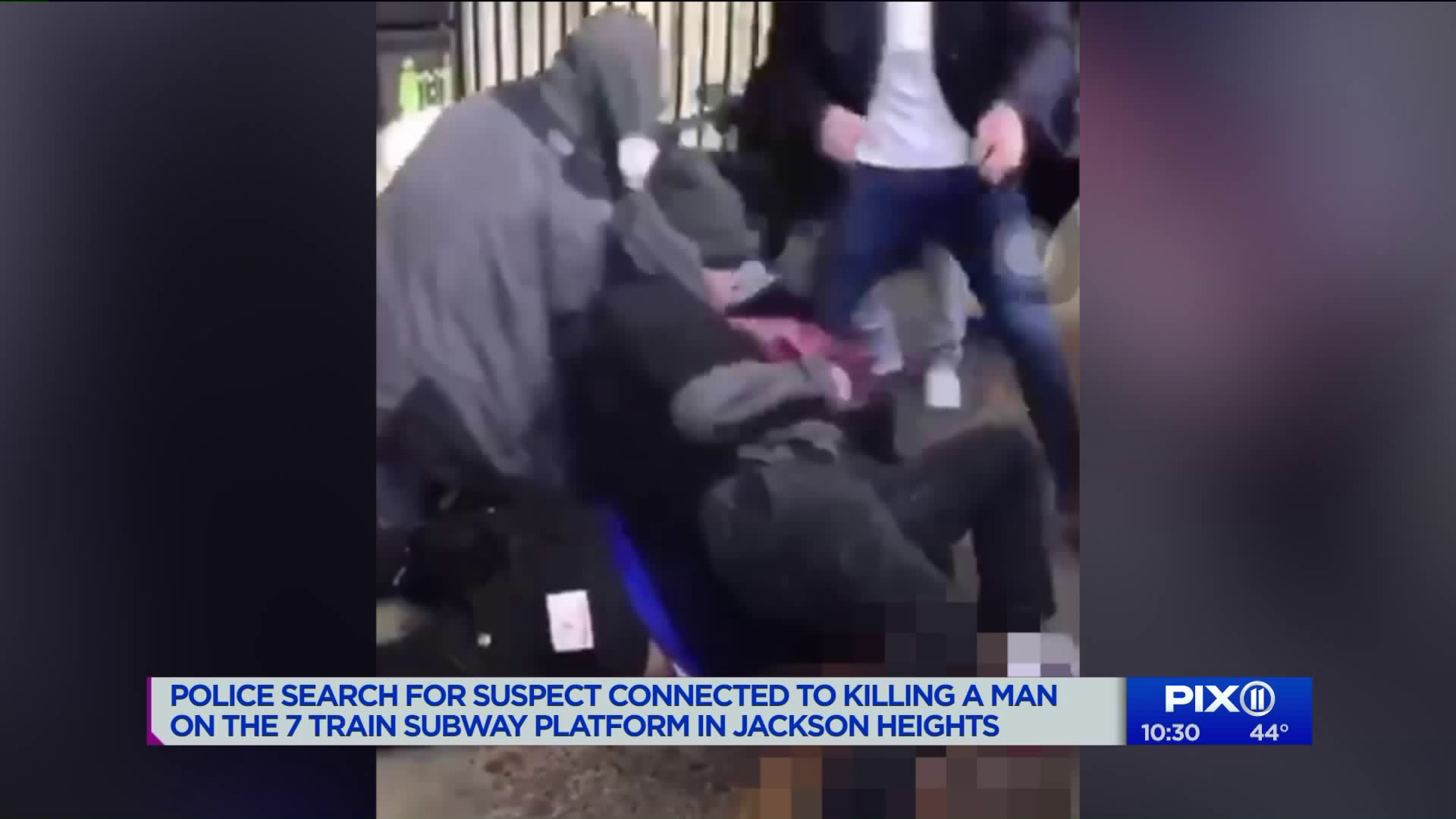 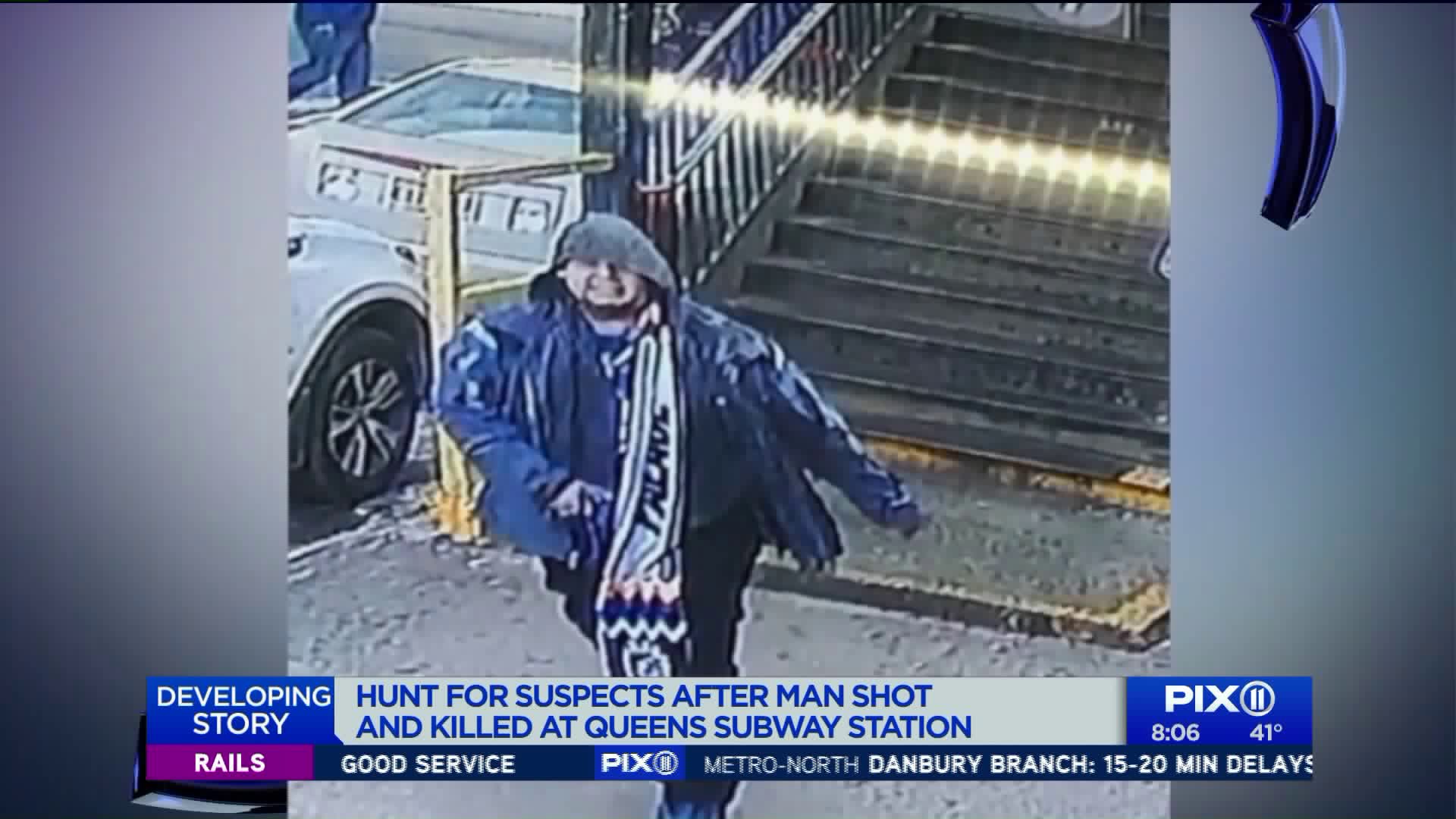 JACKSON HEIGHTS, Queens — A man was fatally shot on the platform of a Queens subway station Sunday afternoon, police said.

Sources tell PIX11 they're looking for a person of interest in connection with the shooting.

Authorities responded to reports of shots fired at the 90th Street- Elmhurst Avenue station at about 12:47 p.m.

When they arrived, officers found a man, between the age of 20 to 30, shot on the 7 train platform. He was pronounced dead at the scene, police said.

The man was shot in the head after a fight started at a different subway platform when he got on the train. It continued and spilled out onto the 90th Street—Elmhurst Avenue platform.

In graphic surveillance video, you see the victim struggling as he's beaten on the ground before six shots are fired.

Police are now looking for two people of interest. Police released a photo of one man who they say is wanted in connection to the shooting.

“The NYPD is currently investigating and we are cooperating fully with their investigation," Young said. "While our system and the city are safer than ever before, we have zero tolerance for any violence on our subways and buses, and the safety of our customers and employees will always be our number one priority.”