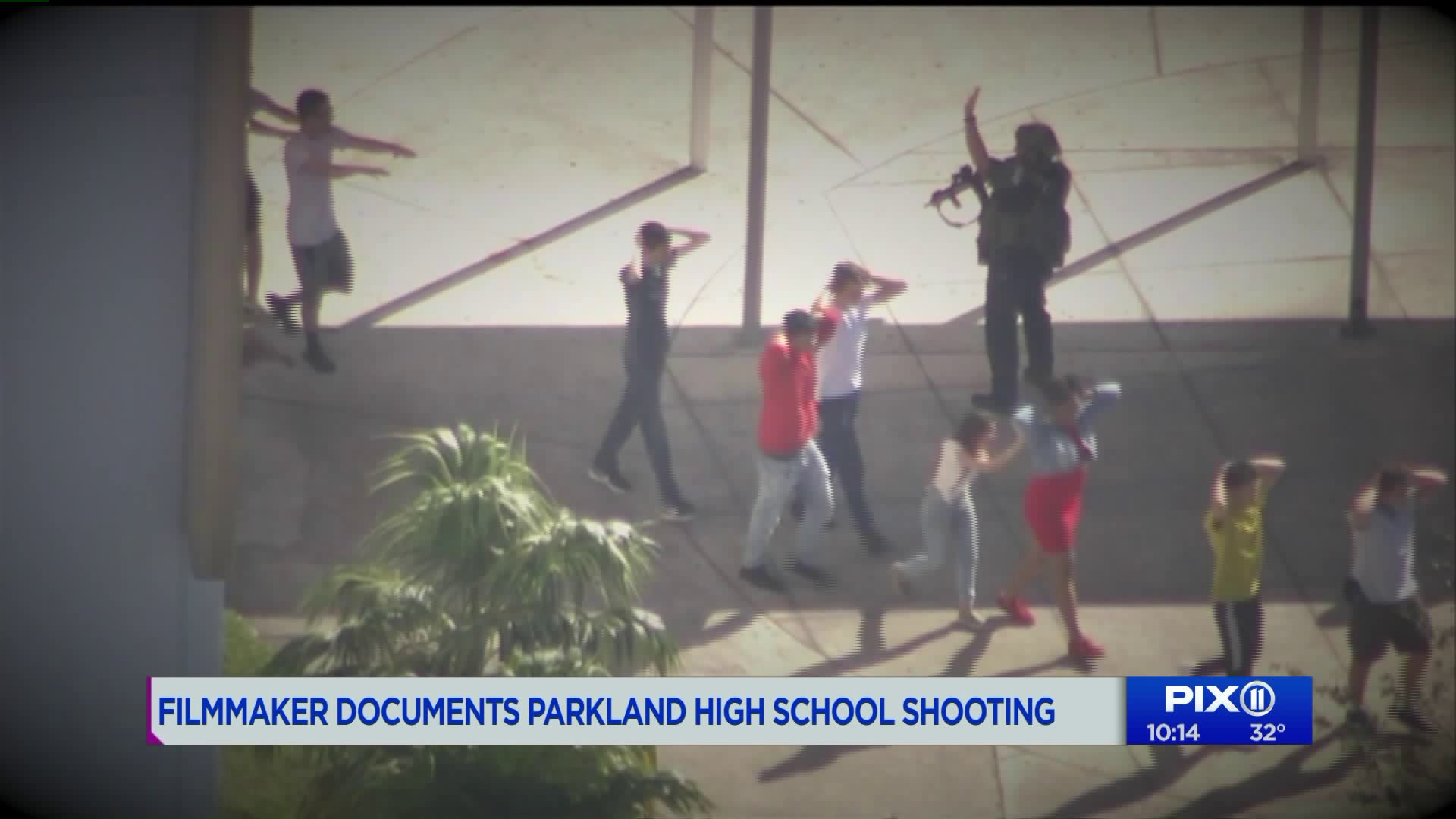 NEW YORK — It's hard to believe it's been one year since a gunman opened fire on students and teachers at Marjory Stoneman Douglas High School in Parkland, Florida.

A powerful documentary, called "Parkland: Inside Building 12," illustrates that fateful day and is being shown at Cinema Village Theater in West Village.

Film director Charlie Minn says it's a brutal look into that day that people need to see, with a recount from victims and survivors.

"Their stories are absolutely heroic gutsy and should be known to the world," Minn said.

The Feb. 14, 2018 shooting was the largest mass shooting in American high school history, where 34 people were shot and 17 students and staff members killed.

Former student, Nikolas Cruz, was later arrested... but the 19-year old's name is not mentioned once in the documentary.

"The killer is not mentioned once in my documentary to start a movement where killers names are omitted completely because I feel that creates copycats," Minn said.

Minn says mass shootings and gun violence are becoming too common, adding people need to see the raw reality of some of these terrible tragedies so more can be done to stop them.

And although the images are graphic and disturbing, Minn says it's something people need to see for gun violence and mass shootings to stop.

The film will be shown at Cinema Village from Feb. 15 through Feb. 21.