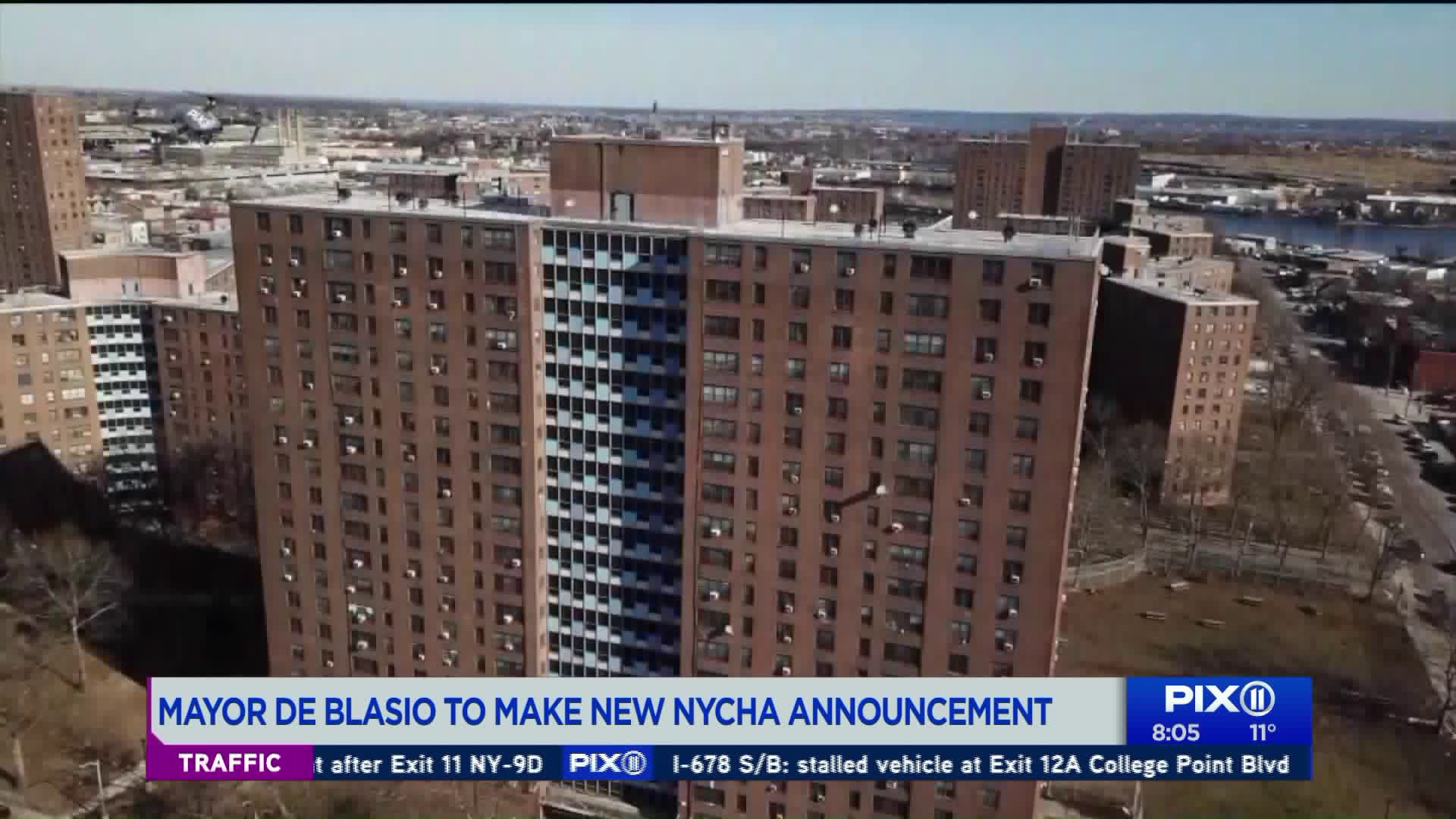 A day after Mayor Bill de Blasio welcomed Ben Carson to New York, the mayor is expected to make a new announcement regarding NYCHA.

NEW YORK — New York City Mayor Bill de Blasio is expected to make an announcement Friday regarding NYCHA a day after a deal was made for the housing system to get a federal monitor.

Under the plan, announced by U.S. Housing Secretary Ben Carson and Mayor de Blasio, the city would devote about $2.2 billion over the next few years fixing chronic problems and poor housing conditions.

The plan would put New York City Housing Authority under the eye of a federal monitor, but stop short of a solution suggested by a federal judge last fall, which would be to take the system out of the city's hands and place it under federal control.

Tenants in the system have complained for decades about rodents, mold and heat and hot water outages. Authority chairwoman Shola Olatoye resigned last year after an investigation revealed years of falsified reports about lead paint inspections.

An earlier $2 billion deal between the city and federal government was rejected by U.S. District Judge William Pauley in November.