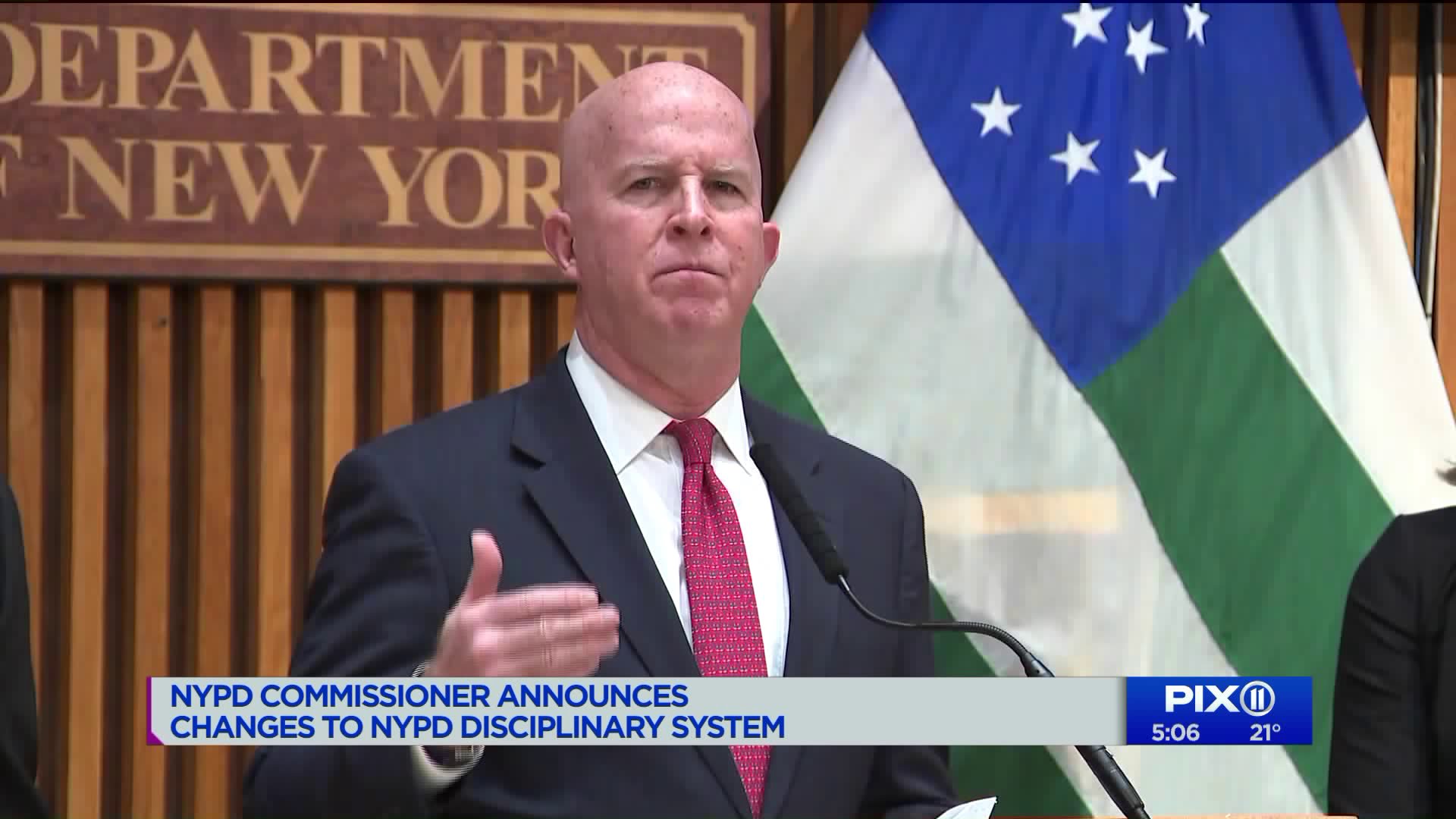 A panel of criminal justice professionals is recommending the New York Police Department take steps to increase transparency and accountability in its officer disciplinary process.

LOWER MANHATTAN — The question of how well police police themselves is at the center of a new report released to the public on Friday morning by an independent panel of former prosecutors. Their 57-page report concluded that while the NYPD's overall practices of disciplining officers in violation of the law and department policy was good, there was need for improvement.

The main message of their report, issued after seven months of interviews, research and analysis, was that the public needs to be better informed about the disciplinary process, and its results against officers.

"The most frequent complaint we got, frankly," said White, at a news conference at her law firm Friday, "was the lack of transparency.  You don't know whether to have confidence or not [in the process] if you don't have the information."

Very little information is publicly released about NYPD officers who are being reviewed by the department over allegations of wrongdoing.  The reason for that, according to both the panel and the NYPD, is a New York state regulation, Section 50-A of the Civil Rights Law, that ensures privacy for officers accused of violations.

"We certainly do recommend that 50-A be amended significantly," White said, "to provide greater transparency and accountability."

Her comment was echoed later in the afternoon by the police commissioner.

"I believe that the law must change," said Commissioner James O'Neill in a press conference at police headquarters here.  "We need to put out names, documents and outcomes."

He said that he has, and will continue to, advocate for state legislators to revise Section 50-A to allow much more information about officers accused of wrongdoing to be released.

"Our goal is not to make the job more difficult," said O'Neill, "It's to make sure our disciplinary system is fair."

Among other recommendations of the panel were for the NYPD to retain an external expert to do periodic audits of how the department is disciplining officers, and to adopt a disciplinary matrix, or a listing of different levels of discipline for different types of offenses.

Commissioner O’Neill said that he intends to implement a variety of changes in the disciplinary procedure, based on the panel’s recommendations. By city charter, the discipline of officers is left ultimately to the commissioner alone.

O’Neill personally requested that a panel be formed to review his department’s policies.

Even though the panel was made up of former law enforcement professionals, the union representing patrol officers described them as being against officers of the law.

“When we see a panel of distinguished law enforcement figures bowing to the demands of anti-police, pro-criminal advocates, it is clear that public safety in this city is headed down a very dark path. The panel’s recommendation to shred the confidentiality protections for police personnel records will put all New Yorkers in jeopardy. Criminals will exploit this supposed ‘transparency’ in order to escape justice, and police families will be exposed to even greater threats and harassment. With respect to the NYPD’s disciplinary processes, the panel’s recommendations amount to more of the same. They contain no enhanced accountability for supervisors and decision-makers, and nothing that would prevent meritless or fabricated complaints from derailing cops’ careers.  Just more bureaucracy engineered to pummel rank-and-file police officers, while holding the city and NYPD leadership blameless. None of this is surprising, because this supposedly ‘independent’ panel was created to provide political cover for these exact conclusions. New York City police officers long ago received the message: our city’s leaders have chosen their public safety priorities, and they have nothing to do with the actual concerns of the communities we protect. Police officers on patrol must conduct themselves accordingly.”