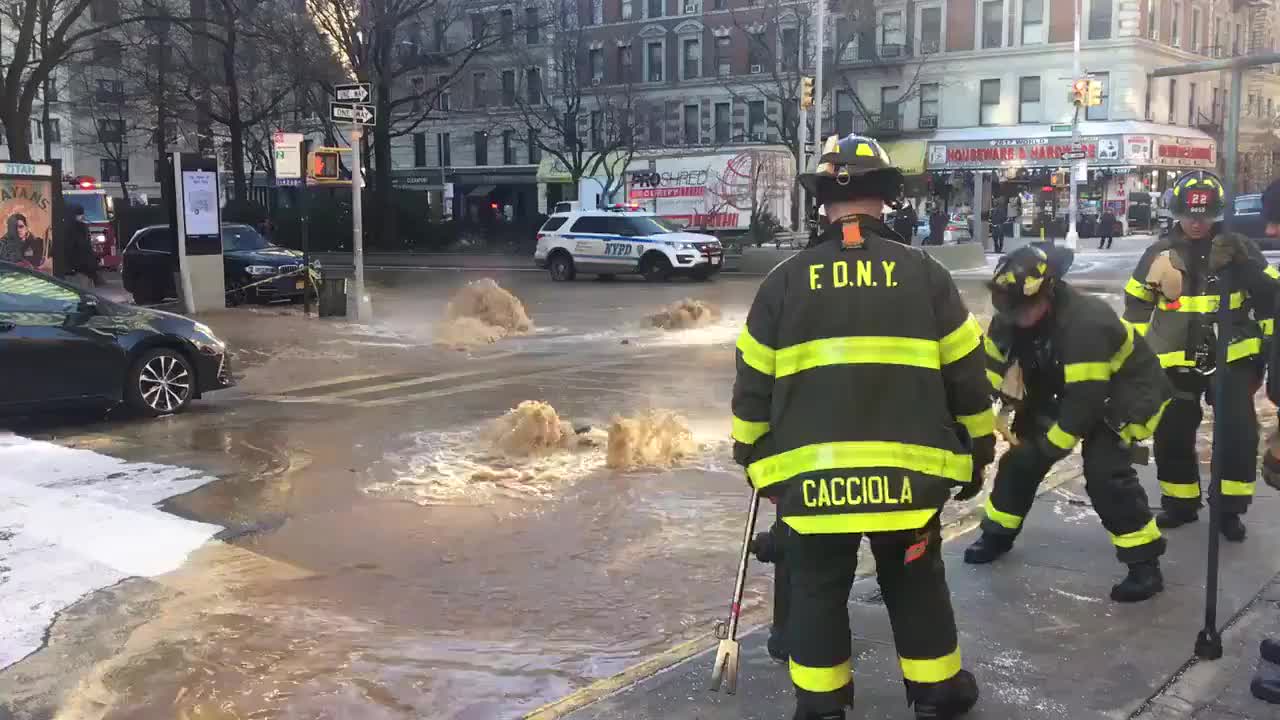 Streets on the Upper West Side are flooded following a water main break along Broadway and West 99th Street. (Twitter/@Above96th)

UPPER WEST SIDE — A water main break flooded streets on the Upper West Side Thursday morning.

Authorities responded to the break along Broadway and West 99th Street after 9 a.m.

As New York City is hit with frigid, cold temperatures, crews scramble to repair the water main break before water turns into ice.

NYC Councilman Mark D. Levine who represents the affected area said on Twitter just before 1:30 p.m. that the broken water main has been shut down and water is being pumped out of the area.

The Department of Sanitation is on scene, spreading salt out to minimize icing.

Motorists are advised to avoid the area if possible and expect heavy traffic.

About 200 household units and 20 businesses are without water, according to the Department of Environmental Protection.