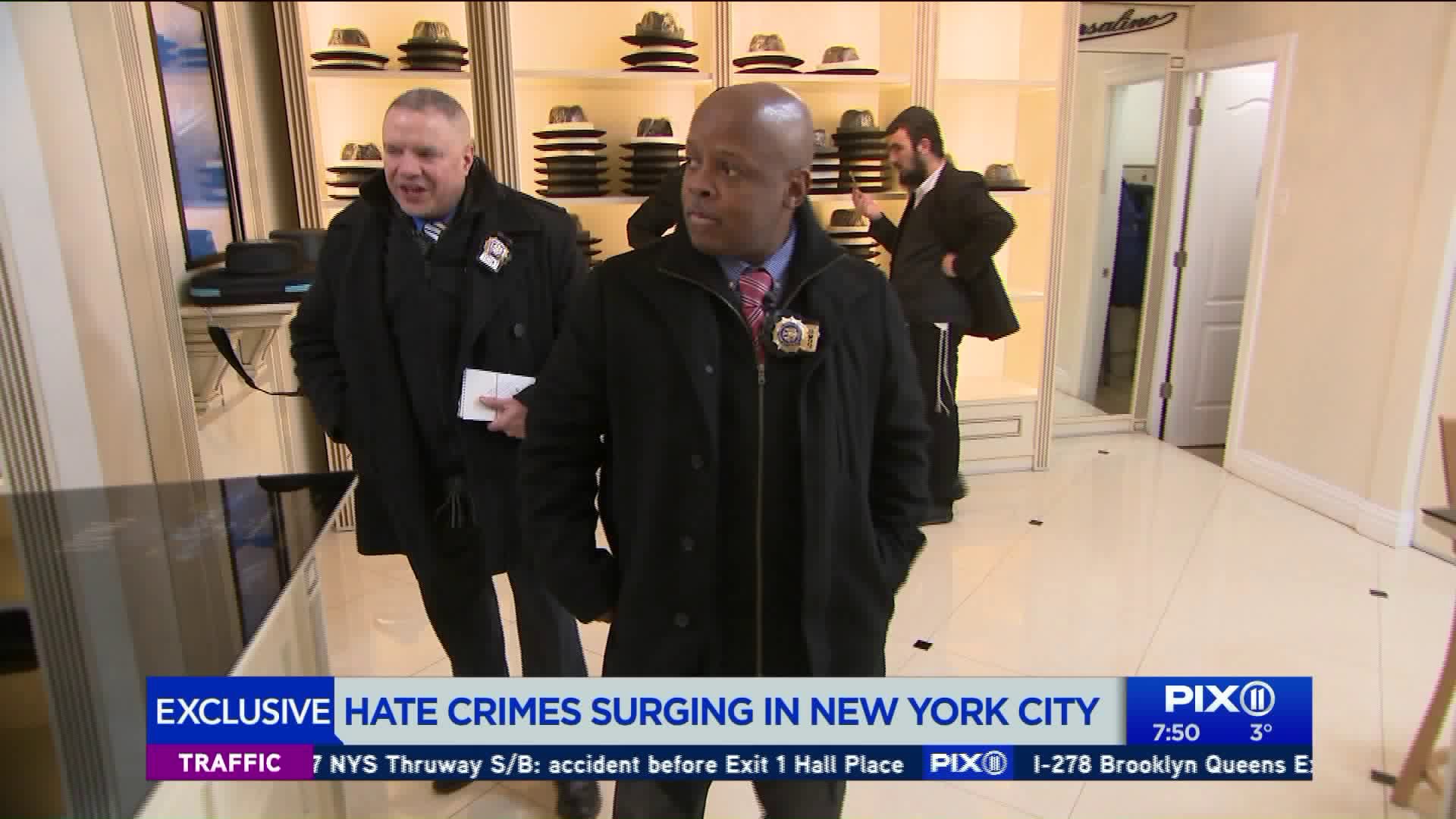 Detectives Greg Wilson and Mike Rodriguez show us how an NYPD task force of two dozen cops is working hard to drive down the surge in hate crimes across the city.

NEW YORK — New Yorkers are being victimized by hate crimes at an alarming rate. While overall crime is down in the city, PIX11 discovered more people are being attacked because of their beliefs.

Reporter Anthony DiLorenzo got an exclusive look at the increasingly busy NYPD hate crimes unit, a dedicated task force working to drive down the troubling surge in hate crimes across the city.

DiLorenzo joined detectives Greg Wilson and Mike Rodriguez in Crown Heights, Brooklyn, as they looked for evidence and witnesses after a man was caught on camera sucker-punching a Jewish woman in the area.

The veteran cops are two of two dozen detectives working on the task force that saw a sudden surge in bias crimes last year.

While 52 percent of bias-crime cases in 2018 were anti-semitic, Deputy Inspector Mark Molinari, who oversees all hate-based investigations at the NYPD, told us he also saw 12 percent more attacks against black and gay communities last year.

Evan Bernstein, regional director at the Anti-Defamation League, credits outreach efforts by the NYPD and community policing for stemming the tide of hate that peaked in the '90s.

"There's been a lot of progress in Brooklyn since [the] Crown Heights riots, but there's more to do," he said.

When it comes to battling hate, Bernstein suggests it should start in school.

"Now, more than ever, we [should] get anti-bias training in schools and train kids at a very early age."