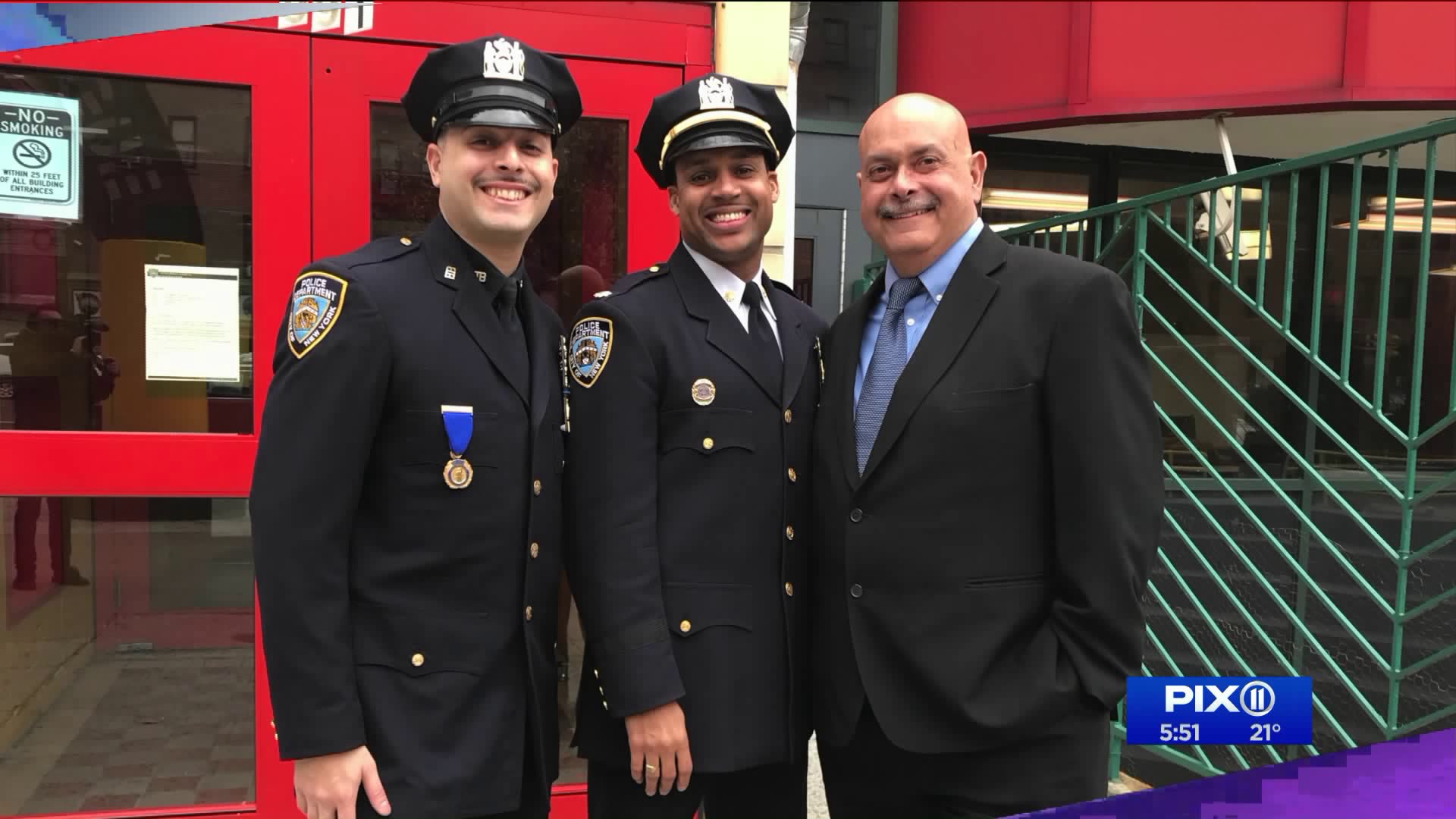 THE BRONX -- It's a Bronx tale about some of New York's finest.

"In 1998 I came here to the south Bronx center and I met officer Collazo," said NYPD Deputy Inspector Benjamin Gurley.

He talked to PIX11 from the Police Athletic League Center in the Bronx, the same place where he met and worked with a man who encouraged him to get into law enforcement over 20 years ago.

Gurley ran a teen program and now retired officer Jose Collazo was the police liaison at the PAL center at the time.

"He was just Ben Gurley at the time, he was a young man who was very energetic," Collazo said.

Gurley remembers, "he sat me down and asked me if I was interested in going to the police department."

Deputy Inspector Gurley, who was born and raised in the Bronx, joined the NYPD in 2000. He says his transition from the community center to the police department wasn't too tough.

"I already had a relationship with hundreds of people in the community."

In the past 19 years, he worked in various precincts and specialized units.

"When you get into the police department you realize how big it is and how many opportunities you weren't aware of."

Today, he's the commanding officer at the 43rd precinct in the Bronx, which covers 4.3 square-miles of the borough.

He oversees over 300 uniformed members of the NYPD and 75 civilians.

"My police officers are trying to figure out strategies to fight crime and increase police community relations," said Gurley.

He thanks retired officer Collazo for his guidance.

"When I was growing up in the Bronx I saw uniforms, and blue and white cars - now, my kids and the community get to see us as people."

Collazo, who was with the NYPD for 15 years and worked with teens most of his career also inspired his son to be a cop.

"My dad is my hero and my best friend, why not follow in his footsteps, here I am today," said his son, Jose Collazo Jr., who's currently a detective with the NYPD.

"I share in their joys and success, it's a blessing to me as an old man," said Collazo Sr.