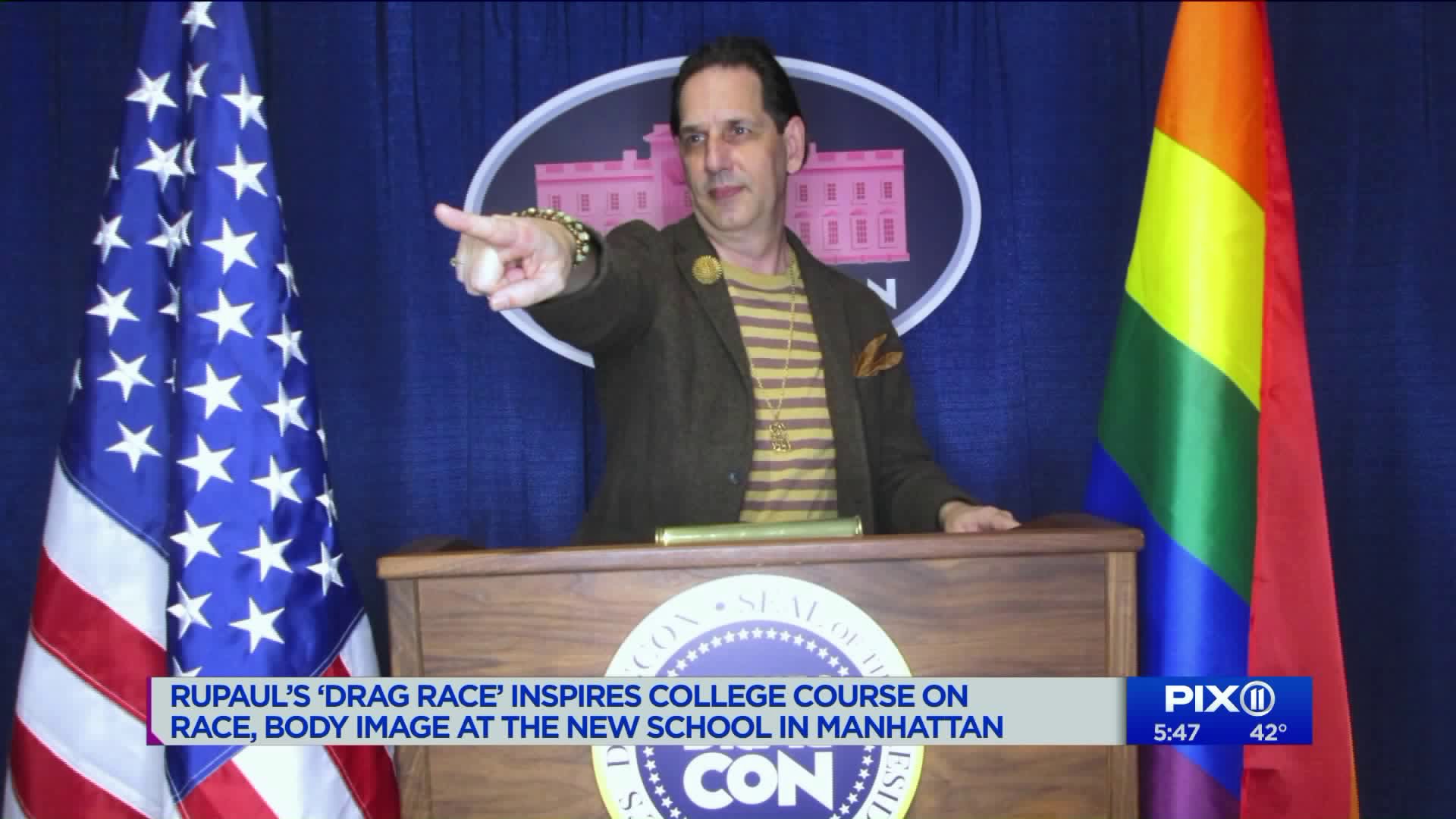 A self-described `drag historian` is teaching a full course at The New School. It will focus on hit reality show "RuPaul`s Drag Race."

“I’m a drag historian in full drag,” he said.

With over 30 years experience studying female impersonation, the self-described drag historian is now spreading his wealth of knowledge, teaching a full semester course at the New School in Manhattan that focuses on the hit reality competition series "RuPaul’s Drag Race."

The course, called “RuPaul’s Drag Race and its Impact” delves into just that - the impact the show has had on culture. It also takes a look at drag history.

“The students - believe you me - are going to be reading their eyes out,” Jeffreys said. “This is a heavy reading course and a lot has been written on the academic level about 'RuPaul‘s Drag Race.'”

From how race and ethnicity is scrutinized within the community to body image and self acceptance - the curriculum tackles topics covered in the series.

The course has naturally attracted avid fans of the show, including theater major Mateo Roska and sociology major Maggie Mosbarger

“Not only is it just about queer people and their stories but they’re stories that can be universal because it’s all about struggle,” Roska said.

For Jefferys, he hopes students not only walk away with a better understanding of drag and its origin but the impact pop culture has on society.

“Pop culture is something that is serious and should be looked at to gain greater insight into what’s going on in the world right now,” he said.