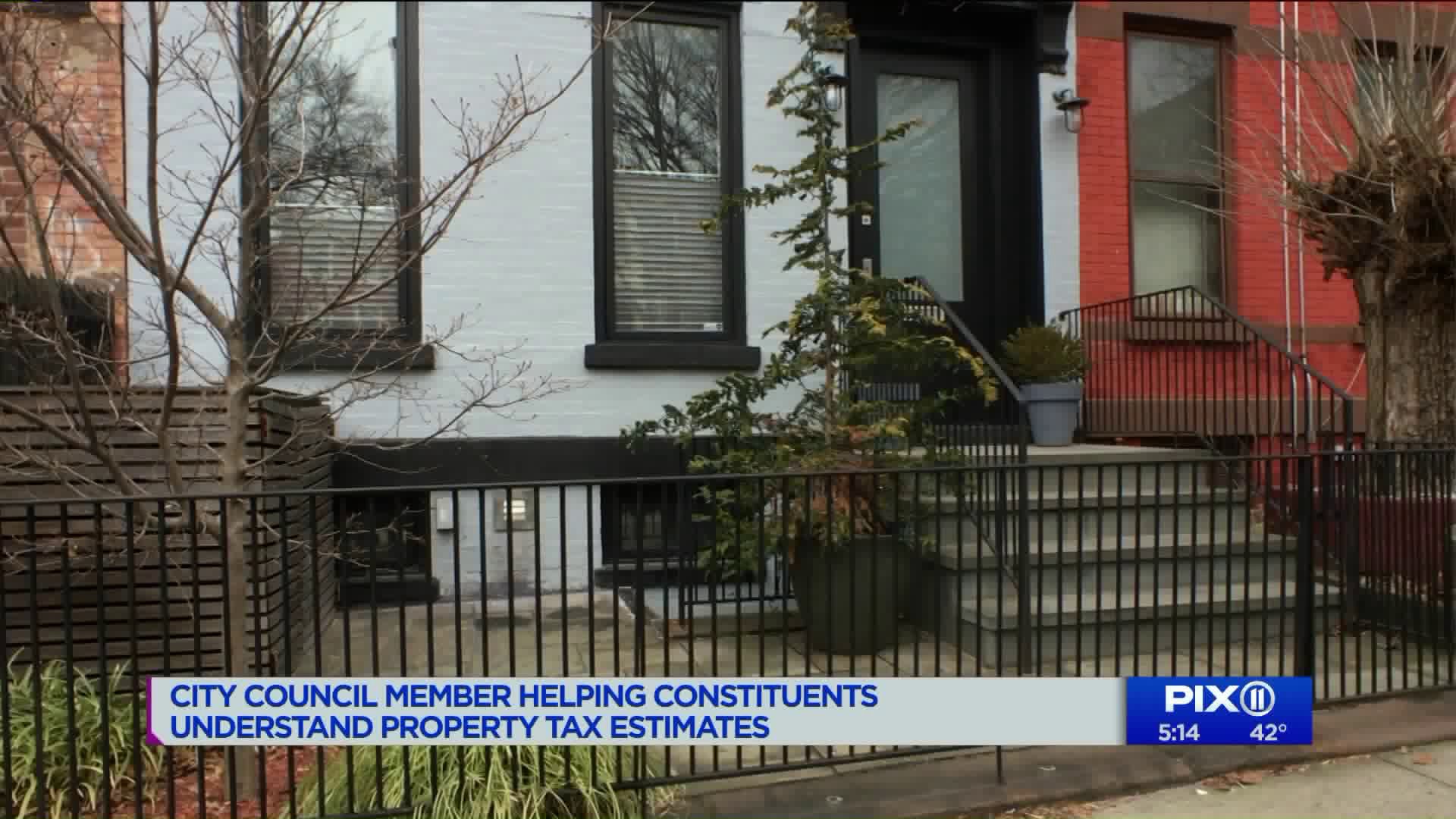 Earlier this month the city sent out their annual notice of property values or NOPV as they`re known.The notification is meant to inform home owners what they should expect to pay in taxes for the upcoming year.

NEW YORK -- Earlier this month, the city sent out their annual notice of property values or NOPV as they're known.

The notification is meant to inform home owners what they should expect to pay in taxes for the upcoming year.

But this year, people in South Brooklyn are getting sticker shock. Like most people, Teri Brennan recently got her notification in the mail.

"And I was very leery about opening it having seen so many people commenting about how awful it was," Brennan said.

"People are freaking out and I don't blame them," said City Council Member Justin Brannan. "Especially because I think the Department of finance goes out of its way to make these things as confusing as possible. You need like a master's degree in trigonometry to figure out how to read these notices."

Brannan says his office is trying to help people understand the tax estimates, but no matter how you slice it one issue keeps coming up time and time again. Many of his constituents are upset that Mayor de Blasio is estimated to owe just $4,000 on his Park Slope home that's worth nearly $2 million. Homes in Bay Ridge with a lower estimated value would pay twice as much.

"They haven't changed the way things were calculated in the 80s and the city is a very different place than the 80s," said Brannan.

While the Mayor's home serves as the perfect example of the property tax problems in New York City for many Brooklyn residents, Brannan says the problems extend throughout many of the traditional brownstone neighborhoods in Brooklyn.

"It's not just the mayor, it's that people in Park Slope, who live in multi-million dollar brownstones are paying less in property taxes than people in my district, in Dyker Heights who live in a two family attached house. It's outrageous, it's insane."

Which is why Brannan fought for the newly created Advisory Commission on Property Tax Reform. He's hopeful the commission will be able to come up with a new plan before his constituents have to pay their out of control taxes. And he says it's not enough to make sure that people in the trendy neighborhoods pay up.

"You gotta give a rebate or some sort of relief to my constituents who have been paying outrageous amounts for so long, while these guys have gotten away with paying nothing, paying peanuts."

"There just needs to be equity," Brennan said. "There should not be different rates for different neighborhoods. It should be based on the services you get, the value of your property and all of that."

She says she's a firm believer that everyone should pay their fair share, but the fair part is important.