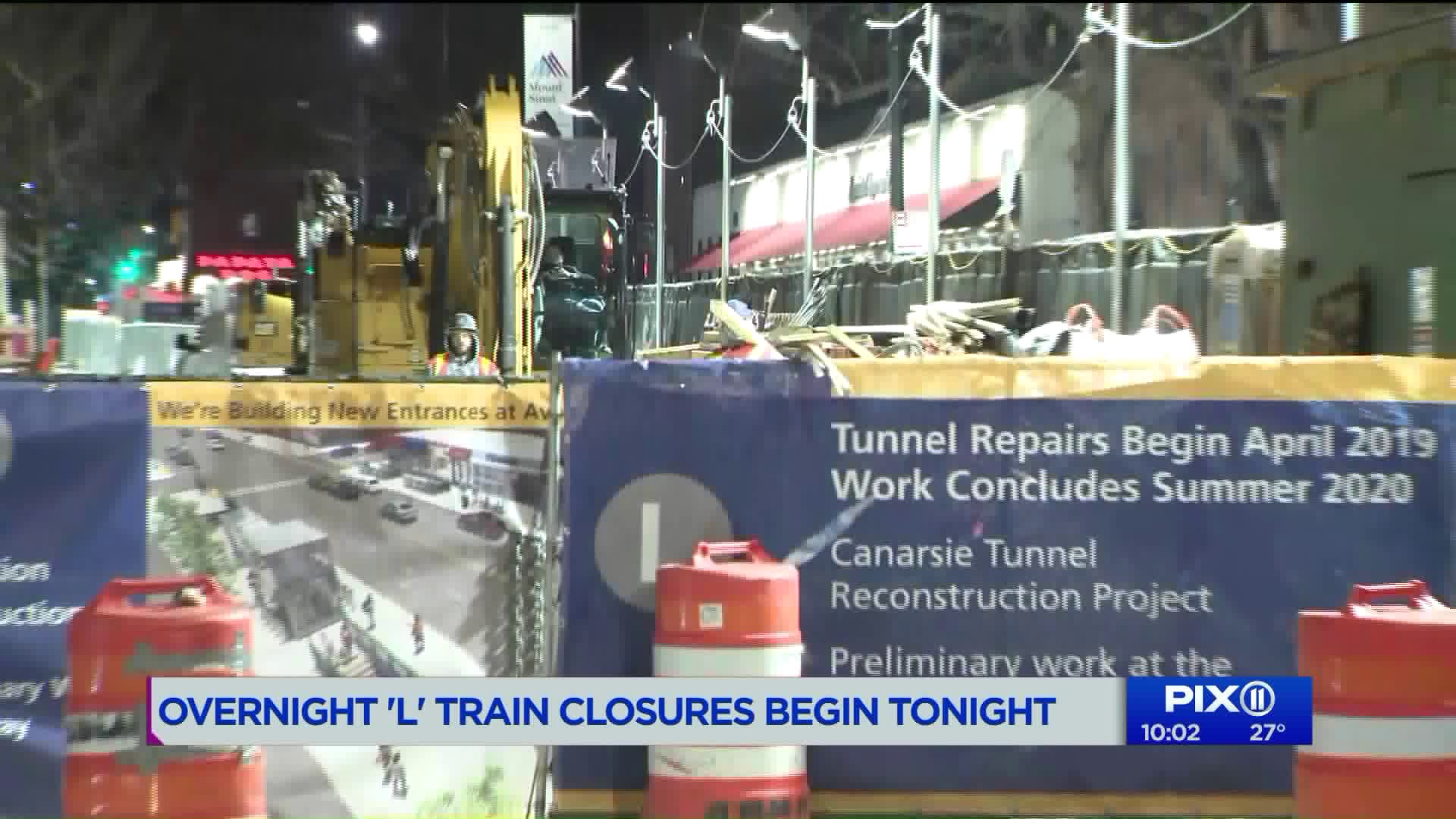 From Monday until March 18, L trains will not run between Broadway Junction and 8 Avenue weeknights from 10:45 p.m. to 5 a.m.

L train disruptions for overnight and weekend travelers are beginning Monday and are expected to last through March.

From Monday until March 18, L trains will not run between Broadway Junction and 8 Avenue weeknights from 10:45 p.m. to 5 a.m.

The MTA recommends overnight travelers do the following:

Weekend closures will also take effect on and off starting Feb. 1 and lasting through March 18, from 10:45 p.m. Friday to 5 a.m. Monday

The following timetables for weekend closures were announced on MTA's website:

The MTA recommends weekend L train travelers to do the following:

If you’re traveling between Manhattan and Brooklyn, you can take special weekend M service, A or C trains and free shuttle buses. M trains will operate to and from 96 St Q station in Manhattan. To connect with the A, C and M trains, as well as free shuttle buses for service in Brooklyn, you can use Myrtle-Wyckoff avenues and Broadway Junction stations.

If you’re traveling in Brooklyn, the L will operate between Broadway Junction and Canarsie Rockaway Pkwy. We’ll also be running three shuttle bus routes making stops at all L stations between Bedford Avenue and Myrtle-Wyckoff avenues:

Gov. Andrew Cuomo recently scrapped a plan that would have shuttered the L train for 15 months while crews worked to repair tunnel damage caused by 2012's Superstorm Sandy. He revealed a last-minute plan in December that would let crews work on the tunnel during nights and weekends. That plan will allow the trains to keep running amid the tunnel repairs.