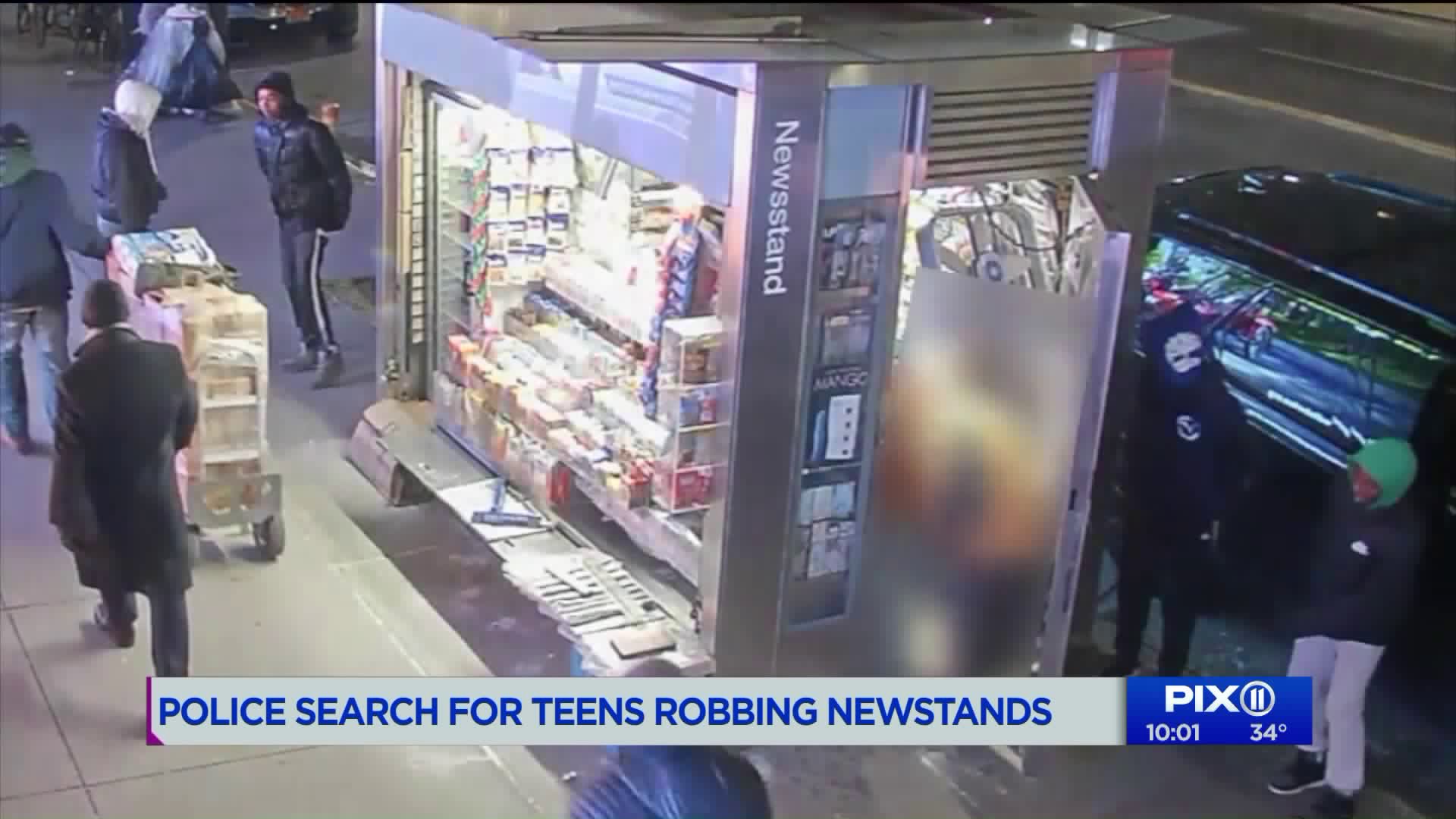 The NYPD is asking the public`s help identifying a group of teens who have allegedly been behind a string of violent newsstand robberies in Manhattan over the last month.

NEW YORK — The NYPD is asking the public's help identifying a group of teens who have allegedly been behind a string of violent newsstand robberies in Manhattan over the last month.

The group of teens are allegedly responsible for seven separate incidents between Jan. 15 and Jan. 23 across Midtown that have left several newsstand employees suffering with lacerations and swelling.

In one instance on Jan. 19, one of the teens stole a candy bar from the front of the stand, sending the employee chasing after him. When the clerk left the newsstand, the other teens broke inside and took about $475.

NYPD Crime Stoppers released surveillance video of the group scouting a location before one of their attacks. Two teens are seen distracting the employee, who was standing outside stacking items in the cooler, while the others run inside the empty newsstand and run back out with the cash.

Officials say there could be as many as five teens involved.

Police are offering up to a $2,500 reward for information about the perps.

WANTED for a Burglary Pattern of News Stands in #Manhattan @NYPDMTS @NYPDMTN . Do you recognize this person? Have you seen 👀this person? ☎️Call 800-577-TIPS or DM us! 📞 are ANONYMOUS! 💰YOU CAN RECEIVE UP TO $2500 REWARD! #YourCityYourCall @NYPDDetectives @ABC7NY @NY1 pic.twitter.com/j0aTHcxaN9