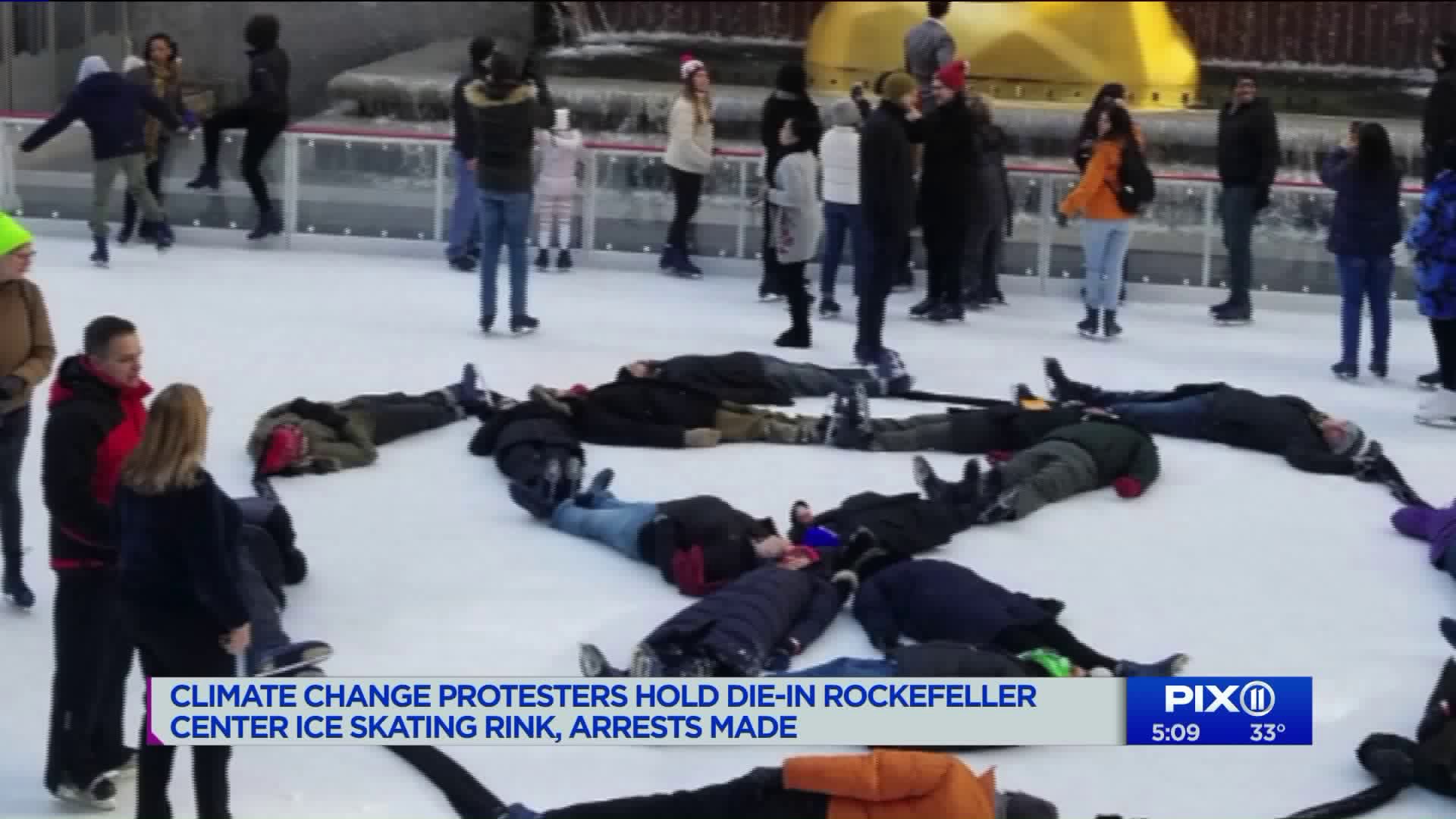 Environmental activists are trying to agitate officials in Manhattan to draw attention to climate change.

Environmental activists are trying to agitate officials in Manhattan to draw attention to climate change.

The protest was part of a national day of action planned by group called Extinction Rebellion. The group's website says it is calling for "legally binding policy measures" to reduce carbon emissions to net zero by 2025.

One protester climbed the rink's famous statue of Prometheus and unfurled a black banner that said "Climate Change = Mass Murder" and "Rebel for Life" during the protest Saturday. The others lay down in a circle on the ice.

Police say the protester who scaled the statue was arrested on a charge of reckless endangerment and eight others were arrested on disorderly conduct charges. No injuries were reported.

"He wanted to bring awareness to climate change," one witness said. "It was a beautiful visual took great courage for him to risk his freedom in that way."