What’s next for Roger Stone? Comments he’s made exclusively to PIX11 in the past offer clues 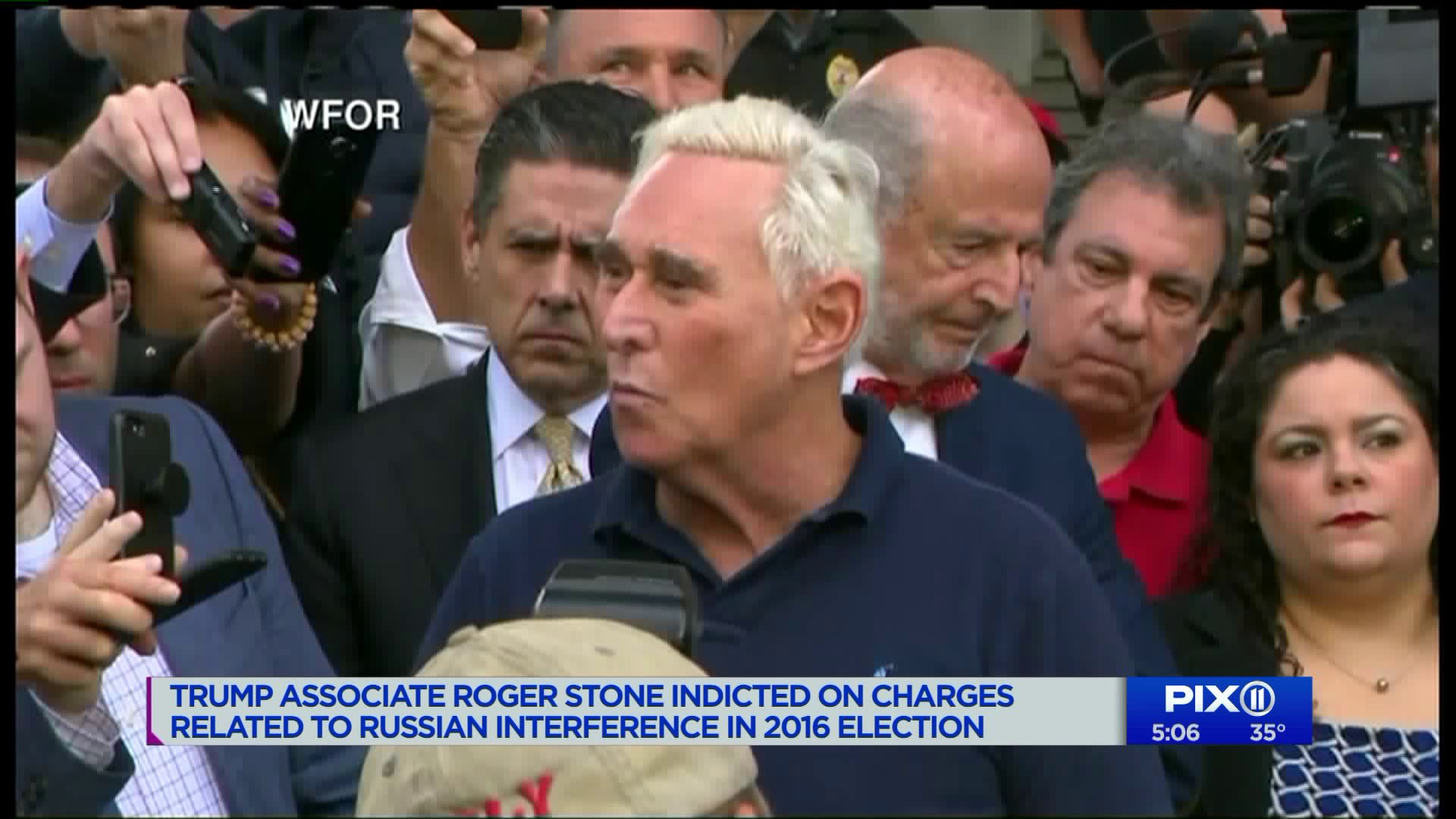 Shouting "FBI, open the door," authorities arrested Roger Stone, a confidant of President Donald Trump, before dawn Friday in a criminal case that revealed that senior members of the Trump campaign sought to benefit from the release of hacked emails damaging to Hillary Clinton.

HARLEM -- Roger Stone's arrest on Friday happened in Fort Lauderdale, but the FBI carried out raids at two of Stone's homes -- the one in which he was living in Florida, and the one he keeps here in Upper Manhattan.

"I saw a bunch of cops and people taking pictures," said Daine Dozzi, who lives across the street from the West 117th Street condominium building in which Stone rents a small apartment. Dozzi said that the raid was not a big spectacle, even though plainclothes FBI agents shut down the block, between St. Nicholas Ave. and Frederick Douglass Blvd., for two hours early Friday morning.

Agents seized a variety of items including, apparently, Stone's computer. The raid was carried out around the same time that FBI agents overtook Stone's Ft. Lauderdale home, during the 5 a.m. hour, and lasting until almost 8 a.m.

Stone's fellow building residents who've encountered him, his wife, and his live-in friend Kristin Davis -- who's gained notoriety in her own right as the Manhattan Madam, whose call girl business helped lead to former Gov. Eliot Spitzer's downfall -- said that they're not friendly or social neighbors.

One resident, who did not want to be identified, called them "nasty."

Another, Jim Lally, said that his wife had had to walk through a gathering of FBI agents in the lobby of the building on her way to work, and she'd called him to say that she'd thought they were there to investigate Stone. Shortly after her phone call to him, Lally said, his wife sent him a link from a news website showing that indeed Stone had been arrested.

"There's a lot going wrong in this country, and he's part of it," Lally said.

Despite being disgraced by federal investigators -- Stone faces seven felony charges, and was released on $250,000 bond -- the political consultant, advisor and friend to President Donald Trump remained upbeat.

"I look forward to being fully and completely vindicated," Stone said outside of federal court in Ft. Lauderdale late Friday morning, beaming after flashing peace signs from both of his outstretched hands, in the style of his hero, Richard Nixon.

His optimistic outlook was consistent with comments he's made in the past in interviews with PIX11 News.

"New Yorkers like a person who gets knocked on his keister and comes back up," the self-described agent provocateur told this reporter in an interview in his home in 2012.

Even then, he discussed his friendship with Donald Trump and how he'd helped to engineer then-developer Trump's comeback from one of his bankruptcies.

Now, the two remain friends. Trump said Stone has "guts," in a tweet on Friday, but when asked in person on Friday afternoon to respond to his friend and advisor's indictment, the president refused to comment.