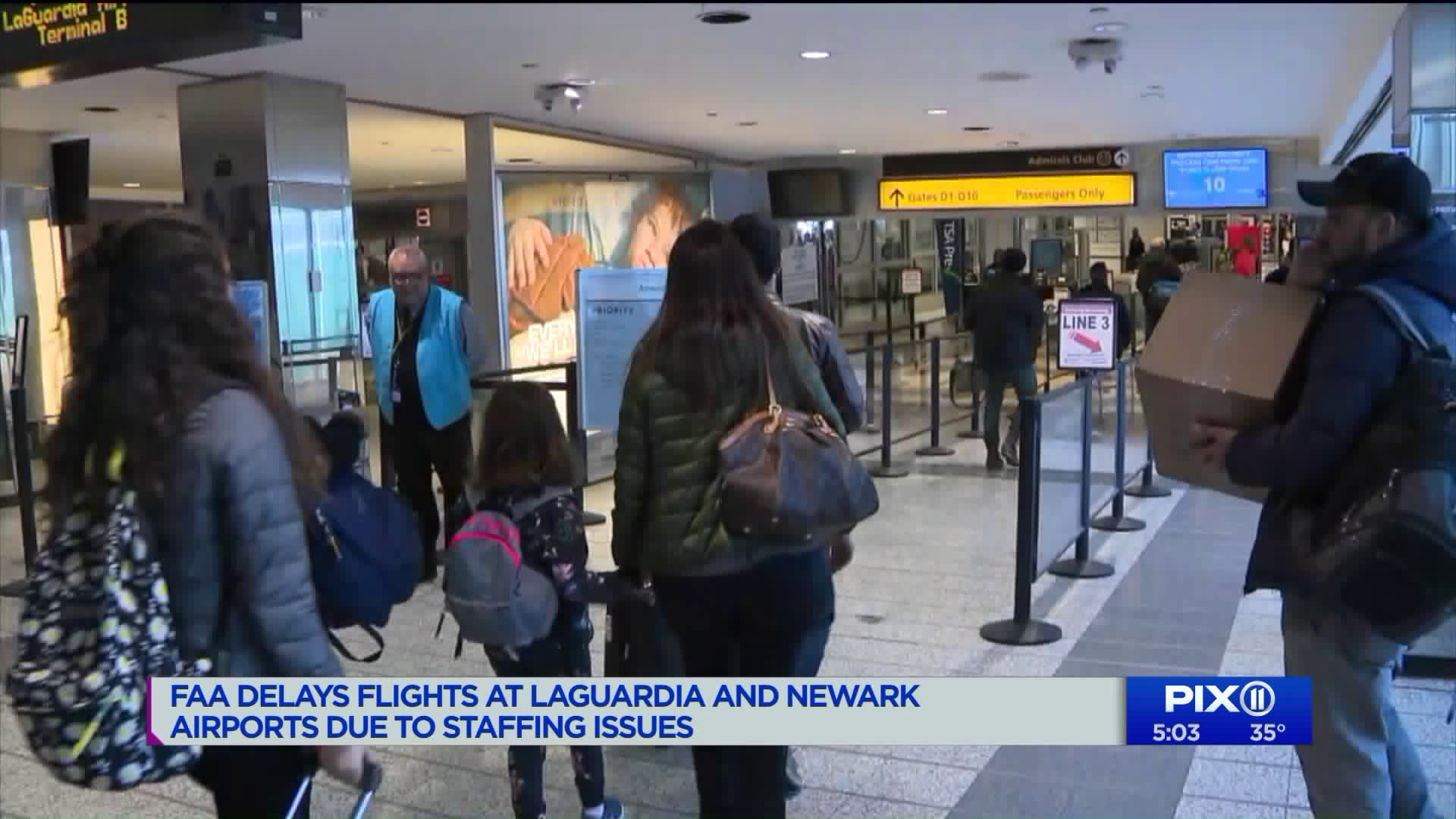 Staffing issues at air traffic control centers around Washington and Jacksonville, Florida, caused delays across the Northeast, an official with knowledge of the situation told CNN.

The delays appeared to be easing by Friday afternoon.

"You can't mess with a system that is so integral to the United States," she told CNN on Friday. "This is reckless, what has been going on with the shutdown."

President Donald Trump has been briefed on the situation, a spokeswoman said.

A White House official said the air traffic delays played a key role in Trump backing down -- at least temporarily -- from his insistence on border wall funding to reopen the government.

"Planes have to keep flying. This is getting worse and worse," the official said. "He knows this has to end."

The White House had been discussing the shutdown's impact on commercial aviation with officials at federal transportation agencies, according to a source familiar with the talks.

The stark portrayal presented to the White House of a prolonged shutdown coupled with a shortage of Transportation Safety Administration officers and Friday's massive delays were a "contributing catalyst" for the agreement ending the shutdown, the source said.

Stoppage could have a nationwide ripple effect

Though all New York-area air traffic centers are fully staffed, delays continued at LaGuardia because of a ground stop, the official told CNN. The late-morning ground stop, ordered to clear congestion, has been lifted, the FAA reported.

Ground stops, especially long ones, typically can have a ripple effect nationwide, forcing bottlenecks and delays at airports that feed into other destinations.

Mary Campbell Jenkins said she was aboard a plane Friday on a tarmac in New York when the pilot announced that connecting flight information was limited "due to a ground stop here at LaGuardia due to the government shutdown."

The region is one of the most trafficked airspaces in the world, with 20% of all airline passengers in the country traveling out of airports in the Northeast, according to the FAA.

FAA officials were working Friday to mitigate the staff shortage, they said.

"We have experienced a slight increase in sick leave at two air traffic control facilities affecting New York and Florida," the agency said.

"As with severe storms, we will adjust operations to a safe rate to match available controller resources. We've mitigated the impact by augmenting staffing, rerouting traffic, and increasing spacing between aircraft as needed."

Controllers may be 'not fit for duty,' union exec says

The delays -- as the partial federal government shutdown entered its fifth week -- come less than two days after the president of a major air traffic controllers union warned it poses a major safety risk.

"You cannot continue to operate a system this complex for this long without the support structure of the people that are furloughed," Gilbert told CNN on Friday. "We are already short-staffed. Now you have added the stress to air traffic controllers and their personal circumstances, and they're not sleeping at night. We are concerned that they are not fit for duty."

Flight delays are just one ancillary outcome of the shutdown that have affected air travel. The Transportation Safety Administration said callouts are double the rate of a year ago -- 7.6% versus 3%. TSA would not reveal callout rates for individual airports. The airports with the longest average wait times were Atlanta with 42 minutes and Baltimore at 37 minutes.

Even before the shutdown, the FAA had identified the busy Northeast corridor as a priority for improving its air traffic control infrastructure, targeting the region for planned improvements in communications procedures and efficient runway operations.

Air traffic controller staffing nationwide also already had been a key FAA consideration. The agency said in a 2018 report that it expected to lose "over 1,600 controllers due to retirements, promotions and other losses this fiscal year."