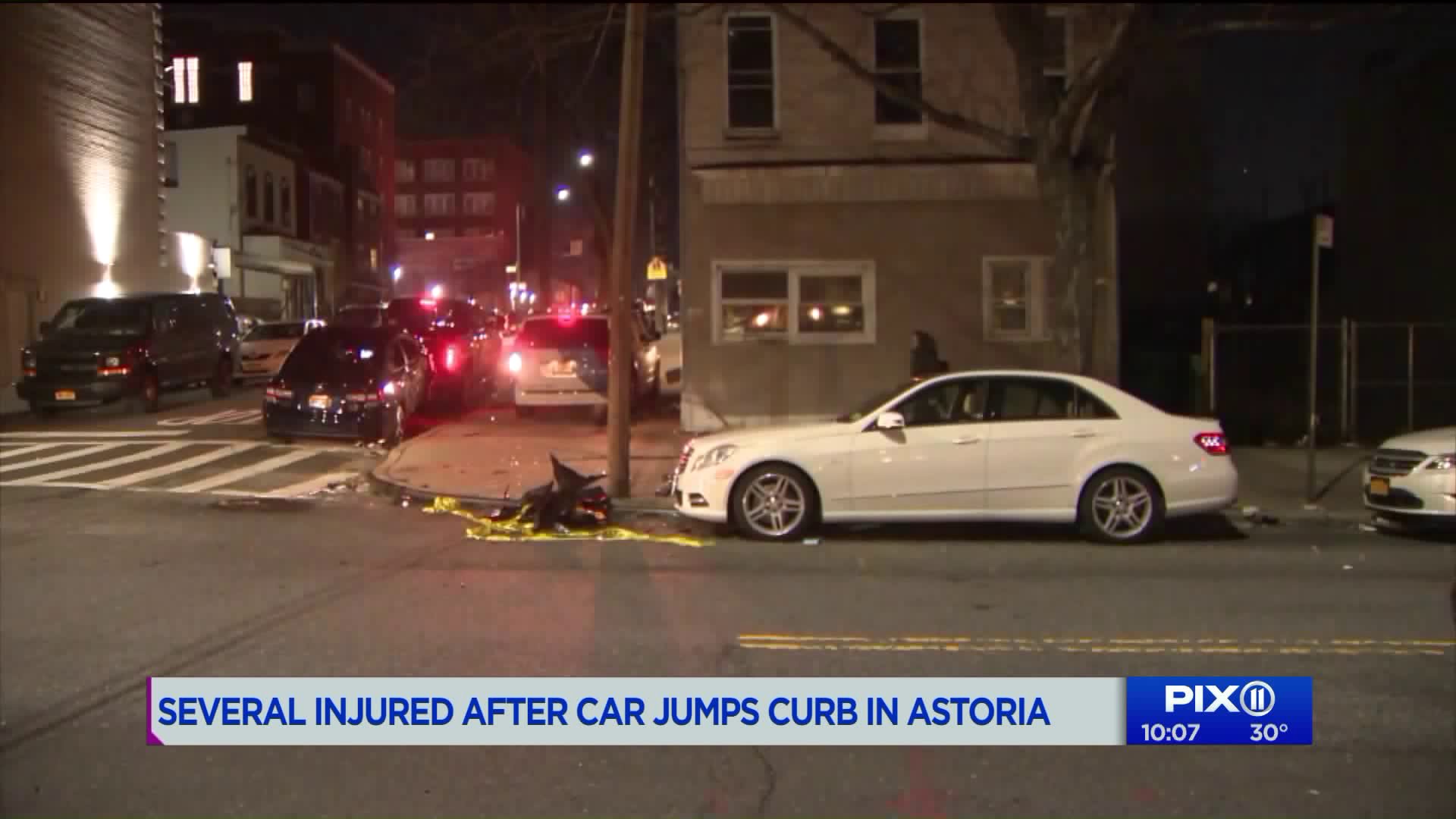 Officials say the incident happened shortly before 6:30 p.m. near 20th Road and Steinway Street in Astoria.

"It just happened so fast... the impact was very powerful," one witness said. "One car went straight up against the house... two pedestrians were sitting right there and the other car ended up down there."

Two pedestrians sustained serious but not life threatening injuries when they were hit while standing on the curb. They were taken to a hospital for treatment.

Three passengers in one car and the driver of the other car suffered minor injuries.

It was not immediately known if charges will be filed.