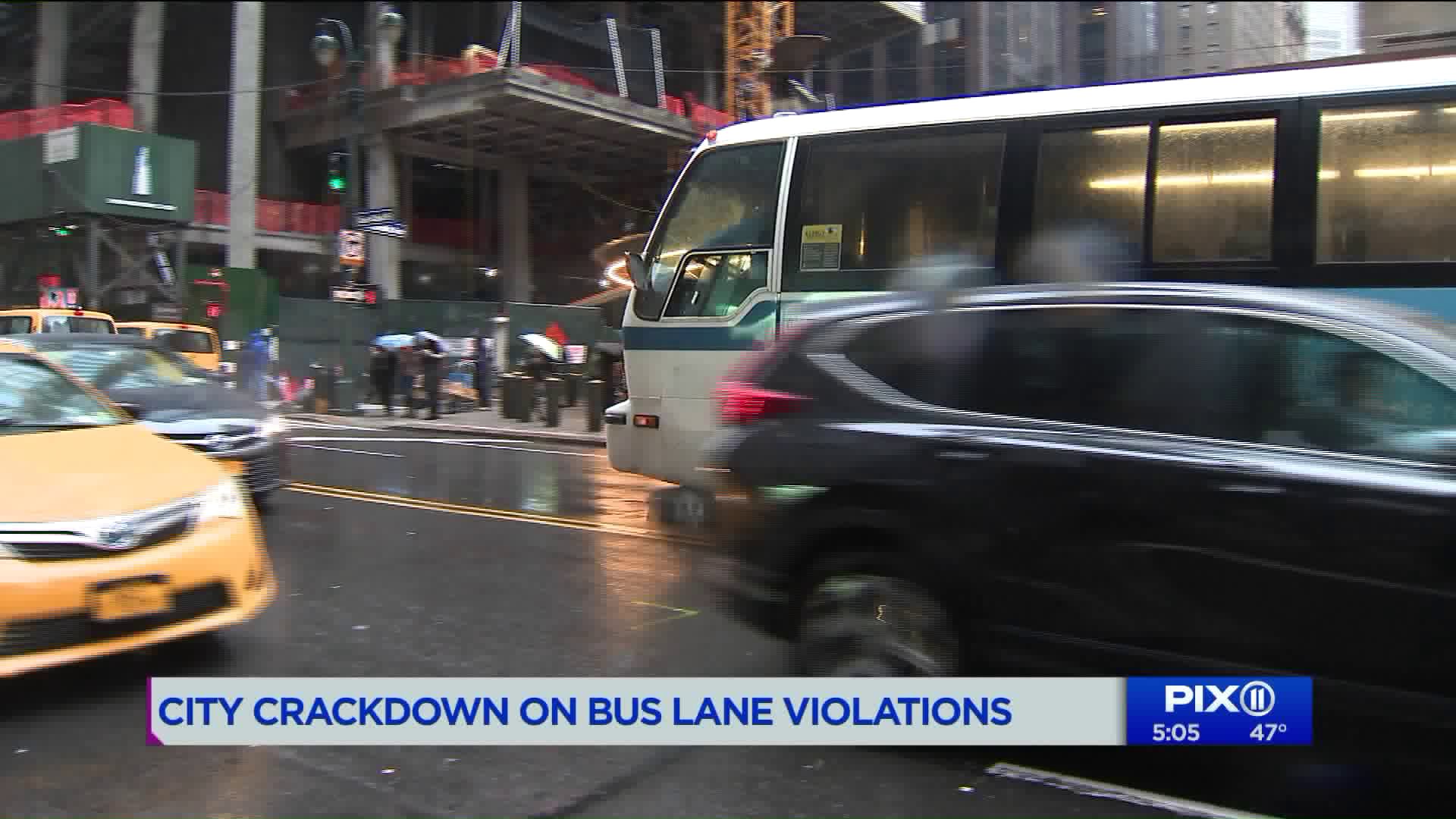 "For the first time ever, the NYPD will have a squad of tow trucks and drivers dedicated specifically to clearing out the bus lanes," de Blasio said at the West Side NYPD tow pound.

A new batch of enforcement agents and tow truck drivers will focus on people illegally parking in bus lanes. When a bus lane or bus stop is blocked, it makes it much harder for buses to move quickly.

"Usually we wait 8 to 10 minutes for a bus, which is kinda frustrating when we have places to go," New Yorker Dee Reddick said on Madison Avenue.

As he waited for his bus, a delivery truck was parked in a bus zone.

"We determined specific bus routes in each borough that would benefit most from increased attention by towing and also enforcement resources," NYPD Chief of Transportation Thomas Chan said.

Some of the slowest bus routes in the city are in State Senator Brad Hoylman's district. He said the M42 crosstown bus runs just 3.9 miles per hour.

"Squirrels can run at a faster pace than these buses. The average human speed is 3.1 miles per hour, just walking," Hoylman said.