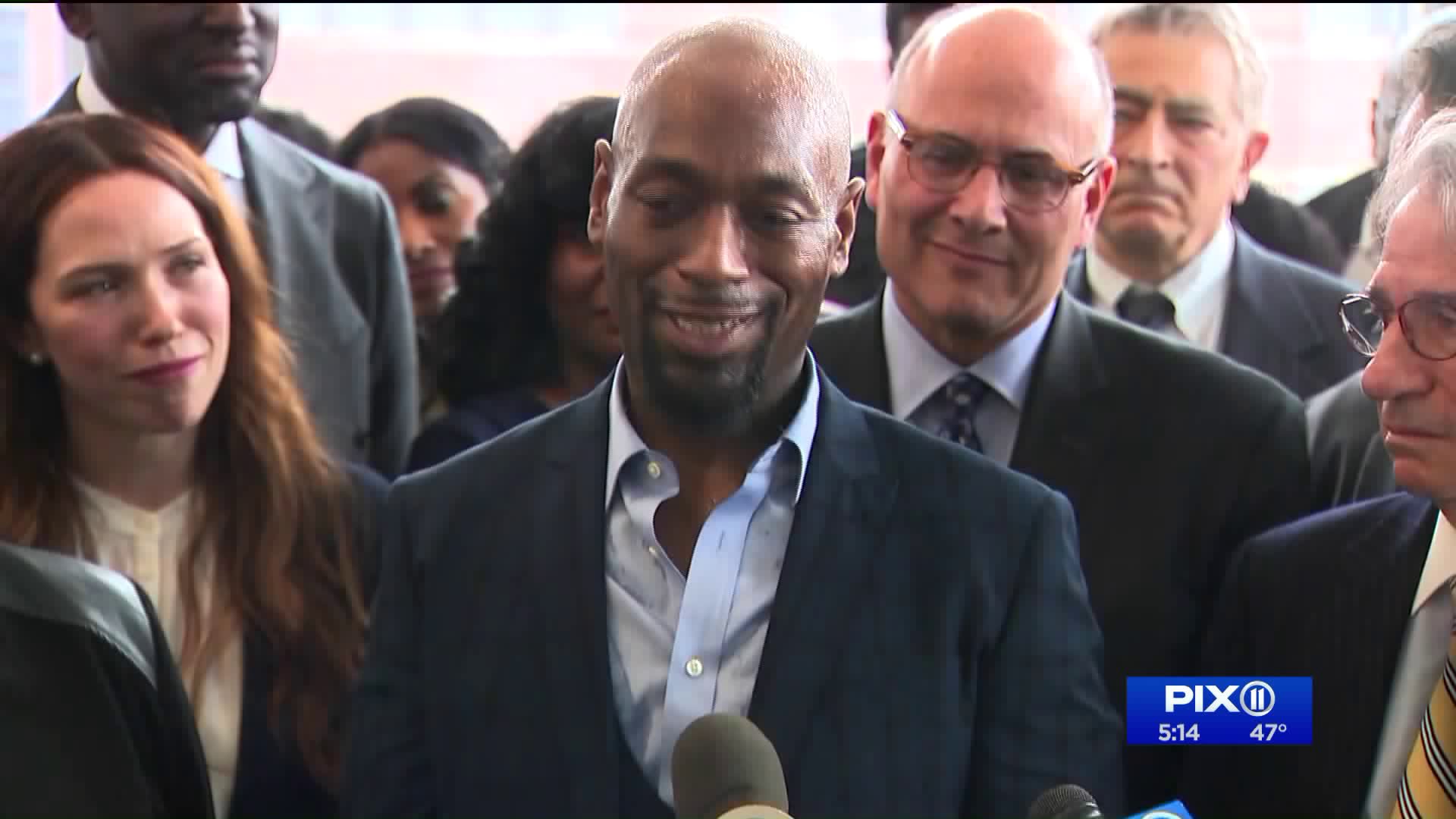 He`d been in prison for nearly two decades on a conviction of murdering his mother. On Thursday, after a two-year investigation and an order from a judge, it became official: Huwe Burton, 45, is innocent of the crime, which is now wiped from his record.

The BRONX — He'd been in prison for nearly two decades on a conviction of murdering his mother. On Thursday, however, after a two-year investigation and an order from a judge, it became official: Huwe Burton, 46, is innocent of the crime, which is now wiped from his record.

The move returns Burton to the status he'd had before his mother's killing in January 1989: an upright citizen who'd never had any trouble with the law.

The decision cannot, of course, restore the 19-and-a-half years Burton spent in prison for the crime. It does, however, expunge the murder from his record, and make him potentially eligible for compensation from the City of New York over his ordeal.

On the afternoon of Jan. 3, 1989, Burton came home after school to the multi-story home his family owned at 3515 Eastchester Road. He found his mother, Keziah, brutally stabbed and lying in a pool of blood in her bedroom. The teen's father was away in Jamaica on business at the time, and there was a serrated knife next to his mother's body.

Burton called 911. It was also quickly evident that his mother's car was missing.

Detectives coerced a confession from Burton. Days later, police pulled over Emanuel Green, one of the Burton's tenants, for a traffic infraction. A quick title search found that the vehicle he was driving was Keziah Burton's, and that it had been stolen. Detectives questioned Green, who had a history of violent offenses.

"Only Emanuel Green knew that the knife that was recovered near her body was not the knife used in the murder," said one of Burton's defense attorneys in court on Thursday. The lawyer, representing the Northwestern University Pritzker School of Law program that helped to document Burton's innocence, said that Green removed the murder weapon from the scene, and replaced it with the other knife.

Despite all of the evidence pointing to Green, investigators still pursued Burton.

Before Burton's trial began, in 1991, Green was killed in a lovers' triangle dispute. Prosecutors had his videotaped testimony, but it was not able to prevent a jury from convicting Burton of second degree murder, based on his coerced testimony.

The Innocence Project took up Burton's case, arguing that research and precedent cases since the time of his trial proved that police generally were easily able to force confessions from innocent teens. The Innocence Project asked the Bronx district attorney's conviction integrity unit to review Burton's conviction. It did, over a two year period.

The result was declared forcefully on Thursday by Barry Scheck, the legendary attorney and founder of the Innocence Project, in court. "The bald lie that Huwe Burton killed his mother is dead forever," Scheck said, pounding the court lectern for emphasis.

Outside of court, afterward, there were hugs and smiles, as well as a news conference, at which Burton further explained why he'd said on the record that his mother had been disrespected by the law and law enforcement.

"When my mother was murdered, the investigation was 48 hours," Burton said. "Had [investigators] taken a longer look, a more analytical look, they may not have rushed to judgement."

Burton, who's been free, and has become an elevator repairman, since serving his sentence in 2009, said that going forward, he'll continue to help other innocent convicts.

"Don't stop," he said was his advice to them. "Don't give up. Continue to fight."