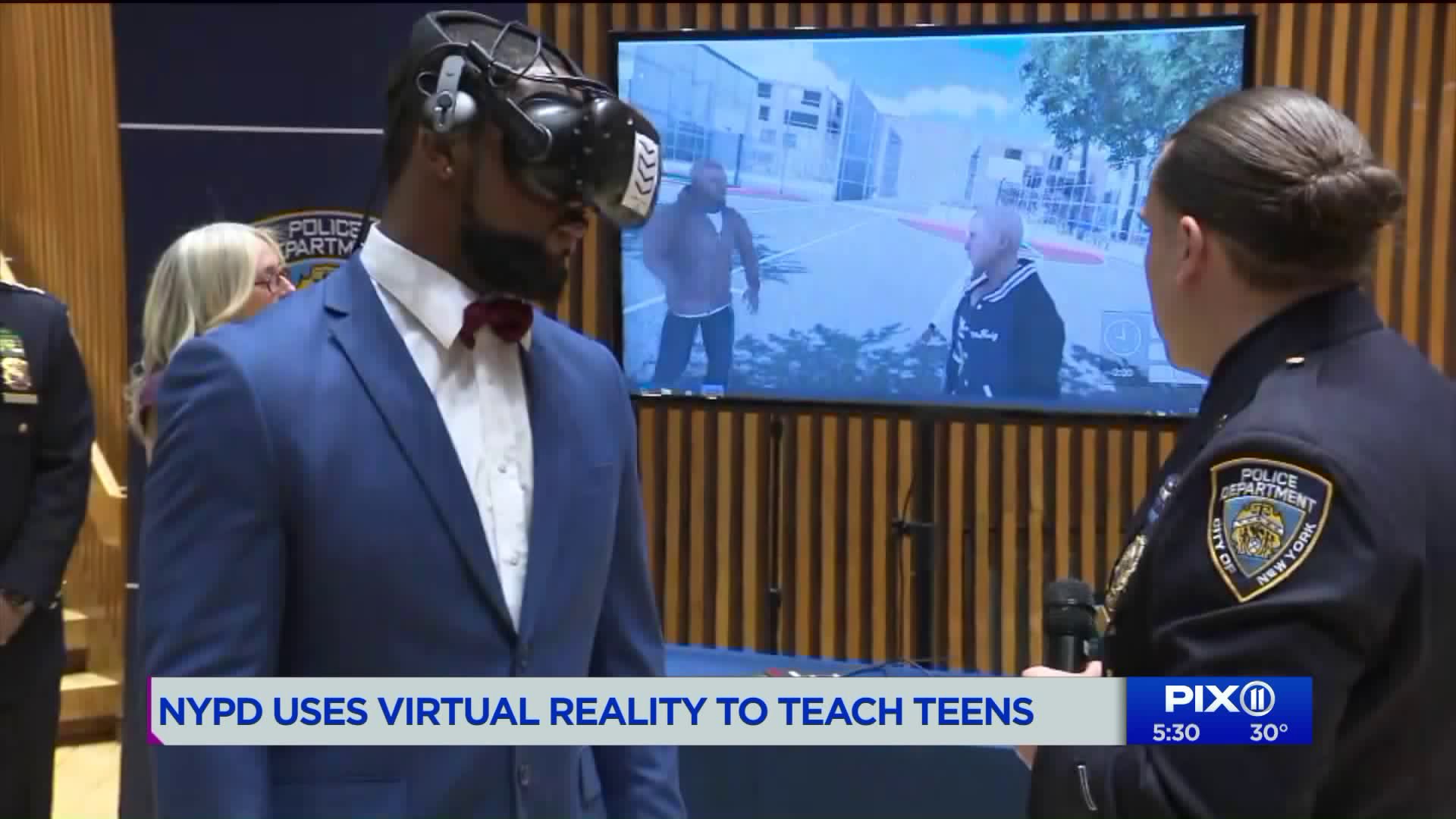 The NYPD hopes the program will help teens make good life decisions. It`s the first program of its kind in the country.

The NYPD is teaming up with teens to help them make good life decisions.

Their virtual reality program is aimed at helping NYC teens overcome challenges. It’s called Options, and it’s the first of its kind in the country. The program costs a half a million dollars.

Bryan Skerret tried it out Tuesday.

“We sat in a room and talked about what emotions we use on a daily basis,” Skerret, 16, said.

NYPD partnered up with the NYC Police Foundation and Street Smarts VR for the three-day program that focuses on emotional intelligence, de-escalation and real-life experiences that teens experience on the street.

D’Angelo Isaac is one of several teens who helped create the scenarios.

“You get to see the police side and the street side,” said Isaac.

The programs include virtual reality simulations that ask teens to join a gang or commit a crime. There’s also one where teens are stopped by police.

“We’re trying to get the youth to understand things we do in our agencies and officers need to understand struggles youth go through on a daily basis,” said NYPD Chief of Patrol Rodney Harrison.

At the unveiling at police headquarters Tuesday, teens demonstrated and reporters got a chance to try it out.