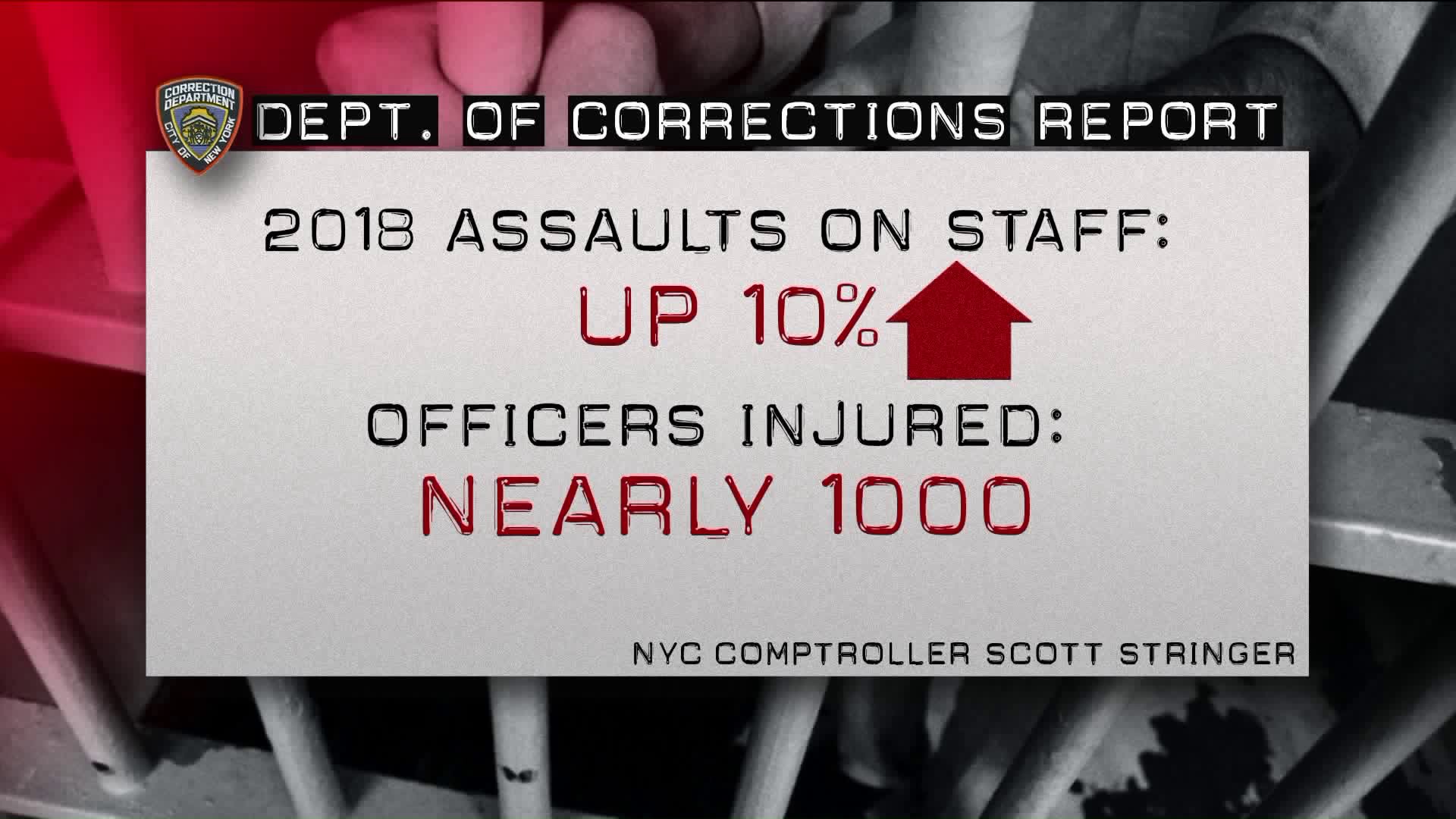 A new report from the City Comptroller Scott Stringer`s office highlights a new reality at Rikers Island. While the city has the lowest inmate population ever, costs and violence are skyrocketing.

A new report from the City Comptroller Scott Stringer's office highlights a new reality at Rikers Island.  While the city has the lowest inmate population ever, costs and violence are skyrocketing.

The report takes a look at the 2018 fiscal year, where the Department of Corrections average daily jail population hit a 37-year low, housing 8,896 inmates. However, the report shows the annual cost per inmate reached a staggering 300,000 dollars per inmate and the yearly budget ballooned to $1.39 billion.

"Everything is going up," says Stringer. "I don't think I have ever seen an agency like this in my years as Comptroller. The mismanagement and failure of accountability continues to haunt this agency."

Stringer points out that with a decreasing population, costs should not be going up.  However, the DOC takes issue with the numbers saying the cost per inmate is not as simple as dividing the annual budget by the yearly average population.

The department points out their budget includes overhead for safety, investments into physical facilities, officer hiring and training and programming for inmates.

In fact, prior to the De Blasio administration, inmates on Rikers Island received less than an hour of programming. In 2018, over five hours of programs were offered, including training to help inmates get a job once they are out of jail.

Stringer points out its taxpayer dollars that are footing the bill here and could be used to help other agencies.

"We should be looking at how to reduce costs here," says Stringer. "The more we save, the more we redirect to people who need it the most. That is responsible government."

The report also highlights a rise in violence despite a low inmate population.

The rate of total fights and assaults great 2 percent from 2017, according to the report. Assaults on correction officers grew by nearly ten percent to nearly 1,000 injured officers—something PIX11 has been reporting on.

Elias Husamudeen, President of the Correction Officer's Benevolent Association says it was the removal of solitary confinement or punitive segregation that led to a cycle of violence.

"Prior to 2014, we were able to keep the violence down," says Husamudeen. "That was in the day when punitive segregation was for everyone."

The comptroller's report backs up what Husamudeen says, showing numbers were far less prior to 2014.

However, the DOC disagrees and tells PIX11:

"We are confident that our reforms are working. Both the crime rate and our inmate population are at historic lows and the city's investments in jail reform are paying off. Slashings and stabbings have decreased by 42 percent and fights are down 4 percent. We'll continue to implement key reforms to drive incidents down further."

The report also showed the department employed 10,653 uniformed employees, with the number of officers being higher than the daily population, which would mean 1.2 officers per detainee.

But, Husamudeen takes issue with those numbers.

"That number is only correct if every correction officer reported to work at the same time," says Husamudeen.

Stringer says since the DOC disputes his findings, he wouldn't mind debating the numbers in front of a city council hearing.