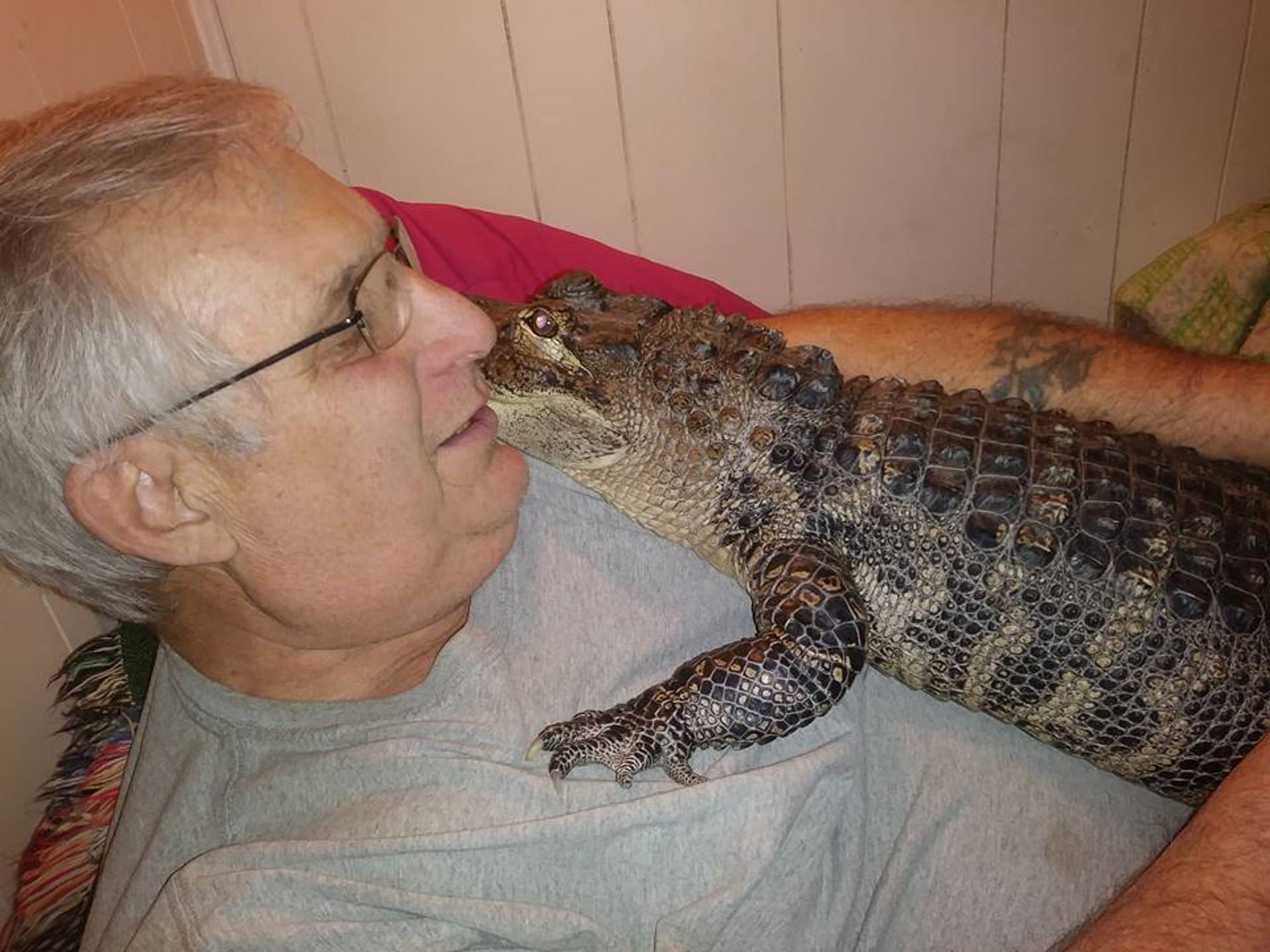 "He was only about maybe 20 inches when we got him, he was 14 months old," Joie Henney told PIX11 News. Wally is now 5 feet and weighs about 60 pounds.

Henney, who used to host a fishing and hunting television show, rescued his now 3-year-old alligator in 2015. He thought he would keep him as a pet, but after suffering with depression after the deaths of several of his friends, Henney found that being with Wally made him feel better.

“The longer I've had him, he just grew close to me," Henney said. "He took care of the problem. So we got him registered as an emotional support [alligator]. We got a letter from the doctor stating that it worked."

After a month-long training period, Wally is now housebroken. He lives with another alligator, Scrappy, in a 300-gallon pond in Henney’s living room.

He began taking Wally to schools, senior centers and other educational events in his community. That’s when Henney said he noticed that his alligator was also helping others, especially children with special needs.

While the gator has never tried to bite or attack anyone, you do have to be careful around him because he is a wild animal. Henney also warns people that they should not try to keep alligators as pets in their homes.

"He does well with me, but I guess now where I get a lot of my support from him is seeing what he does for other people," Henney said.