NYPD cracking down on heroin in the Bronx 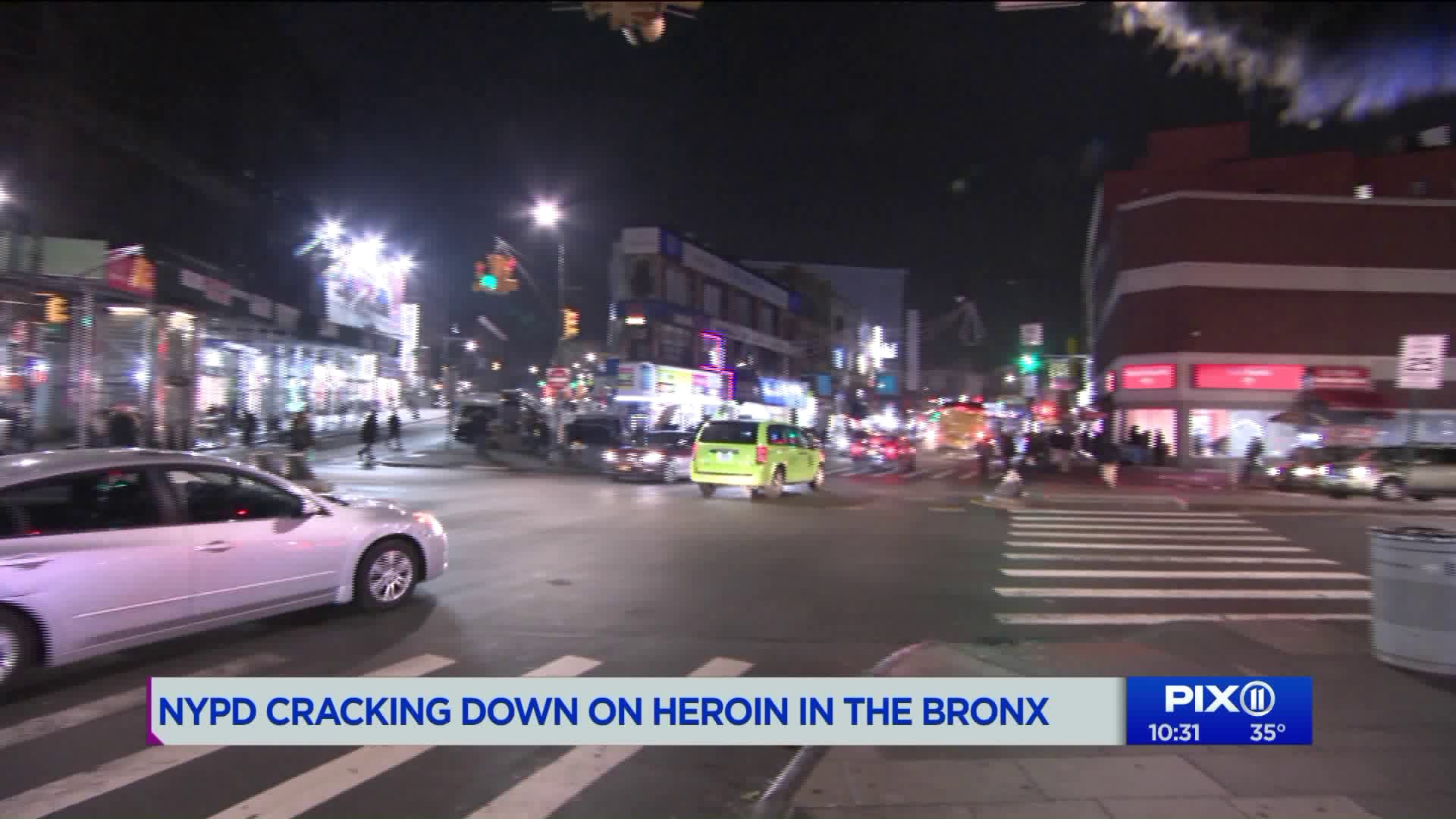 THE BRONX — As the inevitable forces of community development and gentrification spread across New York City, longtime residents like Marty rogers remains frustrated that the south Bronx – specifically the busy stretch of 3rd Avenue – still struggles with rampant heroin abuse.

“It’s like shooting fish in a barrel, the people who are selling and using drugs,” Rogers said.

Michael Brady, Executive Director of the 3rd Avenue Bus Improvement District told pix11, “no one wants to walk over a body to go shopping. That’s a fact.”

But the NYPD – joined by the U.S. Attorney's Office for the southern district – gave residents and business owners some encouraging news Friday night—a major drug bust.

“When you sell a narcotic, to somebody and they overdose, and it’s a fatal overdose, they call it death by sale. And it comes with up to twenty years in federal prison,” said inspector Lorenzo Johnson, Commanding Officer for the NYPD'S Bronx Narcotics Division.

“We’ve had fifteen small businesses open in the past year so much activity, we want to make sure that we create the framework so that they can succeed and thrive,” Brady said.

A year long investigation – based on community complaints– produced 10 arrests: A bust of what was described a big-time drug ring pushing a deadly cut of heroin.

“They were using a new drug known as fentanyl. A lot of these addicts are buying what they believe to be heroin, and unfortunately, it’s causing their demise,” said Johnson.

Rogers says he is tremendously grateful for the NYPD's support, but… “absolutely it is the tip of the iceberg. So scratching the surface, they need to dig down, and it is a problem where we heave a large population of people addicted to drugs, and also we contend that many of these drug rehab programs that are not being effective."

Business owners and residents say it is still one of epicenters of heroin sales and use – maybe not as open as it was just a few years ago.

They’re hiding in businesses, taking a human toll… and a toll on economic development, which is why everyone here agrees its still an uphill battle in tackling the opioid epidemic here in the Bronx.